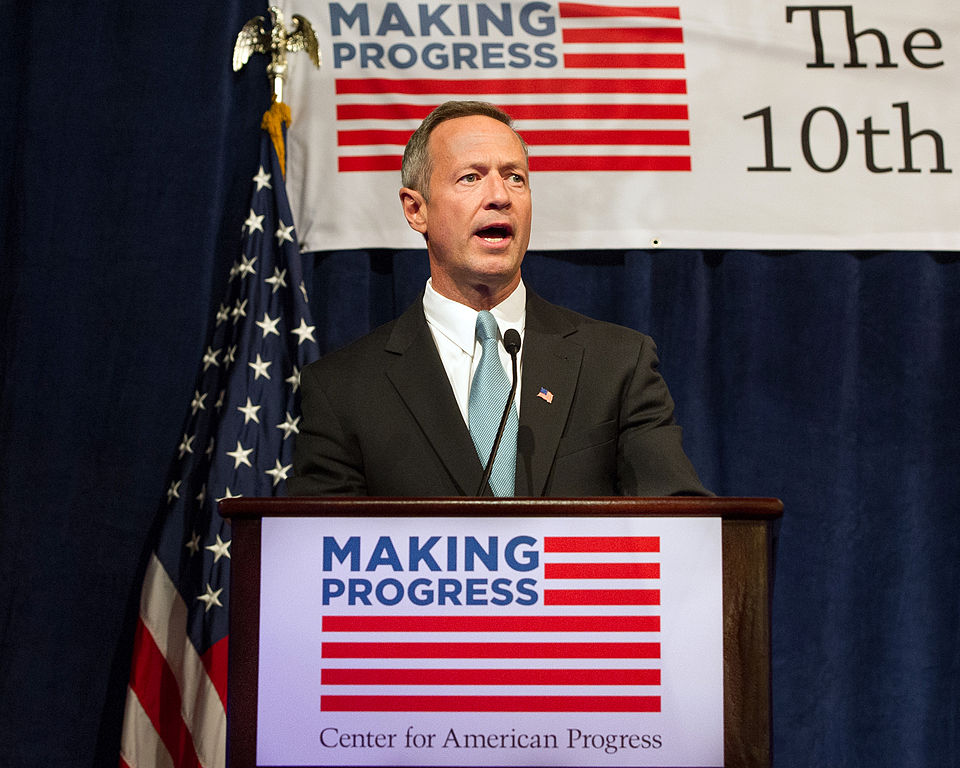 Fresh off his appearance on the Daily Show, Democratic presidential candidate Martin O’Malley is now turning his attention to the D.C. area’s civic tech community.

On Wednesday, October 21, the former Maryland Governor will host a civic tech pitch competition at the Microsoft Innovation & Policy Center in Washington, D.C. As Tajha Chappellet-Lanier of Technical.ly DC notes, the event will focus on exploring the ways innovation and technology can be used solve our country’s greatest challenges.

The pitch competition will feature dynamic local civic tech startups and entrepreneurs. Each team will have two minutes to pitch a panel of judges, and then the panel of judges- a group of leading tech executives — will have one minute to ask questions. After hearing from the contestants, they will choose a winner. The competition will be followed by a reception for young leaders.

O’Malley has a history of connecting with the tech community. While serving as Governor of Maryland, he created InvestMaryland, which awarded millions of dollars in grants to promising startups and early-stage companies in the state. More recently, O’Malley hosted a campaign event with civic tech leaders in San Francisco, and also headlined a panel featuring several social entrepreneurs working to improve public service through technology.

Kyle heads up marketing for Nurx.co, a health tech startup focusing on increasing access to preventative medicine through mobile health. In addition to blogging at Tech Cocktail, Kyle blogs at Huffington Post, and is editor of GenYize.com, a blog focusing on issues affecting Millennials today. He often writes about business ethics, affordable higher education and #Tech4Good. Connect with Kyle on Twitter @KyleMcCarthyism or at KyleMcCarthy.com.