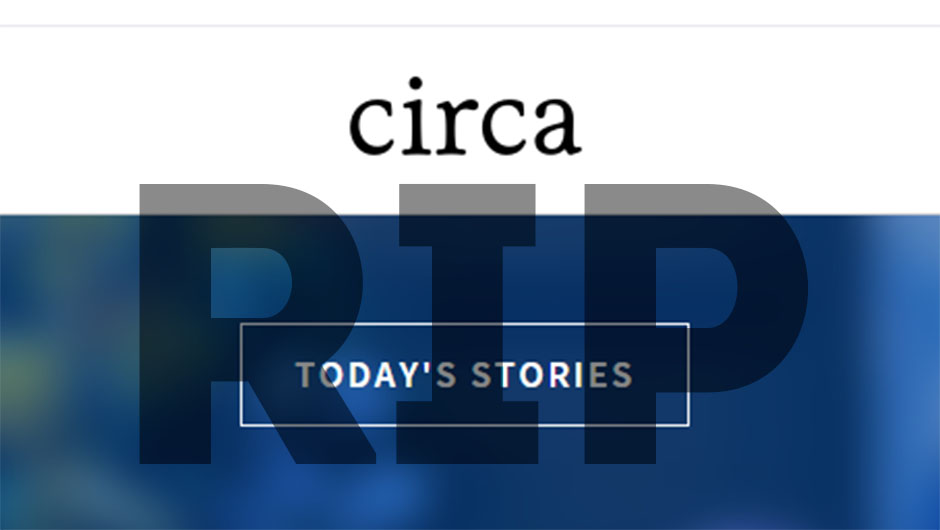 In a Medium post written earlier today, Circa News cofounder and CEO Matt Galligan announced that it the company would be winding down operations for the mobile-first news app. The news comes just a week after the company had reportedly been in talks with news site Daily Dot regarding an acquisition and a month after similar talks with Twitter.

As Galligan writes in the Medium post, “Farewell to Circa News”:

“Our mission was always to create a news company where factual, unbiased, and succinct information could be found. In doing so we recognized that building a revenue stream for such a mission would take some time and chose to rely on venture capital to sustain. We have now reached a point where we’re no longer able to continue news production as-is.”

Since the company's founding in late 2011, Circa had raised just a little under $6 million in funding – with its latest round back in March of 2014. Last December, Nieman Lab's Ken Doctor reported that the company was seeking an $8 million Series A round of funding. Then, in April of this year, Fortune's Dan Primack reported that Circa was seeking a buyer, after failing  secure additional venture capital funding.

“It’s with a deep sadness that we find ourselves in this position. We’re well aware that many of the concepts that Circa News introduced to the market are being found in a number of other news outlets, though sincerely we hope that those ideas which we pioneered continue to be an inspiration for others. While we’re incredibly proud of the product that we built, the quality of the news that we were able to report, and the audience that chose to make Circa News its news outlet of choice, we’re upset that we may be letting people down. As a company, we’re still working through an opportunity to keep the technology and spirit of Circa alive.”

According to the Medium post, negotiations are currently taking place around Circa, meaning its technology could very well be likely found on another news platform. Galligan also requested that any publications looking to hire great writers contact Circa Editor-in-Chief Anthony De Rosa, as their whole team has already been laid off.

This past March, Galligan joined at this year's SXSW Interactive and shared with us some insights on how Circa came about. You can watch the full video below: