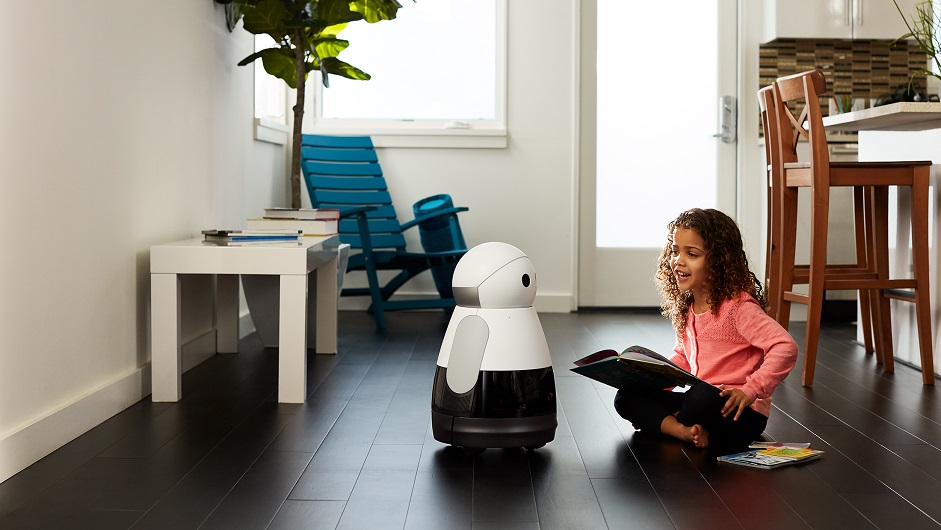 Picture a robot from the future. Maybe you're thinking of Star Trek's Data, Futurama's Bender, or the Jetsons' robot maid Rosie. One thing they all have in common: They have personalities, and they're treated as functional members of whatever family they're a part of.

Well, maybe Bender isn't the best example of a “functional” robot, but you get my point.

Now look at current robots. You might have named your Roomba, but that's about as close as a functioning modern-day robot has gotten to expressing a personality. Until now. Enter Kuri, the home robot.

Kuri is the brainchild of Mayfield Robotics, and the company's CTO Kaijen Hsaio was able to let all of Innovate Celebrate 2017 in on how and why she was created. Check out the Kaijen's talk and demo in the video below, though you'll have to skip ahead to about the 17 minute mark.

Kaijen and her team, she explained, were spurred to create Kuri by their shared dream for the future:

“We always wanted someone around your home like you'd see in Sci-Fi,” as Kaijen put it.

Instead, they got a robot that was either entertainment or functional, but never both. Kuri is their attempt to solve the problem, and usher in a new age in which robots are seen as useful members of the family: A home robot.

Kaijen stressed the equal importance of function and likability, saying “she needs to both be someone you want around and someone functional.”

Kuri has four mics around her neck in a ring, and has a camera buried behind her left eye, in a location that's hard to see. That's by design, Kaijen explains, as the screen that composes Kuri's face should only show eyes. Hiding the camera was tough: The team didn't want it to be visible through the eyes, as in many other robot designs.

Instead, they took a page from the funny pages, and build the face using cartoon principles: The eyes are two adorable dots, but can change through different positions of the eyelids in order to display differing emotions. A few of the desired traits Kuri should exemplify: She should be humble, and she should be curious. In this reporter's biased opinion, she totally succeeds. The robot blinks and eye-smiles just like a cartoon, without any of the creepy “uncanny valley” that can be a barrier to a more realistically human robot.

The team also overcame a host of concerns, from the laser-based navigation and custom-built depth sensor they designed themselves to the wheel alignment need to help Kuri truck around a house — for the latter, they eventually settled on a setup similar to a typical cleaning robot.

The Future Is Cuddly

By the end of her demo, Kaijen had made her perspective on the future clear.

“We want robots to succeed in the home,” she said. “Not just ours, but everyone else's, so we can have a robot revolution.”

And if Mayfield Robotics gets its way, we know just what kind of revolution that will be. A cute one.

Follow all of our coverage at Innovate Celebrate at TechCo

Read more about the latest trends in robotics at TechCo