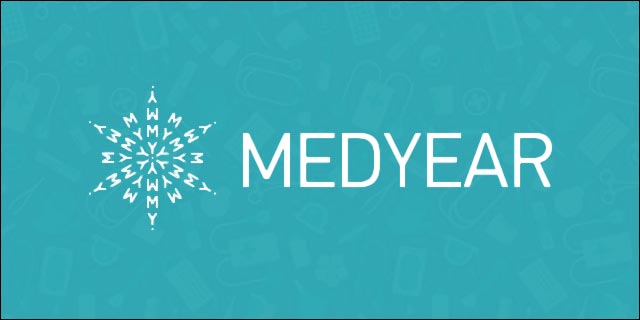 On Monday, NYC-based startup Medyear released a short documentary on the social stigmatization of HIV/AIDS in South Africa, and how mere access to privacy tools can significantly improve the treatment of those dealing with the virus. Aside from highlighting the social impact that startups can continue to make on a global scale, the documentary is also revealing of software's ability to cause such impact.

“I'm not just sure, I'm HIV-positive,” says Eric Cartman, the foul-mouthed, obese elementary student  in the Comedy Central animated hit South Park. Back in 2008, the show aired “Tonsil Trouble”, an episode wherein Cartman, in the process of getting his tonsils removed, accidentally gets infected with HIV. An egotist, Cartman attempts to gain support and sympathy from those around him, but ultimately fails because the AIDS awareness fad has decidedly died out according to everyone else.

While playfully satirical, this particular South Park episode brought to light the privileges of the Western world in earnest, where advancements in technology, healthcare, and social thought have afforded us with the tools and support to combat HIV and AIDS to the point of near irrelevance – it has become just another treatable disease (“treatable” in the sense that we no longer have to fear imminent death). For those in the West, there's no longer any shame in contracting HIV, and even if you do, treatment is readily available.

Yet, on a global scale, it's still very much an overbearing problem, with 33.4 million people in the world living with HIV/AIDS. Whereas those in America have easy access to treatment options, 70 percent of all people living with the virus (25 million people) live in sub-Saharan Africa, where both access to technology is limited and HIV remains a largely stigmatized topic.

“HIV/AIDS is the scourge of our generation, and Africa is ground zero…[but,] there are deep social issues that stand in the way, such as stigma,” says founder and CEO Panha Chheng. “We believe that privacy-loving technology solutions like Medyear that give people a voice and a means to get medical help will make a big dent on the problem because of their ability to easily scale.”

Medyear provides a social, mobile platform that allows consumers to manage their health in a private and more efficient way. Through the mobile software, users can easily digitize and manage their health records and control who can have access to that information (such as one's healthcare providers and private networks like family). On Monday, the company launched their platform out of beta, in alignment with the premiere of their documentary “Song from Heaven”.

Earlier this year, Chheng traveled to South Africa to explore communities where Medyear could affect social change. It was at iThemba Labantu – a community center in South Africa, where people can get free access to things like education and health care – where they discovered that the privacy features offered through Medyear's app could impact those living with HIV/AIDS in a huge way.

“These little efficiencies can make a huge difference in someone's health and get them to seek treatment and to live long, productive lives,” said Christian Pilling, who's heading up Medyear's Indiegogo campaign.

Post-trip (and after participating in 1776's Challenge Cup Cape Town Regional Competition), the company decided to work on an Indiegogo campaign to provide 50-100 low-cost smartphones and data plans to members of the community that are dealing with HIV. The goal is not merely to get these people to use Medyear's app, but, instead, to provide the community with the necessary tools to enable them to seek medical treatment, in private, and without public judgment.

And, while the company's Indiegogo campaign is directed at getting the necessary hardware (smartphones) to the people of this South African community, it is not the hardware that will enable those infected with HIV to actually go out and seek clinical attention; rather, their concerns regarding privacy and social shame are solved through Medyear's software solution. This brings to light a key lesson in Medyear's campaign: that the world of software isn't dead, and that hardware – while certainly on a rise – are not the only things that can impact real-world social change.

At a time when Millennials scramble to build the next big social app, talk around pockets of the tech startup community question the growing irrelevancy of software and its applications on the real world. Such naysayers can quickly be proven wrong, however, when we take a look at the $4 billion invested in software alone in the first quarter of 2014. On a greater analytical level, such pessimism by some could, again, be seen as a symptom of our Western privilege – a mindset that fails to see possibility in things with which we've already grown tired yet haven't fully materialized in the developing world.

Even though we can't guarantee that the software startups receiving funding will truly impact the world in any big way, Medyear's app is an example of software that is actually causing social change. The company will officially launch their Indiegogo campaign on June 7th. In addition to purchasing low-cost smartphones and data, the campaign will help the company train the staff at iThemba Labantu and cover production costs to complete the documentary.