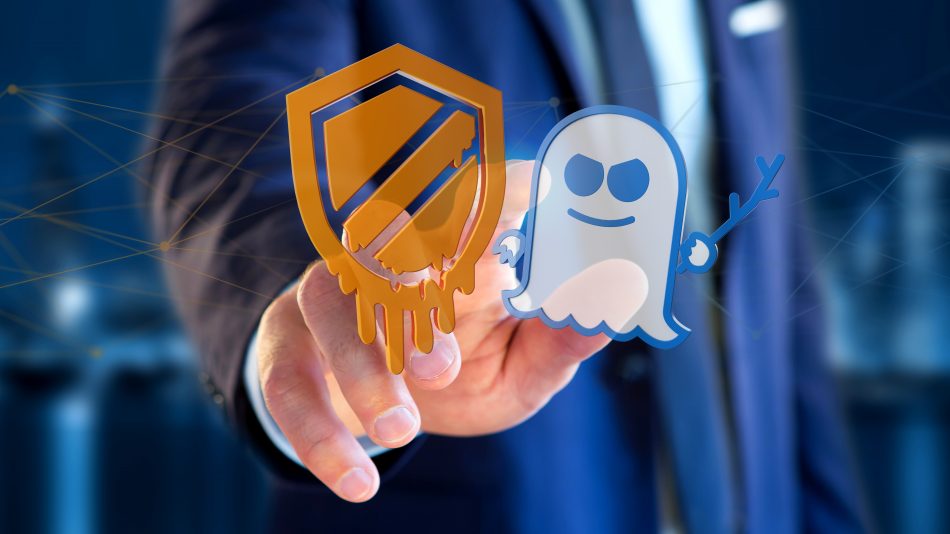 Processors. They're not exciting, they're not sexy, but the moment they stop running properly, you'll sure know about it. That's why the reveal this January that every computer, tablet and smartphone on the planet (yes, yours too) was affected by the Meltdown and Spectre processor flaws created such a news impact. Worse, the fixes for them were reported to cause up to 30 percent slowdown for a computer. However, new test findings have discovered things may not be quite so gloomy.

Meltdown and Spectre are two fundamental, unrelated flaws in how chipsets are designed. Though both were uncovered in the summer of 2017, the public wasn't made aware of the issue until January 2018. Both flaws leave computing devices open to theoretical security threats — importantly, neither have been exploited by hackers, to date.

Chip manufacturers (principally Intel) and computing and OS brands have been racing to apply fixes to patch the security threats. Initial reports in January suggested that these workarounds could affect device performance speed by as much as 30 percent — particularly in the case of addressing Meltdown on Windows PCs. Consumers were left outraged and unsure about whether to even install the fixes.

However, a recent report by British consumer testing organisation Which? has found that the impact of the fixes may be far milder than first feared.

What are Meltdown and Spectre?

Meltdown is the name given to a flaw that affects pretty much every Intel processor from the past couple of decades. If exploited, it could allow a hacker access to the memory of your computer, and the sensitive personal data potentially stored there.

Spectre is a separate flaw that affects chips from Intel, ARM and AMD in mobile devices including Android and iOS phones and tablets. It's a completely different type of risk — in theory, it could allow a malicious app-writer to piggyback the access to your data that a secure app has been permitted. Again, this could mean access to sensitive personal data.

Neither system flaw has been exploited, and fixes have been made available. For the most part, these have come bundled into system updates for Windows 10, macOS, iOS and the various flavours of Android.

Between the two security flaws, pretty much every computer, tablet, or phone worldwide was left vulnerable. Whatever device you're reading this story on, it's more than likely to be affected by Meltdown and/or Spectre, or has already received updates to address them.

Make no mistake, both security flaws need a fix. But, when the flaws were first reported, initial fears of a 30 percent slowdown after the fixes were applied to devices (Windows PCs in particular) caused understandable outrage.

So here's the good news. In independent lab tests, UK group Which? has found that the impact of the fixes is a far more palatable 3 percent, or, in some cases, barely detectable at all. The consumer testing group set up Windows 10 laptops ranging from a top-of-the-line Microsoft Surface Book 2 to a humble sub-$300 HP Stream model, testing their processor performance against benchmarking software both before and after applying the fixes.

The conclusion? Don't hold off installing those updates, as you're barely likely to spot any slowdown.

“Losing any speed isn’t ideal,” says Which? tester Jack Turner. “But in real terms, this sort of drop would be indistinguishable for daily users, and a far cry from the 30% that was being mentioned back in January.”

Case closed? Perhaps not entirely. While it's great to see that Windows 10 devices may weather the Meltdown storm, older computers running Windows 7 may have a mixed experience. Still running Windows Vista or XP? Time to upgrade or replace your PC anyway, as these operating systems are no longer supported by Microsoft and may not be secure.

Apple and Android fixes for Meltdown and Spectre

Windows users aren't the only ones affected by these security flaws. But, it's good news for Apple fans — according to the company, there's no detectable impact after installing the fixes, which were made available back in December.

“Our testing with public benchmarks has shown that the changes in the December 2017 updates resulted in no measurable reduction in the performance of macOS and iOS,” states Apple.

Rolling out fixes for Android is a more complex matter. Different devices worldwide run different versions of the Android operating system, whether that's one from a couple of years back, or a device manufacturer “re-skinning” of Android OS. Fixes for Spectre have been rolled out in waves. It's important to ensure your device is kept up-to-date. To stay extra safe, stick to using the official Google Play store. Now's not the time to be straying away from the vetted Google app environment.

Read more about Gear and Gadgets on Tech.co