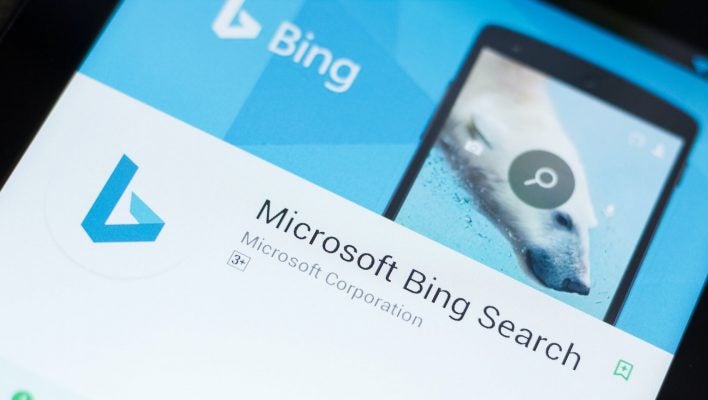 One of the world's banner tech rivalries is heating up, with Microsoft announcing that it will be forcing users to install an extension that makes Bing the default search engine in Google Chrome.

Office 365 remains the jewel in Microsoft's crown. While Google's family of comparable free, cloud-based productivity apps is a popular go-to, millions of users are willing to shell out a few extra bucks to get access to one of the most well-known online resources in recent memory.

Microsoft clearly hopes that it can push its search engine it pole position with this move, but there's good news, you can turn off the option and carry on using Google's much more popular search engine, instead.

In a Microsoft blog post, the Seattle-based company announced that premium users of the Office 365 Pro Plus suite of apps will be forced to install an extension that makes Bing the default search engine when using Google Chrome. The company naturally spent its fair share of time in the post trying to convince users the switch is worth the hassle.

“By making Bing the default search engine, users in your organization with Google Chrome will be able to take advantage of Microsoft Search, including being able to access relevant workplace information directly from the browser address bar,” read the post. “Microsoft Search is part of Microsoft 365 and is turned on by default for all Microsoft apps that support it.”

Microsoft is specifically hoping this move will get people to at least try out Bing before immediately opting for the measurably more popular Google search when using Chrome. The company is even offering a “Microsoft Search in Bing Adoption Kit” aimed at helping businesses to prepare for the change.

Admittedly, all of this makes it seem certain that every single person using Office 365 is going to be forced to use Bing, whether they want to or not. Luckily, the situation is not that dire.

Which users are affected?

If you're sweating about having to use Bing, don't worry. This decision doesn't affect every single Office 365 user. Rather, only premium users of Office 365 ProPlus — with a version from 2002 or later — will be forced to install the extension. Additionally, the change will only go into effect in Australia, Canada, France, Germany, India, the United Kingdom, and the United States.

Naturally, more countries will be added over time; as long as everyone on the planet doesn't revolt in the face of this forced adoption. In fact, the revolting has already begun, as many users pushed back on the decision almost immediately.

What if I don't want to use Bing?

Well, you're not alone. In fact, Microsoft saw so much backlash to this decision that they added a specific section to the blog post that thoroughly explained how Office 365 users can do away with this extension and keep using their favorite search engine.

With 155 million Office 365 users worldwide, you can't blame Microsoft for attempting to supercharge its search engine numbers on the back of its most popular product. Still, as Apple found out during the U2 debacle of 2014, no one likes it when tech companies try to force users to do anything.