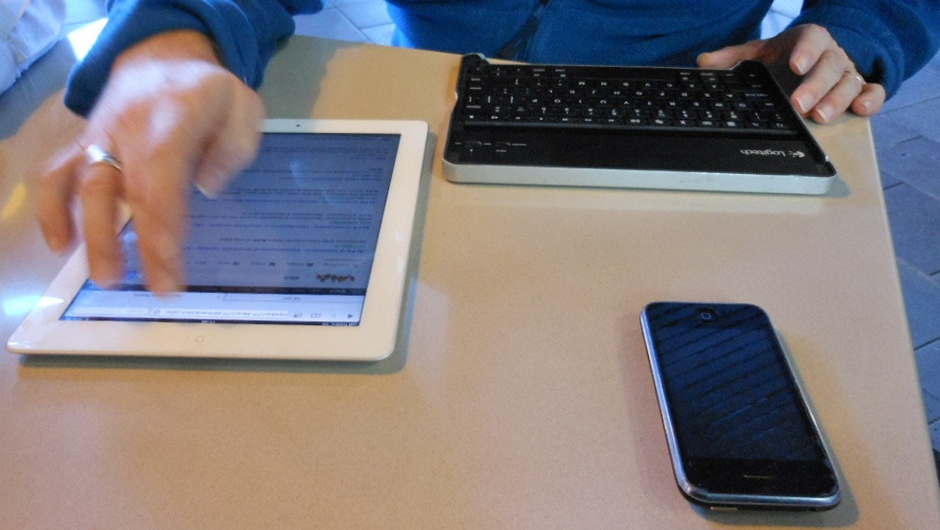 Why do certain developers choose to build for iOS or Android first? It differs from person to person and company to company: sometimes the limitations of the iOS approval process turn people off while other times the varying specs and size of Android devices makes developers pull their hair out.

Each has their own respective strengths and weaknesses. However, they’re both united by the fact that the world we live in is now a mobile first world. That is, they’re both winners over web platforms these days.

Tech.Co has been compensated by University of Phoenix for this article. All thoughts and opinions come from Tech.Co.

Let me lay out some quick stats that I got from Mobithinking, via Code My Views:

The numbers here corroborate the fact that we’re in a mobile first world, so there’s really only one question to ask. Why wouldn’t you build for mobile first? The simple answer is that you wouldn’t.

“If you still have it in your head that mobile web design and application development is a niche industry, you need to change your way of thinking. Mobile isn’t a trend, nor is it even the future, it’s the present,” reads the Code My Views article.

We heard as much from Matt Galligan and Brady Forrest, two huge proponents of building for mobile first, at our 2014 Celebrate Conference in Downtown Las Vegas. During their time on stage, Galligan asked the audience a question: How many services do you use that are actually built on a web platform?

We do use some, but for the most part the services we use are built for the mobile first world we now live in. It’s also why mobile developers are in such high demand these days.

There are a lot of startup companies who have embraced this mobile first mentality as well. Take, for example, Ink Messenger – they built out an alternative platform to the traditional SMS messaging. Wouldn’t it be totally ridiculous to even consider developing for web in this situation?

It absolutely would be, but that also says something important about the state of startups these days: mobile development has opened new doors for them to rapidly innovate and iterate platforms. Though, this isn’t a trait relegated purely to the archetypal startup: bigger companies like Imgur are also starting to shift towards mobile first.

True enough, Imgur did in fact start out web based and they’ll continue to maintain that presence. However, over the last few months we’ve seen a host of new releases for Imgur that are completely mobile first and mobile focused – the future for them is in mobile.

It doesn’t matter if a company is old, new, big, or small – everybody needs a mobile developer. That is to say, there are a lot of job openings for those interested in pursuing a mobile development career.

If you’re headed back to school, courses in mobile development will help you adapt to this rapidly changing technological world. Pursue classes in web, mobile, iOS and Android programming as well as web and software coding courses—it’s well worth your while.