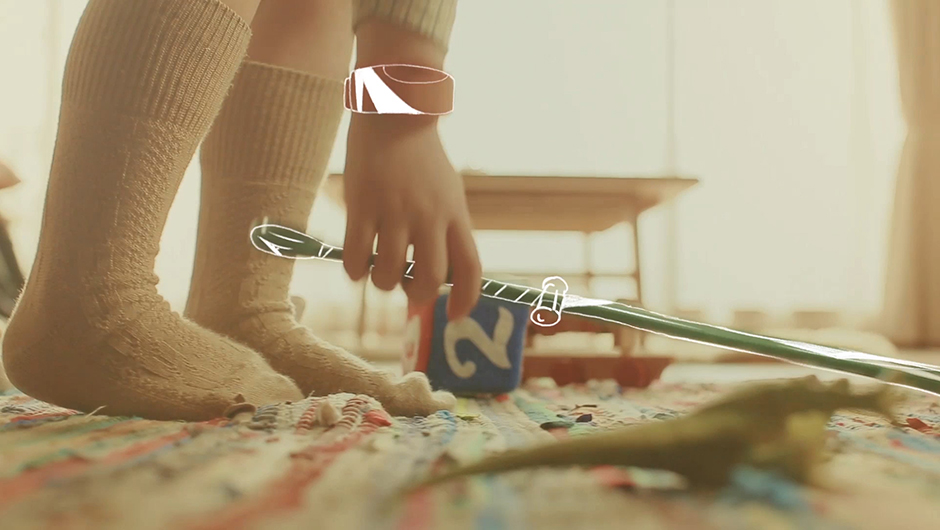 As any parent who has stepped painfully on a stray LEGO, broken their back picking up balls and blocks off the floor, and stocked away yet another box full of ‘unplayable' toys will tell you – toys have taken over our lives. Toys are expensive, toys are necessary, toys drive us crazy and toys give us a much needed break. We can't live with them, we can't live without them.

But what if play time didn't have to involve toys? What if everything could be a toy?

Sounds unbelievable, even magical, but Moff is here to redefine playtime by doing just that. Moff is a wearable technology for kids that can transform everyday objects into playable items. It is a wrist band that slaps on and pairs with an iOS device. The Moff band picks up wrist movement and interprets the action into meaningful sounds.

Imagine holding a spatula and slicing the air with it. With Moff on your wrist you now have a sword!

Multiple Moff bands can be paired to a single device making it easy to have family play time.

Moff is based in Tokyo, Japan and we caught up with the CEO Akinori Takahagi to talk about his journey so far.

Wearable technology is the current hottest trend that has excited everyone. Which current trends excite you?

A trend that I am excited about as a user and a consumer is a new user experience (UX) that would replace the current Graphical User Interface (GUI). That may be a new wearable device, or a new service. I am growing weary of the present visual sensational GUIs and I speculate that there is more we can do.

What will you spend your next marketing dollars on?

Make a Star Wars edition of the Moff Band. Not only the design but create sounds of the light saver or further weapons that appear in the film. Subsequently, we would bring it to The Walt Disney Company and cooperate with them.

You have had a successful Kickstarter campaign already. What other signs of success have you had?

In the beginning, we did a user test with a trial piece of the Moff band with kindergarteners in Japan. The kids were very excited about the toy and enjoyed it a lot! At that time there was till much for us to consider in regards to development of the product; however, they all said they craved for one. That was one of the most encouraging sings of success ever.

Where do you ultimately want to go with this product?

We want to get rid of all the GUIs and mobiles from the human lives. Make a world where we would not have to take so many things around with us. Instead, make a world where the surrounding environment will sense our emotions and thoughts and assist us by making it to form.

Apart from play, in what other ways have people used your product?

A Japanese performance group using our Japanese Samurai sound in order to liven up their event.

Zainab loves building digital products. She cofounded and ran TappedIn - a social discovery tool focused on helping people build meaningful relationships - for 3 years and currently heads up the social and mobile suite of products at Fishbowl Marketing. Previously she has managed product design and operations at The College Board, developed enterprise solutions for Capgemini Consulting and worked in ground breaking SAP technology with Satyam Computer Services.