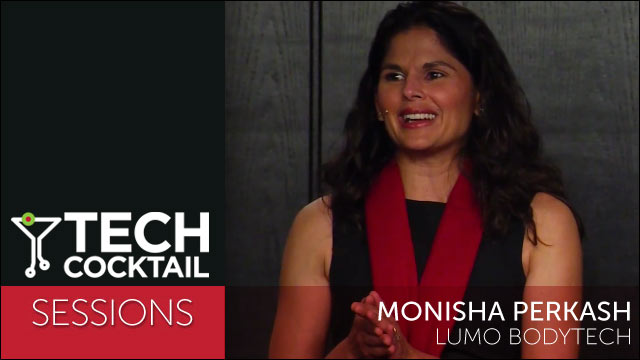 Monisha Perkash is an individual motivated by a singular, powerful force: do good and do well at the same time. As an accomplished entrepreneur and business leader, she’s gained valuable insights and experiences into managing cross-functional teams to fulfill her desire to do good and do well.

Before she began her career with Lumo BodyTech, Perkash was the CEO and co-founder of TuitionCoach, which was ultimately acquired by SimpleTuition in 2009. She oversaw the financing, launch, and general management of the startup and stuck around as the VP of Products post-acquisition.

But as time went on, she had an urge to get back into the entrepreneurial game and do something else; Perkash wanted to leave a positive impact on the world. So, she teamed up with a doctor and an engineer to design a human-centric approach to build Lumo BodyTech.

We welcomed Perkash to Downtown Vegas recently, and we heard her talk about how Lumo BodyTech got to where it was. The driving force behind the company’s success was failure and how the team embraced it along the way. Fail early, fail often, but always fail forward and take those failures with you to your future efforts.