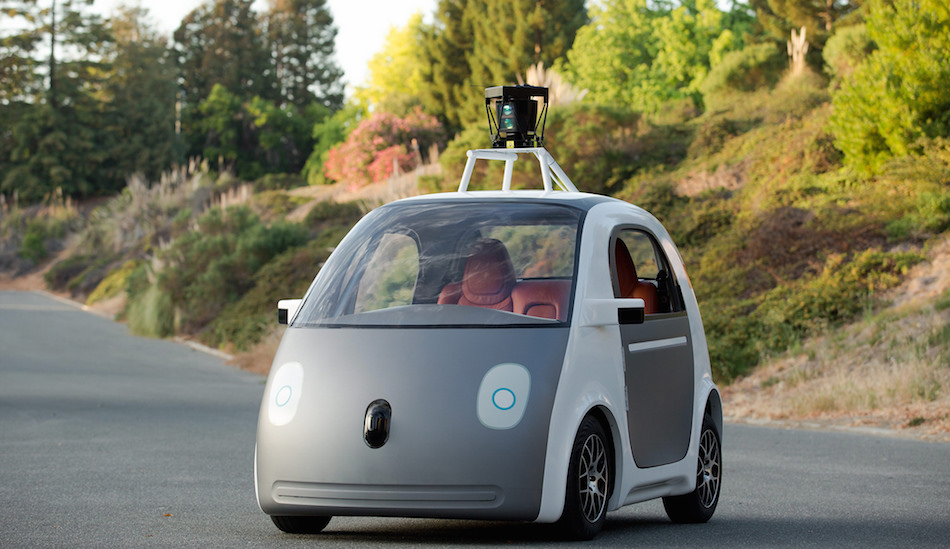 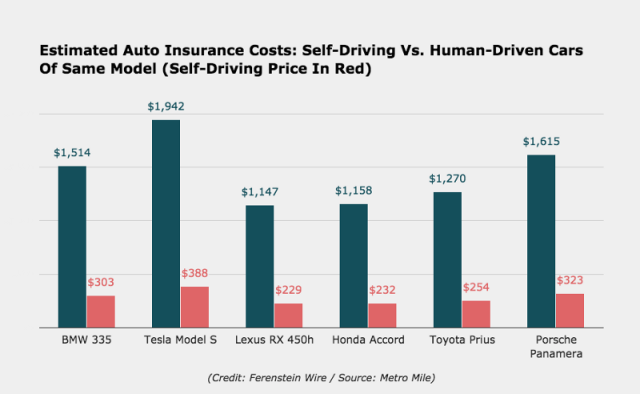 (Ferenstein Wire) — Self-driving cars will save the average driver about $1,000 annually, or cost $250 a year total, according to estimates from auto insurance startup, Metromile.

Robotic self-driving cars have a near perfect driving record; thus far, when self-driving cars do get into accidents, it’s because humans were responsible. Since Google began to release details about self-driving car accidents, reports from the Wall Street Journal, the RAND Corporation, and KPMG have all predicted a dramatic shrinking in the auto insurance industry.

So, to put this speculation into a concrete figure that most people would care about, the Ferenstein Wire asked the actuaries at insurance startup Metromile to take evidence from Google’s detailed accident report and construct their own pricing model for self-driving cars.

Metromile recently partnered with Uber to provide its drivers a special insurance deal. Since Uber is on record for wanting to replace its fleet with self-driving cars, Metromile will likely be among the first companies that must come up with pricing models at scale.

The insurance model is based on a 20-year-old single female in the San Francisco bay Area, driving 12,000 miles/year. Most of the cost savings from self-driving cars come from the near elimination of accidental collisions (a 90% reduction).

So, why do we still need insurance if so few cars get into accidents?

The model estimates that some cars may be vandalized or broken into, which makes up much of the yearly insurance cost for autonomous vehicles. In the future, self-driving cars could just park themselves in a secure garage at night rather than waiting around while their owner sleeps or goes grocery shopping — making the price even cheaper.

To give readers some back-of-the-envelope estimates about how this might change the value of a car, here’s an example. Over the lifetime of the car, assuming about $6,000 in total savings over 5 years, a self-driving Tesla model III could be cheaper than a human-powered BMW 2 Series (~$36,000 vs. $37,000 for the BMW in total costs for each car).

“I would anticipate that in the short and medium term, claims are likely to gradually go down as crashes become less common,” says James Anderson, a behavior scientist at the Rand Corporation, who recently wrote about the long-term impacts of self-driving cars [PDF]. The Ferenstein Wire asked Anderson and other experts to double-check the validity of Metromile’s model.

“At some point in the future, it is likely that we will get to 90%
reductions in savings,” he continues, but images that such savings could be 10 or more years down the road when self-driving cars are near universal.

Self-driving cars are not yet legal and state governments have been slow to permit them. Self-driving cars face roadblocks from cautious lawmakers and could, eventually, face hurdles from the auto industry.

But, if consumers know that such laws are costing them $1,000 a year, public pressure could accelerate their legal standing. Nothing gets voters more fired up than their pocket books.