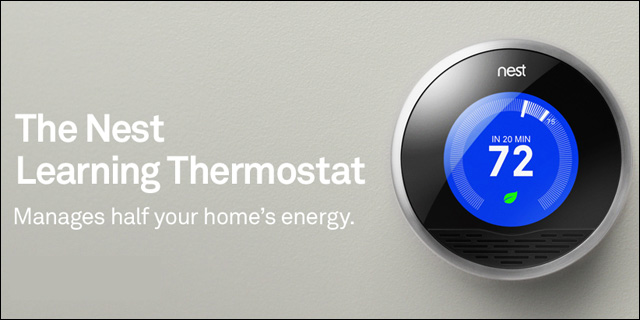 “We [are excited] to reinvent such an important yet unloved device that would make people’s lives easier and hopefully, make the world a little better too,” blogged Fadell, who left Apple in March 2010. He cofounded Nest Labs with former iPod and iPhone lead engineer Matt Rogers.

Nest learns your day-to-day temperature preferences after you fiddle with it for a week, though you can adjust them later at home, online, or on their mobile app. The wifi-enabled device senses when you’re away, detects the weather, records your energy history, and – for good measure – lights up when you come near it.

Customers eager to go green and save money on energy bills should note that Nest doesn’t work with high-voltage systems. Also, its Auto-Away feature kicks in two hours after you leave the house, so it won’t work for short trips. But the learning component sets it apart from programmable thermostats like Honeywell’s. Nest Labs is funded by Kleiner Perkins and Google Ventures, among others.

Nest will be released in mid-November; you can pre-order now for $249 through Nest.com or Best Buy.