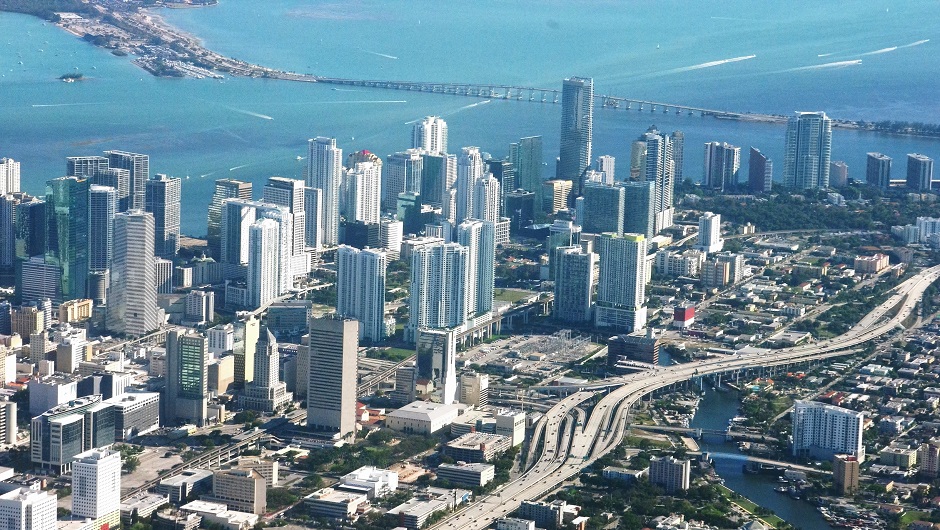 Cambridge Innovation Center (CIC), a well-established entrepreneur community and work space, has moved to Miami. The space has only been open in full since this fall, but it's already working to bring the same support and resources to Miami startups that other CIC locations have already done in the past for other startups you may have heard of — Google, for instance.

Located at the University of Miami Life Science & Technology Park in Overtown, CIC Miami offers plenty of event space, offices, and co-working areas. There's even a Venture Café hub on the sixth floor.

An Engine of Innovation

“I envision CIC becoming an engine and accelerator of innovation and technology in this city, a hub of collaboration, binding together a lot of entities that are siloed or dispersed. I imagine us as playing a role in deepening the ecosystem, including in the Overtown area, and creating a more well-versed investor community. One of the things that excites me most about CIC in Miami is the philosophy that CIC has about community impact and economic impact. They’ve proven their case in Boston, Cambridge and St. Louis.”

CIC's track record name-checks many impressive companies, from marketing startup Hubspot, which pulled in a $125 million IPO in 2014, to global energy service Greatpoint Energy, which was founded at CIC and has a 2012 deal to build 34 nuclear reactors in China at a total cost of $1.25 billion.

To get a few specifics, I reached out to Martinez-Kalinina myself. Here's what she had to say:

“CIC officially opened its doors in October 2016, but we have some construction and revamp pieces to finish before we can count the full 80,000 sq ft as deployed. Programmatically, we have already started rolling out our projects, partnerships, and community engagement pieces, which are a core portion of our vision in any city and which will be rolling out over the course of 2017. Our sister nonprofit – Venture Cafe Miami – has also already kicked off their official community engagement and events initiatives, so there is all around momentum on all fronts.”

The end goal, as Martinez-Kalinina clarifies in another article, is to significantly contribute to Miami's ecosystem:

“The success of CIC as a physical platform relies on our ability to converge the kinds of stakeholders, programming and collisions that will turn Miami into a mature ecosystem.”

The companies that joined CIC Miami after its October launch include a strong variety, Martinez-Kalinina explains:

“While our client base is rooted in life sciences and healthcare, which is representative of the South Florida market and our location in Miami's Health District, we have been focused on building CIC Miami's plurality. For example, Urban Philanthropies is teaching cyber security coding to low-income students in Miami, while their neighbor Express Gene researches breast cancer. Down the hall, ERinfo’s technology enables first responders to access health records during an emergency using facial recognition, while The New Tropic connects locals to substantial programming in the city, informs them on relevant news items and stories, and hosts events that add to the sustainability of Miami as a destination for the people that live here.”

“Miami is the Hong Kong of Latin America. I lived and worked in Hong Kong and it is a place that emerged as the focus point for an entire continent’s business. We think that Miami has that potential. […] We are trying to build the infrastructure in the cities that have the potential to make an impact on the world.”

Will CIC Miami's bet on a coworking space for Miami pay off in a mature, healthy startup ecosystem? Only the best and brightest in Miami's startup community can make a difference. They've begun to show up at CIC Miami to do just that.