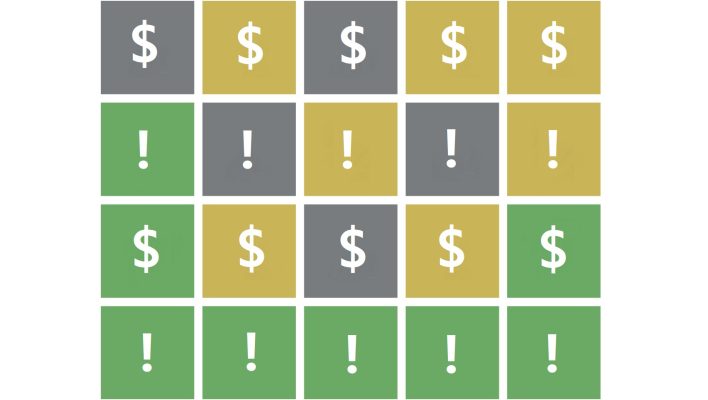 It was bound to happen sooner or later – Wordle, the popular daily word game, and social media trend, has been sold by its creator.

The game was purchased by the New York Times for a ‘low seven figures', and while the NYT is remaining cagey about the actual price it paid, we would imagine that the man behind the game, Josh Wardle, is very happy indeed.

However, questions are now being asked about the future of Wordle, with the NYT stating that it will remain free ‘initially' – worrying language for any Wordle-heads out there. Luckily, we've found a way to keep playing it for free for years to come, regardless of the NYT deal.

The Rise of Wordle

Wordle's seemingly overnight popularity can be attributed to two things – an easy to grasp concept, and its shareability. Once those little colored squares started popping up in people's social media feeds, curiosity led many straight to the Wordle page, where they themselves could share their own scores with a simple click. The competitive element and the fact that the game has the same solution for everyone makes it hard to resist comparing with friends and co-workers.

Created by Josh Wardle originally, and based loosely on the seventies game, Mastermind, the site launched in October 2001, but didn't really start to gain traction until a few months later. On November 1st, the game recorded 90 players.  Today, millions are logging in each day to play.

In a press release, the NYT has promised to add more to the Wordle experience, although some may argue that its simplicity is its real selling point:

“As part of our portfolio of games, Wordle will have an exciting future with the help of a team of talented engineers, designers, editors and more, furthering the user experience.” – Jonathan Knight, general manager for The New York Times Games

How to Keep Playing Wordle for Free

If you imagined that there was a committee at Wordle HQ, laboriously picking a new word each day to get players minds working overtime, then you couldn't be further from the truth. In actual fact, the game pulls a new word from a pre-selected word list on the site each day, with this dictionary of five letter words containing enough content to last until 2026.

Right now, we don't know what the NYT plans for Wordle, whether it will lock it behind its dedicated app, or fill it with adverts, but if you want to keep playing Wordle the way you've been used to, then there's a simple way to do so:

And that's it! You can now carry on playing Wordle, should the NYT decides to change the format or even remove the site entirely. You can even play offline as it's stored locally on your device, and you'll still get a new word each day (until some time in 2026…). The one downside is that your old stats won't carry over, but hey, maybe it's good to start with a clean slate, and get rid of that six guess blemish that's been bugging you.

Many games, including Wordle, can be a great way to keep the brain ticking and prove a welcome five minutes respite from work, but it's important that they don't take over. For some tips on staying focused, while still enjoying the odd five letter game here and there, check out our guide to avoiding distractions at work to help stay motivated.