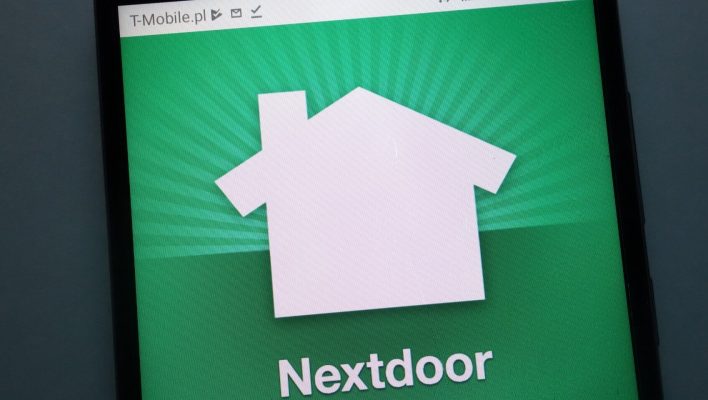 Racial profiling has been a visible problem on Nextdoor for years, and the hyperlocal social networking app has been pledging to change this for almost as long.

The growing momentum of the Black Lives Matter movement has put pressure on plenty of businesses and institutions to offer statements of support – Nextdoor among them. But, the platform has come under immediate fire for failing to address the hotbeds of racial prejudice that can spring up among its communities all too easily.

A new petition is calling for a suite of specific changes to Nextdoor's setup. These include a better application process for moderators, a code of conduct, and increased transparency of how its platform is moderated. We speak to the founder of the petition to learn more.

The petition's founder, Andrea Cervone, argues that due to the lack of a code of conduct or any transparency around complaints, leads don't have any accountability, and their biases can run free.

Like any grassroots movement, the petition started as a question for the community it aims to help. Cervone polled those in her community, asking if leads should be required to receive anti-bias training. “The response today is 80% say yes, 20% say no, out of 220 votes total – a decent sampling for a 1.2 square mile city,” she notes.

A neighborhood's ‘leads' are essentially moderators. They can adjust neighborhood boundaries, verify members, promote other members to lead status, and confer to remove messages they think violate Nextdoor Guidelines.

Most recently, this has led to multiple reports from Nextdoor users that Neighborhood Leads were removing posts in support of Black Lives Matter, literally censoring the movement.

The petition lists anti-bias training, but doesn't stop there. It calls for “an application process for interested community members to become leads.” Done right, this could introduce new leads with experiences and interests that are actually representative of the communities they serve.

Cervone was already talking to Jenn Takahashi, the PR professional behind the Best of Nextdoor Twitter account. So, the two teamed up to put together their petition.

The Twitter account has north of 400,000 followers addicted to its often colorful screenshots of local homeowners with bizarre grudges or requests, so it was an ideal venue to get the word out.

“I set up the petition, vetted the suggestions and the outline with several groups that work in the racial equity space, and Jenn brought her PR skills and helped think through the framing, the rollout, and how to get traction on something like this,” Cervone says.

Change is driven by an organization's culture, and until those holding power within NextDoor's culture are more representative of their neighborhood's diversity, that change won't take place.

Nextdoor Not Representative of Communities

The Nextdoor petition‘s creator, Andrea Cervone believes Nextdoor needs to make a lot more changes than it has committed to. In Cervone's view, much of the problems on the platform stem from how its members fail to truly represent the make-up of a local community.

“It's been clear to me since I've been on the platform that participation is not representative of the whole community,” Cervone tells me. Her neighborhood, which has several hundred active ‘Clarkston' members, serves as a case study:

“In Clarkston, particularly, where the community is 80% nonwhite, and more than 86% of our housing stock is rental or apartments, it's always seemed odd that the vast majority of users of white homeowners,” she says. “In fact, our neighborhood leads are all white as well. And we have had more than a few posts about ‘suspicious youth' who are always Black or Brown.”

Cervone knows what she's talking about. A former city council member in her home of Clarkston GA., she's a current member of the Clarkston Development Authority and the Director of Strategy for the Center for Civic Innovation, a nonprofit that aims to unite those fighting against social and economic inequality in Atlanta.

In other words, she's spent years addressing the policies that empower or harm non-discrimination efforts in housing and public participation.

Homeowners make up 75% of the platform's users by its own reporting, and that disproportionate representation means that the influence Nextdoor holds at the local elected level is misleading.

“We have had these same residents show up at council meetings, talking about the ‘massive thread' on Nextdoor – made up of the same 5-10 very vocal residents – that ‘proves' that the community wants or doesn't want something. And at the same time, we have city council members who are so disengaged from the actual community, that they believe this is representative of the whole. It leads to decisions that skew in favor of homeowners, who only make up about 10% of our overall residents here.”

Those decisions, in turn, will further entrench biases into residents' cities. And Nextdoor has made missteps of its own that inadvertently reinforce the biased environment of its communities. For example, in 2016, it added a “forward to police” option for some of its communities – a move that looks horribly tone-deaf given the social upheaval of subsequent months:

Nextdoor is partnering with DC police to provide a “forward to police” option… 👀https://t.co/5T1CzJzvrn via @DCist @Curious_Kurz

Indeed, just this week, Nextdoor announced it was removing the Forward to Police feature, in the face of increasing scrutiny over the racial profiling happening on the app. In a company blogpost announcement, Nextdoor stated:

“We have made the decision to remove the Forward to Police feature from Nextdoor.  As part of our anti-racism work and our efforts to make Nextdoor a place where all neighbors feel welcome, we have been examining all aspects of our product.”

Words are No Longer Enough

Not everyone on Nextdoor sees eye-to-eye with the petition's requests. “The response I keep getting from my own community moderators is that leads are 100% volunteer-based and if Nextdoor tried to implement something like this, there would be a mass exodus of volunteers,” Cervone says. “To me, that's status quo thinking.”

In other words, some are arguing for assuming failure and giving up pre-emptively, rather than pushing moderators to do better regardless. But if leads walk away simply because their power has been constrained by a code of conduct, they may not have been the best people for the job in the first place.

Another line of argument holds that “we all need to do better” and “we all would benefit from anti-racism training.” This is true, sure, but it also avoids the real question, which is who has been given power over the community. Leads are tasked with positions that hold power over others, so it makes sense to give them more responsibility than others.

“If Nextdoor's board and CEO aren't willing to institutionalize training that would actively help their leads make less prejudiced decisions,” Cervone sums it up, “then all the nice words they have posted about supporting Black Lives Matter are just that – words. And that's no longer enough. That applies to all social media platforms.”

“Going forward, I think we need to have a real examination of if these platforms are actually meant to ‘build community' as they claim, or if they are just building their bottom line,” Cervone adds.

Nextdoor founder Nirav Tolia told Tech.co in 2011 that “Neighborhoods are the original social networks.” He's right. Just like social networks, a neighborhood can reflect the systemic misconceptions and prejudices of those within it.

The problem isn't unique to Nextdoor. Racism and sexism are visible in the stats on who gets hired at major tech companies, who gets promoted, and what data artificial intelligences are trained with. Despite constant lip service, few companies have invested at the level needed to change.

But as Cervone's Nextdoor petition highlights, change is possible. Perhaps this time, the surging Black Lives Matter movement can make it stick. Multiple polls put the number of Americans in support of the movement at between 64% and 67%, indicating that a clear majority approve of the nationwide protests against systemic racism.

Only one thing's for sure: policy upgrades cause real change, not corporate blog posts. Change is slow, but Nextdoor has the tools to more fully reject racism on its platform. Will it? Until then, Best of Nextdoor will likely have plenty of fodder for its viral tweets for years to come.