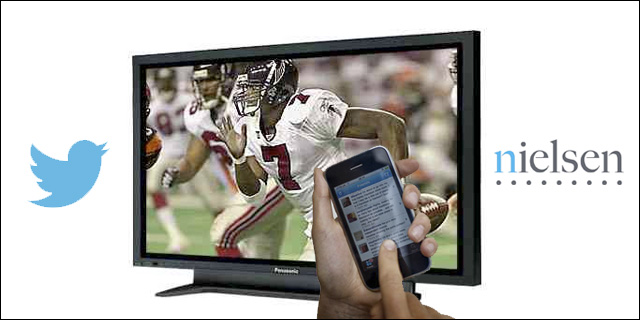 Earlier today, Nielsen, the leading consumer metrics company largely responsible for measuring who's watching what, announced a partnership with Twitter to include added social media metrics in TV ratings, effective at the beginning of the fall season in 2013.

Nielsen TV ratings have long presnted inherent weaknesses, namely a tv show playing idly in the background returning the same metrics as a show whose audience is highly engaged.  Including a conversation value on Twitter serves as a massive upgrade in terms of measuring viewer engagement, providing a new dimension of consumer information to advertisers.

“Our users love the shared experience of watching television while engaging with other viewers and show talent. Twitter has become the world's digital water cooler, where conversations about TV happen in real time. Nielsen is who the networks rely on to give better content to viewers and clearer results to marketers,” said Chloe Sladden, Twitter’s vice president of media. “This effort reflects Nielsen's foresight into the evolving nature of the TV viewing experience, and we’re looking forward to collaborating with Twitter ecosystem partners on this metric to help broadcasters and advertisers create truly social TV experiences.”

In addition to providing engagement metrics, the new Twitter deal will also supply better real-time viewer data; if the beginning or end of a show draws more interest, which segments people respond to, etc.

More information regarding the deal can be found in the Nielsen Press Release from this afternoon.