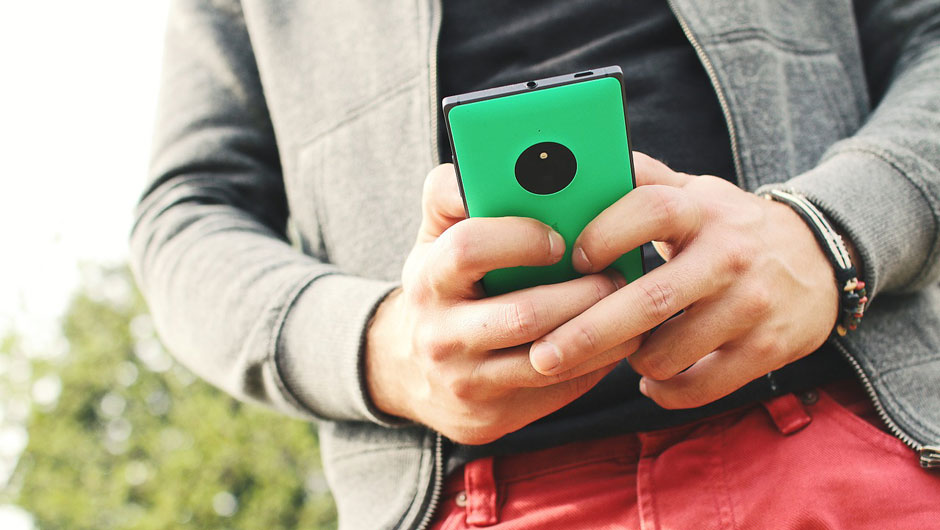 Nokia has revealed details for three new smartphones for 2018 – the Nokia 2.1, 3.1, and 5.1. The trio of new Nokia phones are all aimed at the budget to mid-range end of the market, with the cheapest model beginning at just $115.

The pick of the bunch is the Nokia 5.1 – something of a mid-range handset, but with a low price point. It’ll cost around $219 when it goes on sale in July, but packs in some features normally reserved for premium phones. 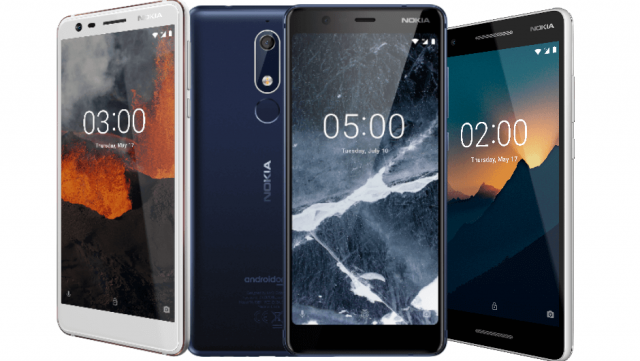 All the phones are ready for Android Oreo, the eight-generation version of Google's mobile operating system. The 5.1 and 3.1 are also designed as Android One phones (the bone-stock version of Android) and the 2.1 will use Android Go, a stripped-back version of Android designed for low-powered, cheap phones. According to Nokia they’ll all offer “large screens, enhanced performance… and stunning designs”.

Reading between the lines of the marketing spiel, it looks like Nokia is really looking to emulate the premium features and feel of its 8 Sirocco phone on cheaper devices, without sacrificing the quality. All too often, budget and even mid-range phones simply lack basic polish – low-res screens, slack design and poor materials, but Nokia seems to be trying to find a way around it. And it’s great news for everyday consumers seeking good features at fair prices.

More on this – Can Nokia Still Succeed in the Smartphones Market?

The Nokia 5.1 comes with an 18:9 aspect ratio display, giving it the now customary tall and thin design of phones such as the Samsung Galaxy S9. The screen itself is 5.5-inches across the diagonal and features a Full HD+ resolution. This makes it 0.3-inches bigger than its 2017 predecessor, the 5, and offers an improved resolution from 1280×720 to roughly 1920×1080.

The phone also has a 73.1% screen-to-body ratio. While that’s not the kind of edge-to-edge display you’d get from a premium Samsung phone, it’s impressive stuff for a sub-$250 handset.

The Nokia 5.1 is powered by a MediaTek Helio P18 processor. Again it’s nothing to be too excited about, most MediaTek chips are slower than the Qualcomm Snapdragon 835 or even 820 (pretty much the go-to choice for mid-range to premium phone processors). However, Nokia does say that it should be 40% faster than the phone it replaces, which is nothing to sniff at.

The 16Mp camera is again, an improvement on the 12MP shooter offered on the 2017 Nokia 5 model this replaces. The Finnish brand said that the 5.1 will feature a “wide-angle front camera” with an 8MP sensor – nothing special, but it should be more than adequate for the odd selfie.

The fingerprint sensor has been moved to the back of the phone, like nearly all Android phones, and can be found underneath the camera housing. The 5.1 will also feature Google Pay for contactless transactions.

You’ll have a choice of two colours and two memory/storage configurations at launch: Copper or Tempered Blue, and 2GB/16GB or 3GB/32GB. We’d opt for the 3/32GB version. The 5.1 will also be available in Black a few weeks after launch. 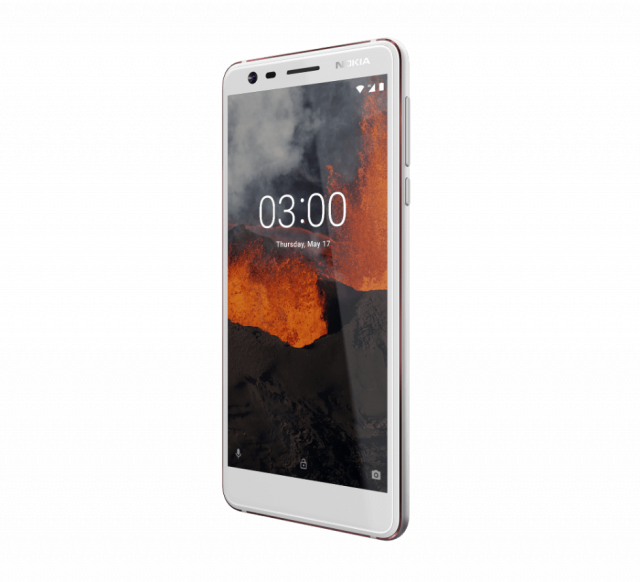 For all the premium features of the 5.1, the Nokia 3.1 is the phone that really matters for Nokia. Its predecessor, the Nokia 3, was the most successful phone in Nokia’s line-up and a big part of its recent resurgence in the smartphones market.

The Nokia 3.1 features a 13MP rear camera with autofocus. It can record 720p videos at 30 frames per second. Round the front, you’ll find an 8MP camera, although Nokia didn't mention any wide-angle abilities for the 3.1.

The phone will land on shelves in June and you’ll have a choice of three colours: Blue/Copper, Black/Chrome or White/Iron as well as two choices of memory/storage: 2GB/16GB or 3GB/32GB. Again, we’d probably opt for the 3GB/32GB version, depending on the price. 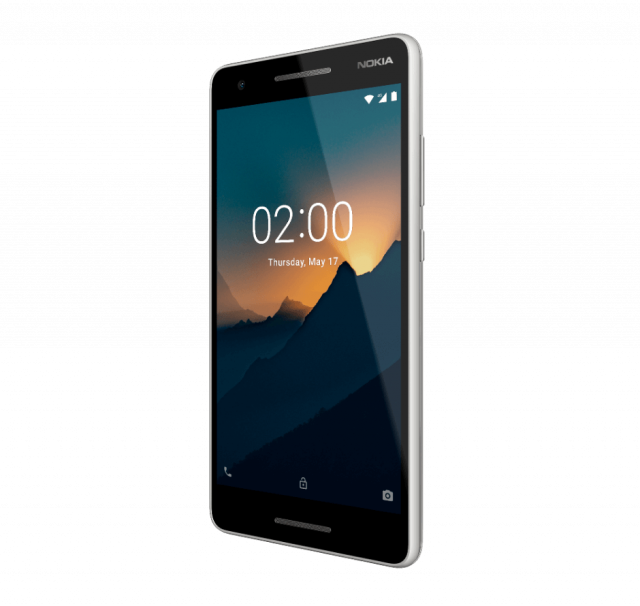 While the screen is big, the resolution detail is low. It’s 1280×720, which means it won't look particularly sharp by today’s standards, despite Nokia’s assertion that the 2.1 is great for watching videos on-the-go. Still, if its dual speakers are halfway decent, videos shouldn’t sound too bad.

The 2.1 is powered by a Qualcomm Snapdragon 425 processor, which Nokia claims will make it “50% faster and smoother” than its predecessor. But, if we’re honest,  it’s unlikely that the 2.1 will be anywhere near the speeds you’d get from a high-end Apple, Samsung or OnePlus phone.

This lack of zip from the processor explains the decision to run the new Android Go operating system on the 2.1. Originally designed to serve the needs of emerging markets with lower purchasing power, it takes up half the space of regular Android Oreo and uses a suite of optimised Google apps to run better on the low-end smartphones. Android Go users will also get access to an exclusive version of the Play Store. All told, it should be a good fit for the Nokia 2.1.

The 2.1 comes with a 5MP front camera and an 8MP rear camera with auto-focus. Again, nothing special, but it should be good for taking the odd picture or two.

If you’re after a cheap, long-lasting smartphone the 2.1 will likely be a good option and it’ll be available in July for $115 in three colours: Blue/Copper, Blue/Silver or Grey/Silver.

Is This the Right Direction for Nokia?

It’s refreshing to see a company making a fuss about phones that might not be particularly exciting at first glance. Not everyone needs a grand’s worth of iPhone, and having a company releasing cheap, but not trashy, device will certainly service an important part of the market.

However, whether it’s a sustainable business model is yet to be seen. Most consumers on both sides of the Atlantic want, and often need, the newest and fastest phones on the market. The Nokia 5.1 – let alone the 3.1 or 2.1 – are certainly not that.

There may be a space for Nokia alongside brands such as OnePlus or Huawei, in producing phones with premium features for mid-range prices. They certainly have a more recognisable brand name to bank on – especially given Huawei’s recent troubles breaking the U.S. market.

Nokia needs to establish its future soon. The brand has had a resurgence over the past two years, but the novelty of Nokia being a player in the phones market again will wear off. The company needs to work out a long-term plan for success – cheap but respectable-spec phones may just be a lifeline for Nokia at this stage.