It may come as a surprise to many, but most startup founders are actually in their 30’s, and 38 percent are over 40, according to a study conducted by Mattermark on behalf of Bloomberg Beta. Even more enlightening is the fact the average age of successful startup founders is 40 years old. These founders often have years of experience in more conventional industries. With the power of new technology combined with unique vision, they have become the leaders of change and progress.

New York City is home to many of the world’s largest and trendiest tech companies like Facebook, Etsy, and Uber. Less known are the startups that pave the way for innovation. These ten founders over 40 continue to reimagine new frontiers and put their mark on NYC and the world.

Joseph Lubin, 52 years old, is both the founder of Consensys and cofounder of Ethereum, the blockchain computing platform that’s been setting the world all abuzz in recent news. Joseph’s career has involved various posts in the fields of technology and finance and in their intersection. 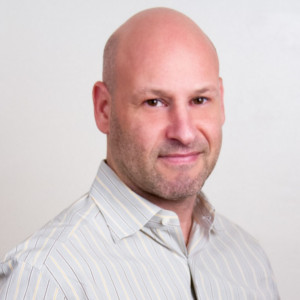 Joe was interested in getting into the digital currency space but didn't see opportunities. At the end of 2013, he connected with Vitalik Buterin, the creator of Ethereum. Joe was impressed and saw the future with changes on the scale of internet. This is what lit the spark which created Consensys, a Brooklyn-based software studio building decentralized applications and one of the largest and fastest growing companies in blockchain.

“Bitcoin is more of a currency, while Ethereum allows for a much greater flexibility in terms of development and adaption on its code,” said Lubin.

Consensys has grown from four people two years ago to over 150 people today. Half of the staff does consulting for the enterprise, while the other half develops decentralized apps. Blockchain, especially with Ethereum’s lead, is a very new field that could transform almost every industry, enterprise, financial, legal, health, insurance, money transfer, marketplaces,compliance, government infrastructure, and more.

At 46 years old, Marc Cenedella is the founder and CEO of Ladders Inc., a company that has transformed the way job candidates and recruiters connect online. Marc is New York City born and worked as the Senior Vice President of Hot Jobs back in the days of the 90’s Web 1.0. 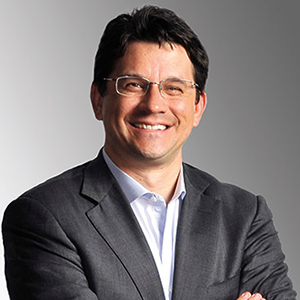 After leaving Hot Jobs in 2002, he started his own company the following year, Ladders, with the aim of helping real professionals with the challenging job search process to come out in the high.

“NYC creates a tremendous center of gravity and talent” Marc says. “There’s too much information to sift through and LinkedIn and Indeed are not working for higher level professionals. Ladders focuses on the higher end of the spectrum, using technology to find real opportunities for users, which leverages growth.”

Ladders has become the leading professional site with over 10 million active job postings on the system and is a nationally renowned leader on job search, career management, recruiting, and business. The company has been recognized as one of the “Best Companies to Work for in New York” and the “Most Valuable Startup in New York” by Silicon Alley Insider.

CEO and cofounder of MOSH, Elizabeth Aris, is a prime example of the New York “get it done” attitude. MOSH was founded in January 2015 with the vision of connecting brands to their customers, to engage with them and share content gathering detailed customer data, with the purpose to monetize these relationships. 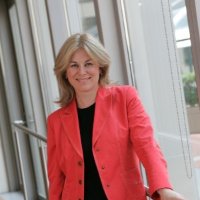 “Every industry is trying to understand how to go digital but you can't do that if you don’t have a platform that allows you to have an effective digital relationship with your customer,” said Aris. “So that is why we built MOSH.”

Elizabeth has led two businesses of $700M and $1B + and grown them at around 13% pa consistently for 10 quarters straight, 3x the company growth rate. Then she had the idea for MOSH with a colleague in Australia but couldn't raise seed funding so she packed up everything and moved to NYC with just an idea. MOSH was originally bootstrapped before undergoing two rounds with private investors. They had to develop a network, raise capital, build the technology, launch and operate the business, all from scratch. Now, traffic to the platform has doubled for 8 months in a row, new brands are signing up and there is a wide range of content on the platform from words, pics, video of any length, live stream, podcasts, digital magazines, even VR.

Alan Cutter is the self funded founder of Lions Eye Group, a startup focused on innovation in hiring. He has used technology to simplify the pre-hiring process, helping traction-less companies solve a major need in the marketplace, since hiring is too inconsistent. 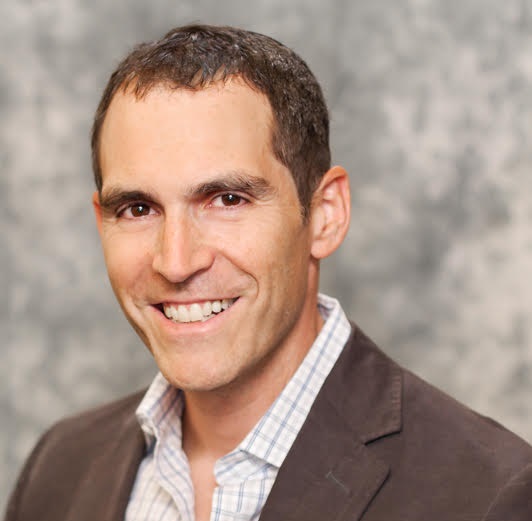 Lions Eye bridges the gap between skill set and hiring, tapping into a network that normally wouldn’t be reachable, particularly in the startup world.

“We’ve had the privilege of placing and growing executives that drive the heart of the New York tech and advertising industries,” said Cutter.

Alex Coon, a 42 year old entrepreneur and the founder of Piper Crane, has changed the real estate industry for the better. He raised seed funds with VCs and has seen an overwhelmingly positive response, even shutting down some outreach. 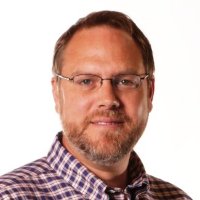 Alex is seasoned in the industry, with 16 years in the real estate business, and understands the need for order and organization for real estate agents.

“The internet has disrupted traditional real estate. The industry is transforming, and has a lot of potential. What it means to be a broker is shifting, so we’ve focused on a team based model,” said Coon.

Piper Crane takes underutilized talent and energy and creates skilled support agents to serve the industry. They have supported $4B+ of sales and of 20K+ transactions. They have a proven track record of building tech-enabled agent support and customer satisfaction solutions.

Karen Cahn, 42 years old, launched iFundWomen, a boot strapped, crowdfunding platform for women-led businesses with a pay-it- forward model in November 2016, with a commitment to support women in their journey to raise the critical funds needed to start and grow their businesses. 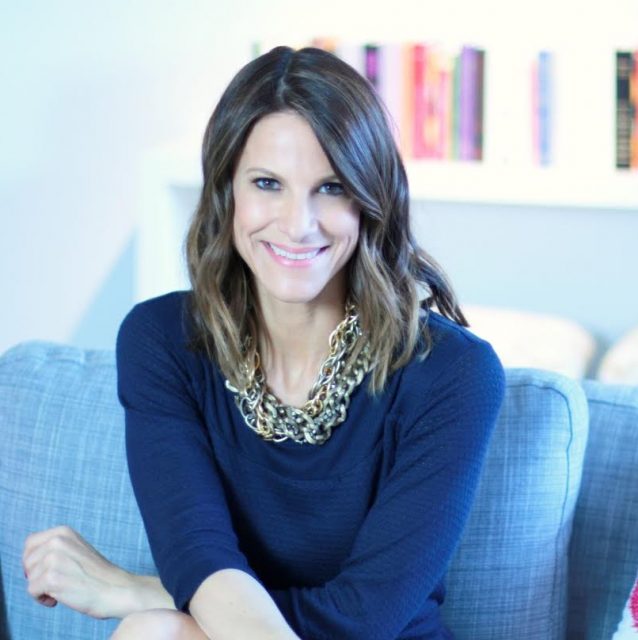 Her company partners with a diverse group of entrepreneurs that apply to be featured on the platform, offering one-on-one crowdfunding coaching and video-production services for those entrepreneurs who need a partner in helping them succeed.

“I am an entrepreneur and have personally seen how crowdfunding can have a transformative impact on early stage businesses,” said Cahn. “Crowdfunding can save startups a lot of time and agony trying to figure out if their product is worth all of the self-sacrifice they are putting into it!”

There is a lot of demand for the product, so iFundWomen is currently scaling their operations to support as many entrepreneurs as possible. Karen spent most of her career in the digital and tech space having worked with AOL, YouTube, and Google, where she became aware of gender biases in the digital/tech sector. Karen’s company has been recognized in national media outlets like CNBC, Business Insider, Forbes and more.

Adina Levin started Collab along with her husband Marc, with the goal of creating a micro-community that could act as a support system against the challenges of being a freelancer where people can share equipment, tools, and ideas. 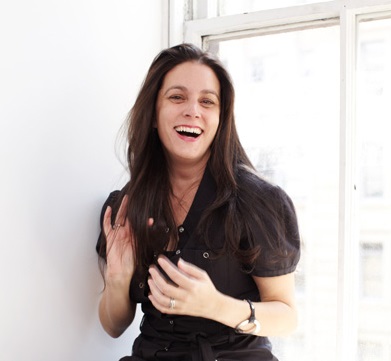 From its inception in 2009, the bootstrapped startup has grown into a force for innovation and has also incubated companies. Collab has incubated and mentored more than 10 companies that now have a combined valuation in excess of $200 million, creating more than 250 new jobs.

“Curate a community and connect them with fabrication equipment, a wood shop, a large open communal space to test, prototype, and assemble in, and near unlimited possibilities become achievable,” said Levin. “What we want to do now is test our theories on a larger scale. We want to create a huge imagineering factory with tools, equipment, huge open spaces to build large installations, manufacture, host groups. Literally, a place where anything we imagine doing, we can attempt.”

Adina plans on building out a 40-50K space with enough equipment and resources to service every aspect of the creative economy. She wants to continue to help startups, and partner with nonprofits to facilitate dynamic partnerships, combining for-profit and nonprofit initiatives and missions under one roof that can support one another as a virtuous circle.

Eric Friedman, 46 years old, is the founder and CEO of eSkill, which remains the only skills testing company that lets clients easily customize skills tests to match the multiple skill requirements of a given job or training objective. Such job-tailored tests are more accurate than off-the-shelf tests, and also more legally defensible when they can be shown to be job-relevant. 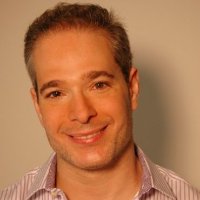 “I met my original cofounder in 2001, a senior software architect who hired technical people from around the world to staff large IT projects. He foresaw the need for a skills testing product that could mass-customize skills tests to fit the various technical roles he had to fill quickly and accurately from large pools of candidates.”

With eSkill, it’s been a long, slow climb from an unfunded startup in 2003 to where they are today. eSkill has companies such as Coca-Cola, Home Depot, ADP, the US State Dept, LG, Staples, GE, and 1-800-Contacts among their over 1,000 organizational clients. Eric led eSkill to this stage with virtually no outside money. 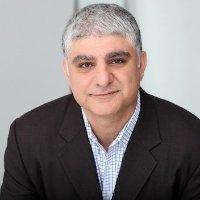 The security options available to organizations were expensive, complex, and required too much investment in static technologies. They're distributed across very different compute and storage silos like offices, data centers, cloud instances, and SaaS application, yet available security options were granularly silo centric.

“My team and I saw this as an opportunity to address a meaningful market problem by consolidating all the disparate islands of security into a single unified platform. Initially we had to create everything from scratch,” said Pasdar.

Pasdar funded his startup idea by consulting. When he had proven his platform was worthy of investment by bringing on customers like ESPN, Tumblr, SoundCloud and a host of SMBs with a few million in revenues, the VCs started to buy in.

Numaan Akram, the 40 year old founder of Rally, has reinvented bus transportation. Numaan created Rally as a response to a grassroots rally in DC, and personally built a website allowing social aggregation of trips. He conceived and developed “DC Rally Bus,” which helped people self-aggregate and create trips from their town to the “Rally to Restore Sanity and/or Fear”; ultimately delivering 5,000 from 50 different cities across 20 states to Washington, DC on the day of the event. 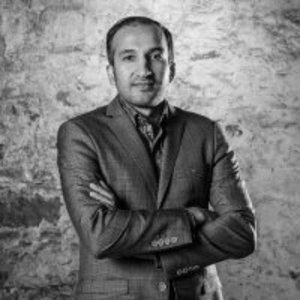 Since then, he's continued to develop his startup by integrating new concepts and cultivated new partnerships through consulting. Numaan believes in creating community mobility through crowdfunded transportation, since over 4,000 bus companies make up the industry and are currently underutilized. He is proud to have organized the Women’s March on Washington, having signed up 30,000 people from over 100 cities in 20 states, the largest bus event in history.