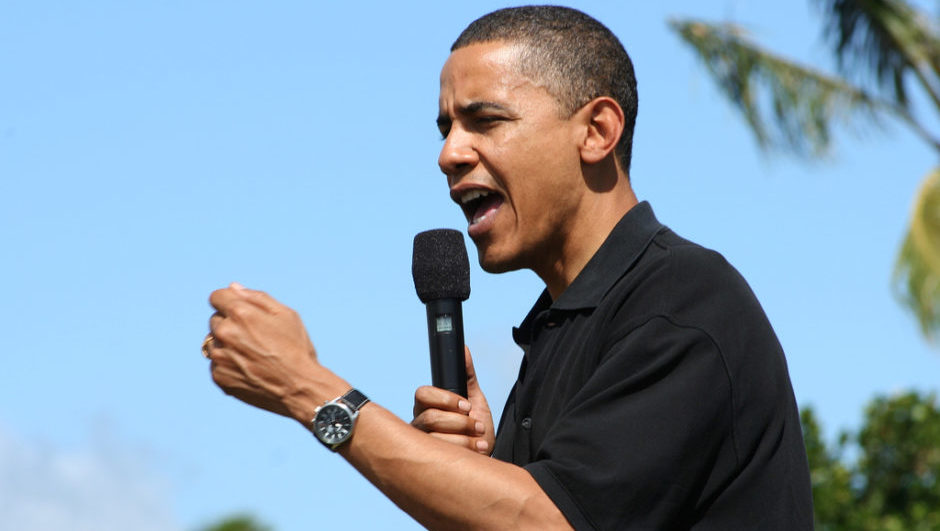 Being an entrepreneur is hard work. It takes discipline, focus, and a little bit of luck, not to mention a network of people willing to support you when you're down. Fortunately, president Barrack Obama has all of that in spades. And according to a recent interview, the nation's leader is thinking about a career in entrepreneurship after his time in the Oval Office has come to an end in January 2017.

The interview with Bloomberg revealed that Obama has been thinking about running a business since his campaign days. While the infamously anti-business president has been regulating his pants off in order to fix some of the wealth inequality that plagues this country, he can't help but recognize his own charisma and business savvy when it comes to starting his own company.

“Well, I’ve said this before and, I think, surprised a lot of people, but if I think about what would stir my passions had I not gone into politics, it’d probably be starting some kind of business,” said Obama in the Bloomberg interview. “The skill set of starting my presidential campaigns—and building the kinds of teams that we did and marketing ideas—I think would be the same kinds of skills that I would enjoy exercising in the private sector.”

Obama understands the dangers of comparing the presidency to entrepreneurship, as they obviously have wildly different features that can become complicated when compared. However, there is no doubt that someone with the charm, the wit, and the determination to get things done would have more than enough skill to create and run the next unicorn. Plus, Obama recognizes that running the presidency is a little bit different than running a business.

“Imagine a situation in which half your board and management were actively trying to get rid of you and prevent you from accomplishing anything,” said Obama in the same interview. “And you had 2 million employees, and you couldn’t fire a large portion of them. And your competitors weren’t simply promoting their own products, but were continually saying how your products were the worst that were ever invented and will cause a civilizational crisis. If you pull that all together, then you’ve got about half of what I’m dealing with on a daily basis.”

Bipartisanship has made it incredibly difficult for Obama to get everything he wanted done in his presidency. Fortunately, entrepreneurship will provide a more supportive environment for him to spread his wings and make a difference in the business world. And, hopefully, Rush Limbaugh will take it easy on him when he's creating the next iPhone.