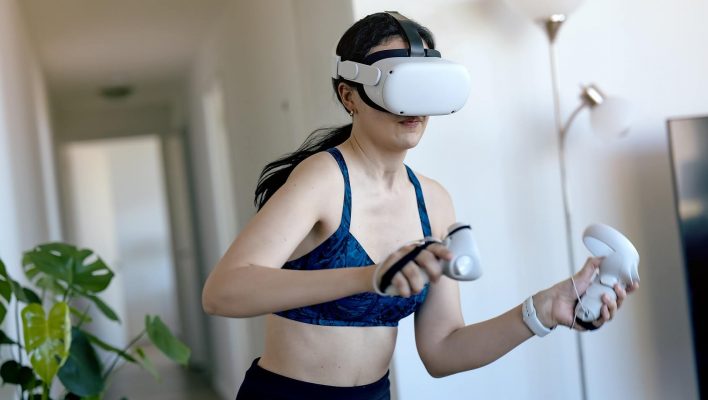 In other words, virtual reality headsets just got even better — or at least they will, once this update has fully rolled out, which Oculus says is “soon.”

It's another step closer to widespread adaptation, although VR still has a ways to come.

How the updates work

VR headsets have faced just one challenge for years — no one wants a half-baked VR experience, so the tech needs to be top-tier before it will have a chance at becoming big. No moving fast and breaking things, in other words.

And the biggest flaw holding back VR software is that it doesn't feel 100% immersive all the time. Catching your headset on it's cord pulls a user out of the experience, as does any lag time in visuals. The new update addresses both those problems.

The Air Link feature in the new v28 update is what's getting a lot of customers excited, as it's their chance to escape the bothersome tether of their $80 link cable. With the update, your WiFi is all you need.

However, since it's in beta, there could be bugs. As Oculus put it in the announcement:

“If you want to charge your headset during your VR exploits, experience the highest-fidelity visuals possible, or if your available WiFi network is congested or unsecured, Link via USB-C cable is the way to go. If you have a strong and secure WiFi network and if your playspace is ideally within roughly 20 feet of your WiFi router, Air Link will be a good option.”

And, while Air Link is included in the new v28, it won't work unless both your headset and your PC are running the v28 update, so be sure to download the new update for both.

The update supports 120Hz, up from 90Hz. If the headset is running any games that support that higher frame rate (not many do), it'll deliver smoother visuals than ever.

Oculus Quest 2's have always had the capability to run 120Hz, but this new update unlocks the ability for the first time. You can find the feature in the Experimental mode section of the settings menu.

First, the physical surface integration feature allows users to “place a virtual desk on your real furniture so you can see and use it while in your Home environment.” The VR desk can be the home to a variety of VR tools, making them easy to access and helping users build out a workspace that combines the physical world with the virtual one. 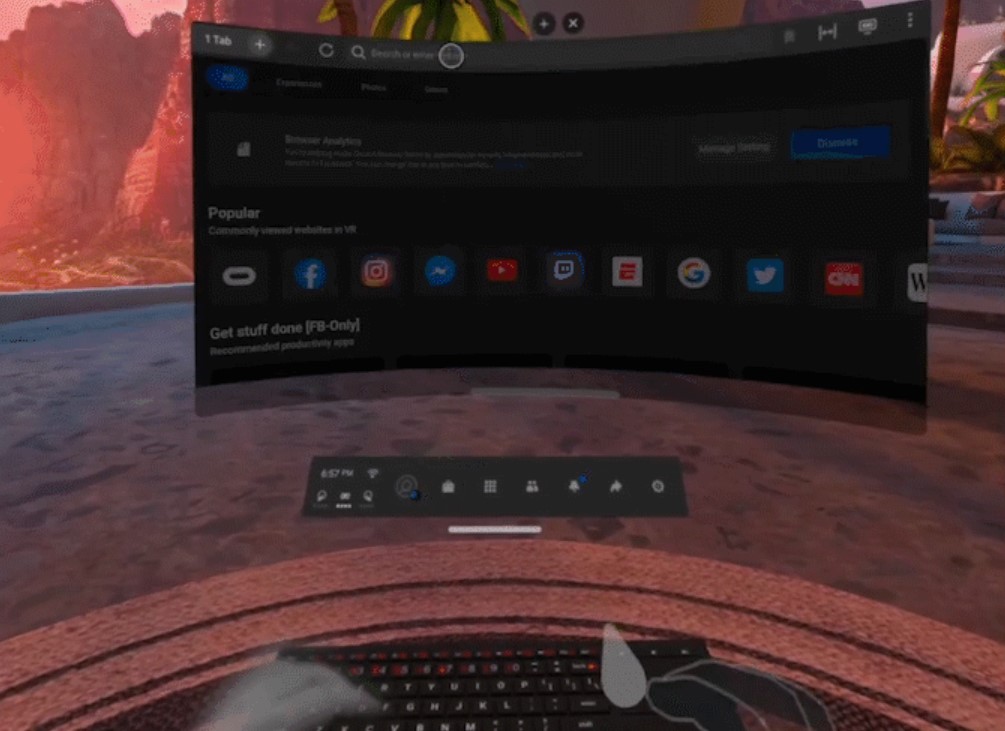 Second, there's the physical keyboard pairing function, which lets users map a virtual version of their keyboard to their physical one, letting them easily type while within virtual reality.

The v28 update is “rolling out soon,” and may not be available yet.

Is VR the future?

Will this update be the final push VR needs to break into the mainstream and usher in a Ready Player One future?

The tech community has been pushing the tech for more than a handful of years, but a few sticking points remain. Completely seamless usability to a tough mark to hit, but wireless capability and a stellar frame rate will definitely go a long way.

And as the tech continues developing, we might soon see prices dropping by a lot. High cost is another big issue that's keeping VR from breaking through to casual users. Until that changes, we'll likely all keep getting much more excited about cheap projectors that can create fake windows in our rooms.