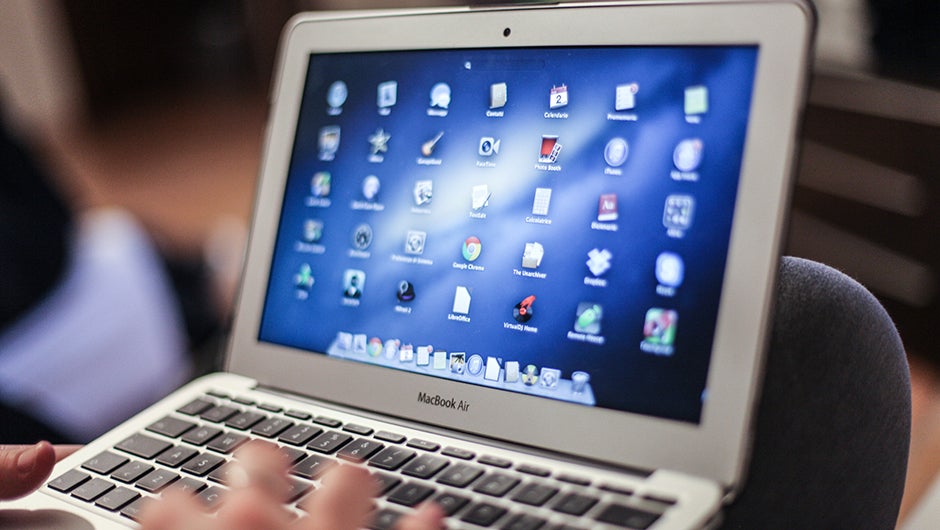 We’ve come a long way from Microsoft Outlook and AOL messenger, and an even longer way from chatting with friends on IRC. With the birth of social networking and the technological communications race that followed, our options for online communication have never been more open. Add to that the increasing number of people who publicly list their contact details, and we have a veritable cornucopia of tools for contacting anyone—whether it be through social networks like Facebook, Twitter, or LinkedIn, or through communication apps like SnapChat or Skype.

Now, more than ever before, we are only a few clicks away from initiating a conversation. Yet there’s more to it all than standards like Gmail or Facebook Messenger. Whether you’re a business owner looking to make interoffice communication more efficient or simply want better ways to interact with friends and colleagues online, there are plenty of offbeat tools out there that you can utilize. What do I mean by offbeat? Anything that falls outside of standard email, mainstream social networks, or popular programs like Skype. These underrated technologies are actively trying to make online communication more efficient, immersive, or entertaining.

Improving interoffice, business to business, or business to client communication is a subject echoed through meeting rooms everywhere. The reason is simple: in business, effective communication is key. Yet many businesses are wary of setting up groups on popular social networking sites (Facebook, in particular). You can probably guess why; they’re worried about a lack of productivity. It isn’t an unfounded fear, either. Mainstream social networks tend to blast users with a constant flow of information and content. It would be all too easy to log on and forget you’ve done so for work purposes, especially when all your friends are finding out which Mad Men character they are on PlayBuzz. Put simply, businesses value sites like Facebook for marketing purposes and little else.

But there do exist options for employers who want to network their staff together in one convenient hub. One highly underrated way of doing so is with social intranet software. Like a social network, they compile user activity into a central RSS feed, allow private messaging between users, and most importantly—facilitate group projects and discussions in a closed, employees-only environment. They’re also a great way to keep employees up-to-date without sending company-wide emails.

Speaking of email, there’s a simple technology that can finally put a stop to that pesky question, “Did you receive my last email?” It’s called email tracking, and in its simplest terms, it’s a bit like a SMS read-receipt. Though it’s probably useful internally, email tracking software’s greatest strength is taking the guess-work out of client correspondence or sales emails. In addition to telling you when your email was read, many programs and services also feature analytics and other useful tools. Some of them even tell you what specific links or attachments the recipient opened, providing some good insight into how people react to your emails.

On the Social Side

It’s hard to believe we went from filling out our MySpace page to landing a job with our LinkedIn profile in just a few short years, but that’s the ever-evolving world of social media for you. Between 2000 and 2010, it was a rapidly changing landscape as companies attempted to make bigger, better, more feature-heavy social networks. Now that the big names have been established in the industry, it may seem like that evolution is slowing. In reality, it’s just going in a different direction. Specifically, hundreds of smaller companies are fighting to fill niches and meet specifics needs the bigger social networks can’t.

Messenger apps may seem like nothing more than IM clients, but they actually operate more like small-scale social networks. Take SnapChat, for example. In a time when people are increasingly paranoid about their online life coming back to haunt them, apps like SnapChat create a private environment to share updates, while maintaining the ability to reach out and grow your contact list. This “viral” aspect of messenger apps allows your personal social network to grow without the need to curate a public image.

Then, of course, we have the true niche networks, or social networks and apps intended for a specific audience. Some are hobby focused, like Ravelry, a social network dedicated to knitting and crocheting. Others are more general but make it easy to browse only the content you’re interested in, like Pinterest. Joining one of these networks is especially rewarding if you can convince your real-world friends to sign up with you.

Another offbeat networking tool is a closed social network. Families are especially likely to adopt one of these services, as they allow for a completely closed network where family members and close friends can share pictures, video, and updates in private. Older people, especially, may have a difficult time navigating a site like Facebook or ensuring their privacy settings are up to date. Closed networks are often much simpler to use and allow only those with a password to view the site’s content.

So there you have it: a few simple, offbeat tools to help make online communication more effective and rewarding. Whether you’re interested in business, pleasure, or both—adopting one of these tools is a must.