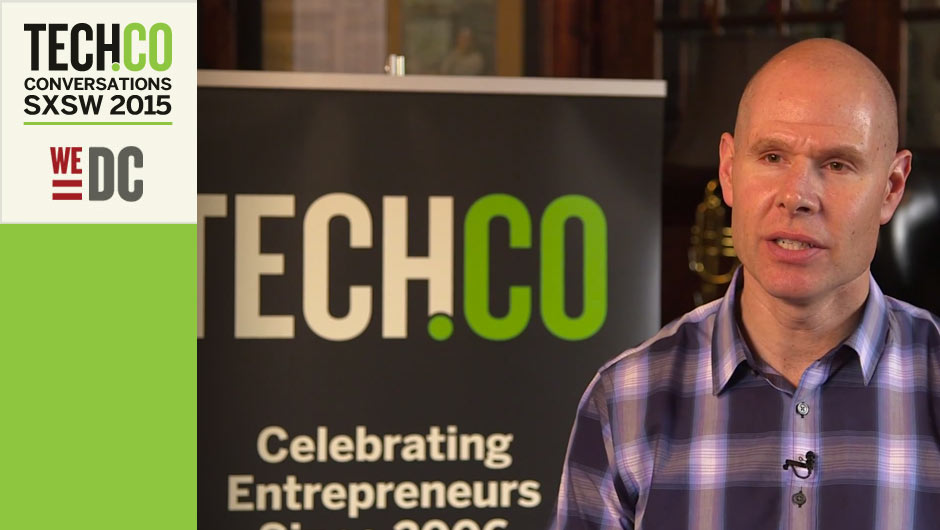 While Rich Harris hasn't been at AddThis for too long (he joined the company towards the end of 2013 as its new CEO), he's managed to push the company through new growth while somehow maintaining a startup-like culture in the workplace. This is pretty impressive for a company that was founded in 2004 and has since grown into a significant tech entity in the D.C. region. Harris stopped by to speak with us at this year's SXSW, where he shared with us some insight on how AddThis approaches company culture, and also told us a little more about what we should expect from the company this year.

“Company culture is a really important thing,” says Harris. “If you ask any CEO, they'll tell you that one of the top two or three things for a successful company is having a strong culture.

According to Harris, upon being appointed the new CEO at AddThis, he and his team knew that the company already had a great culture in place, but they set on doing more to make it more robust. “And so one of the things that we did was we made a decision that we wanted to become more vocal about culture – really talk about, both internally and externally, what our culture is.” So, what they did was they actually went out and interviewed people throughout their entire company and asked them to point out what they believed to be the core values of AddThis's company culture.

“We went and interviewed people around the entire company and asked them what they felt our culture was, and then we kind of distilled that into the top few items that really represented the AddThis culture.”

Through that process, they were able to pinpoint six or seven key cultural guiding principles for the overall company. And, according to Harris, part of the company's success has been due to utilizing this culture to drive not just the way the company itself operates and how team members treat each other, but also to influence how they treat their customers and interact with their partners.

Watch AddThis CEO Rich Harris share his full insights on company culture, as well as what kinds of things we should be expecting from the company in the following months.