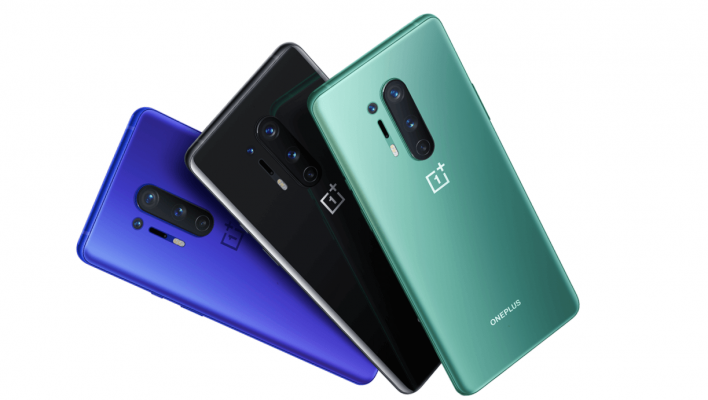 The OnePlus 8 and OnePlus 8 Pro have officially been announced by the Chinese smartphone manufacturer, and the prices are a bit higher than loyalists are used to.

Due to the coronavirus outbreak, OnePlus unveiled the two new devices at a digital event this morning. After months of rumors and weeks of speculation on supply chain disruptions, the company was happy to reveal the follow-up to the popular OnePlus 7 series.

Both smartphones were announced during an event today, and the excitement over the updated devices is undeniable. Take a look at the specs below and find out if these smartphones are just too expensive for the OnePlus brand.

Dubbed the flagship device of the new OnePlus 8 lineup, the Pro boasts some decidedly impressive specs, particularly for OnePlus. The biggest selling point is the display, which is not only QHD+ but also features a 120 Hz refresh rate, which as reviewers have pointed out makes it feel silky smooth. Some other specs include:

Another notable feature is the battery. While 4,510 mAh is far from the biggest we've seen on the market, it's nothing to scoff at. Plus, it's paired with a 30W wireless charger, which can get you 50% battery life in just 30 minutes.

The OnePlus 8 Pro is a lot more than a pretty screen and a big battery though. The camera setup includes a 48 MP main camera, as well as a 48 MP wide angle camera for those bigger shots. You'll also find a 8MP hybrid zoom lens, which features 30x digital zoom. The fourth lens in the quad camera system is a 5MP color filter camera that will give you those vibrant shots you need to impressive everyone on social media.

In this day and age, you have to provide an affordable option in your smartphone lineup, and OnePlus is no different. The OnePlus 8 features a lot of the same specs as the Pro, although many of the premium features are dumbed down little bit, like the fresh rate on the display and the slightly worse battery. Check out the rest of the specs here: 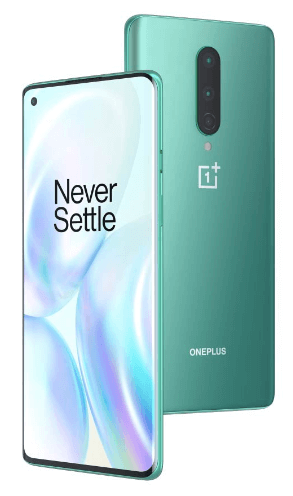 As for the camera, the OnePlus 8 opts for the three-camera system rather than the four, but still features the 48 MP main camera, which is the true draw. It also features a 116-degree wide angle lens, which will seriously improve those bigger shots.

How Do They Compared to the OnePlus 7T Series?

Smartphone naming conventions are admittedly confusing, but luckily OnePlus hasn't strayed too far off the beaten path. The OnePlus 8 replaces the OnePlus 7, although (as is tradition) the company launched another device in between them: the OnePlus 7T.

The OnePlus 7T Pro is slightly less expensive than the OnePlus 8 Pro, but also features less RAM (that is, if you opt for the 12 GB option), an older processor, and a smaller battery (barely). The 7T Pro features the same 48 MP camera, the same storage options, and even features a unique, 16 MP pop-up selfie camera.

The biggest difference is likely the display. Both still feature the QHD+ screen, but that 120 Hz refresh rate will be at least somewhat noticeable to a keen eye. However, on the whole, the 7T Pro and the 8 Pro don't feature any super meaningful differences, as the minuscule price bump points out.

Are They Too Expensive?

Unlike the rest of the smartphone industry, OnePlus' prices have been on a steady rise for the last few years. Once considered a smartphone killer for their low prices and solid specs, OnePlus has slowly wandered back into the standard pricing world, with the OnePlus 8 and OnePlus 8 Pro firmly cementing that status.

With the most decked out device costing as much as $999, OnePlus is shucking the affordable device trend and opting for its flagship device to rival iPhone prices, which could seriously turn off some of its more loyal purchasers. Granted, the company has improved the devices enough to warrant the price hike, but will it be enough to attract buyers from the bigger brands?

Should You Buy the OnePlus 8 Pro?

Truthfully, the OnePlus 8 Pro — and to a lesser extent the OnePlus 8 — looks like a great phone with solid specs and some unique features, but is that enough? OnePlus is far from a recognizable brand in the smartphone discussion, and nothing in the announcement points to anything that sets it apart from the crowd. At least the 7T had that weird pop-up selfie camera to make a case.

If you're looking for an off-the-beaten-path smartphone manufacturer that can hang with the best, the OnePlus 8 Pro is a solid option. Still, there are plenty of other great smartphones available that feature many of the same specs at similar price points, so make sure to do your research.