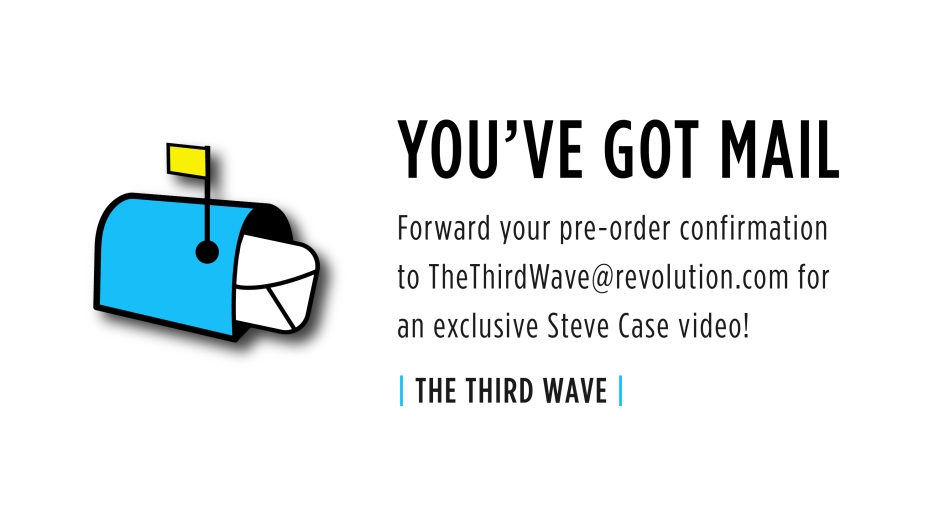 No matter your age, you're likely familiar with the timeless greeting – a memento from the Internet's early days, and a pithy and humbling reminder of the origins of our digital age. Thanks to early Internet pioneer and AOL cofounder, Steve Case, and his efforts to bring America online, these three words reveal so much about our innate desire to accelerate society towards a global system of interconnection. Google “you've got mail” and you'll find AOL commercials like the one below. It was even turned into a film by the same name (which, similarly, has become a mainstay in our collective memory).

Have you ever wondered, though, about the origin of the “you've got mail” statement itself?

Well, in order to learn about the origins of “You've got mail!”, you'll need to take the following two steps:

BOOM! You'll receive a video to watch a behind-the-scenes video of Case reminiscing one of the most iconic parts of the AOL brand and then, of course, in April when the book ships, you’ll be able to read insights on Case's vision for the future of the Internet. You can learn more about Case's “third wave” theory in an interview at last year's SXSWi:

This article is brought to you in partnership with Revolution and The Third Wave: An Entrepreneur's Vision of the Future by Steve Case.