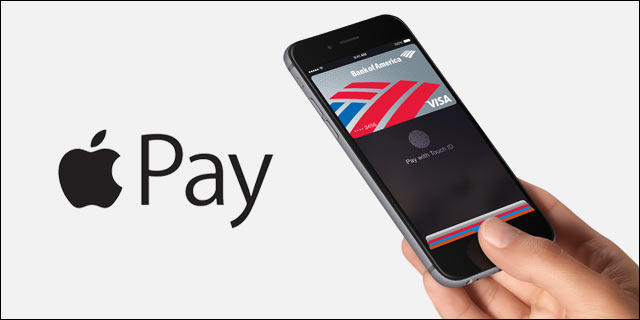 With Apple's iOS 8.1 now available to download, what people are really looking forward to is the new Apple Pay service. Now users can easily start adding their credit card information to Passbook, and start paying using their iPhone 6 or iPhone 6 Plus with a simple tap using Touch ID and NFC. It's that simple and it is bound to replace your traditional plastic credit cards.

As reported in the Wall Street Journal, Apple announced that about 500 financial institutions have now signed onto Apple Pay, which means banks are adapting to the mobile-payment system to keep customers.

According to a study of 500 smartphone owners released today by Chicago-based market research firm Lab42, nearly a third of respondents (30 percent) would be willing to switch banks in order to gain access to mobile payments. This willingness to switch is a key takeaway for the hundreds of banks already committed to the Apple Pay platform, as they consider the importance of marketing the mobile payment feature.

The research also revealed that the features people are most excited about Apple Pay are:

2) Not worrying about losing credit or debit cards

3) Not having to carry physical cards in wallet 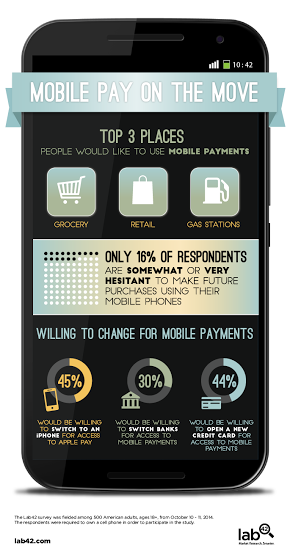 “Mobile payments have been around for years, but many consumers are not yet familiar with them. With the launch of Apple Pay, we see that conversation opening up in a way we haven’t seen before,” said Jonathan Pirc, Founder of Lab42.

Now before you get all melancholic about how empty your wallet will be, not all stores have joined the mobile-payment train. Here is a list of retailers currently accepting Apple Pay.