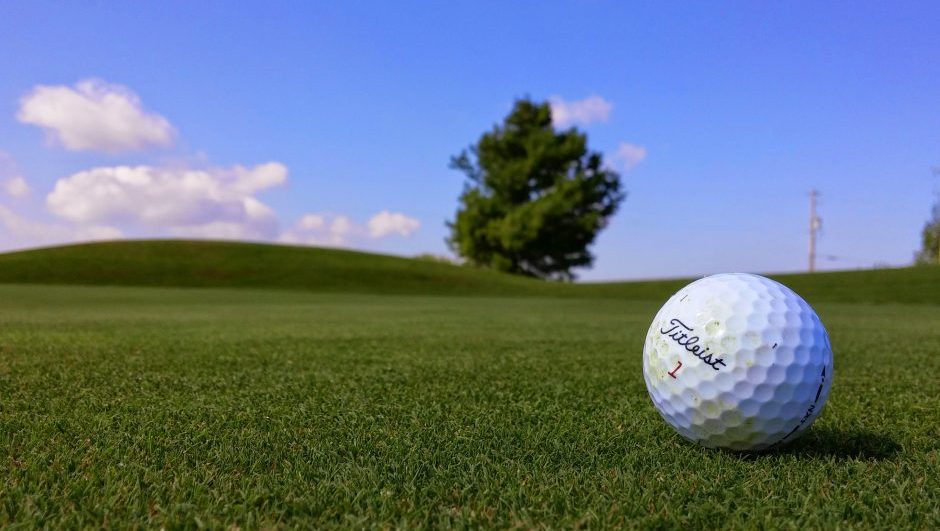 The sounds of polite golf claps and gentle sighs have been replaced with the rumbling sound of over 600,000 cheering fans found at the Waste Management Phoenix Open PGA TOUR. This event is like no other as it has an eco-friendly mission and considered one of the main testing grounds for the PGA TOUR’s latest technology aimed to provide the ultimate fan experience.

In recent years, the PGA TOUR has amped up its efforts to engage fans by using the latest technology such as tracking cameras, live streaming, Snapchat spectacles and more to attract a younger generation to the game.

This week, the PGA TOUR launched the new Twitter LIVE and will be the exclusive global platform to distribute more than 70 hours of live competition coverage across 31 tournaments for free. Fans will be able to watch the first 60 to 90 minutes from the early Thursday and Friday morning hours of PGA TOUR LIVE’s Over-The-Top (OTT) subscription window, on a global basis.

"Please go in the fairway."

“As phones became more important part of what people do everyday, we’ve allowed fans to take more photographs and videos from site and share it with their friends across social networks. A TOUR event is a very exciting place to be – you get to be within five feet of players and it allows fans to share their experiences,” Scott Gutterman, vice president digital PGA TOUR, said.

Three years ago the TOUR launched their Snapchat at the Phoenix Open and this year they are encouraging fans to share their experiences to their Story from the 16th Hole, known as The Stadium, where 20,000 fans are expected to park themselves in the sun.

Spectators are not the only ones that get hyped up on this historic hole. Check out Jerry Rice busting a move in The Stadium:

PGATOURsnaps on Snapchat has all the craziness from today. pic.twitter.com/VFooLIwvDv

For professional players, statistics are helpful to improve performance. The PGA TOUR continues to invest in technology that will help players understand ball movement on the course.

ShotLink powered by CDW is the TOUR owned data capture and real-time reporting system. It uses over 16,000 pieces of equipment and over 250 volunteers spread around the course to capture and report scores, yardage and radar data on every shot hit by players.

“There are 70 data points collected on every shot,” said Gutterman.

At the Phoenix Open, the PGA TOUR is testing ball movement tracking cameras, called greenside cameras, around the course. 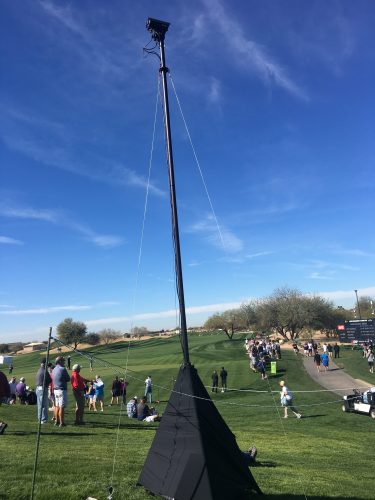 The current system includes three cameras triangulated around a green and lasers are used to identify each Pro’s ball and the position of the ball from stop to start. The next generation of camera will be a complete 3D model that will also capture approach angle, ball spin, roll out and, within the first six inches, the speed of the ball off the putter. In due time, these data points will be available first to the players then to the general public where fans will be able to review how a pro approached a particular green.

Between ShotLink and greenside cameras, the data is matched up, reviewed by golf specialists and aggregated to the fans through the latest PGA TOUR App.

In 2015, Microsoft became the Official Operating System, Official Analytics Partner and Official Office [Personal] Productivity Software of the PGA TOUR and PGA TOUR Champions, and the two have been developing products and experiences for golf fans ever since.

PGA TOUR released a new tournament app, exclusive to Microsoft Windows 10 users. Through desktop or mobile device, the app offers real-time data visuals for current and predictive statistics, scores, and player performance as they progress around the course, a rotating 3D hole and shot visual, a snapshot of the green, video highlights, biographical information of each player, and the latest news from the PGA TOUR.

According to a poll commissioned by the Clinton Global Initiative and Microsoft, Millennials say they are more focused on the environment than their parents’ generation, 76 to 24 percent. Recognizing the importance of this shift, the PGA TOUR paired up with Waste Management for the Phoenix Open to help save the Earth. During the week long tournament, over 500 tons of trash will be accumulated, primarily from aluminum cans (typically filled with beer) and utensils, and zero of it will go to the landfill.

Brent Bell, vice president of recycling at Waste Management, said their technology includes optical scanners and are programmed to recognize recyclable items within 8/100 of a second and uses 4,000 air jets per minute to separate out the recyclable material. This year, the company is looking to compost 200 tons of food, recycle 240 tons of waste, and convert 50 tons to energy.

The PGA TOUR continues to look for more ways to engage fans and appeal to Millennials. Coming later in 2017, the PGA TOUR will be expanding their equipment bag to include more virtual reality content delivered through their Samsung Gear App and experimenting with augmented reality and the HoloLens with Microsoft.

“We are in the middle of looking at a few augmented reality prototypes to release later this year. The HoloLens experience opened our eyes as to what we can do for fans,” said Gutterman.

The idea of interacting with one’s favorite player on the TOUR may become a reality.

“Maybe someday we’ll get you standing next to an augmented Tiger Woods, “ quipped Gutterman.