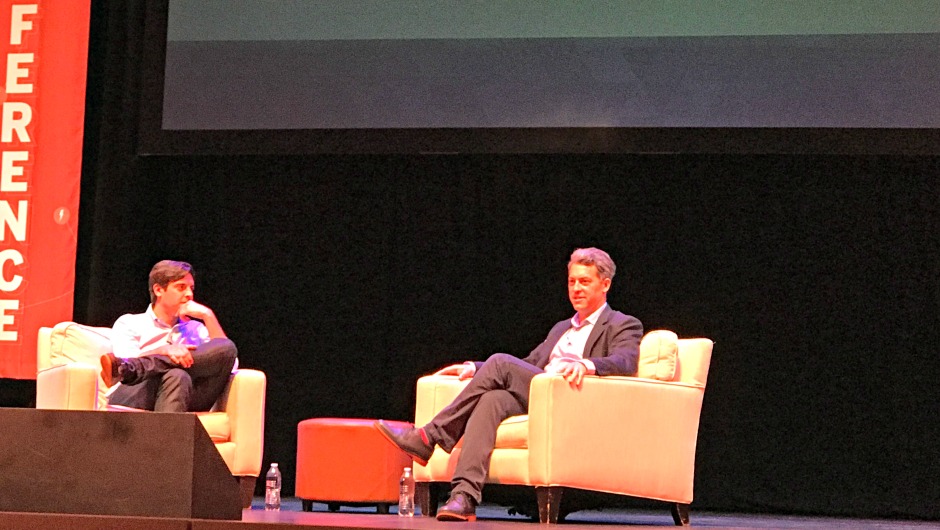 America has become more polarized than ever, and technology is at the forefront of both problem and solution. Between fake news deceiving viewers, non-transparent monopolies keeping consumers in the dark, and political bubbles making progress impossible, it’s easy to become distracted or even confused about who or what is trustworthy.

In the past week, your Facebook feed has likely been inundated with people listing a number of bands and one being a lie. The week before everyone was talking about the Mother of All Bombs or the GBU-43/B Massive Ordnance Air Blast. And the week before that the world was tearing into Sean Spicer for claiming Hitler never used chemical weapons.

In the same period of time, Bill O'Reilly was kicked off the air, Silicon Valley darling Juicero was found to be an expensive paperweight, and we can't forget the countless photos of Starbucks’ Unicorn Frappuccino. Add all that to the millions of cute animal photos and pictures of food your mom keeps posting to her wall. So how in this age can a brand cut through all of this noise?

The battle for your attention has only just begun, and it’s through trust, transparency, and exceptional experiences that a brand will succeed. This is according to the Vox Media CEO Jim Bankoff and Casper Mattress Cofounder and CEO Philip Krim, both who spoke at DIG SOUTH Icon, a conference series that celebrates startups, tech, and innovation in the Southeast.

“Brand is what signals trust,” said Bankoff. “It’s how you can trust something that you click on. Brands that don’t provide that trust will be weeded out by the platforms and consumer base. So, we have to take control.”

In the early days of digital media, consumers and publishers treated online content in a very similar manner to print. The printed content would simply be placed online, occasionally there would be a few extra photos, and readers would have plenty of options to choose from. Now, there are practically endless choices to consuming content, which has in turn further empowered Twitter, Facebook, and other platforms to incidentally become aggregates of both news and noise.

“If you post on Facebook, you get a feel for what your friends are sharing or liking. In our case, we believe in quality content, quality journalism. In our case that’s going deeper than a lot of what’s on Facebook,” said Bankoff. “There is a lot of superficial content on Facebook. In fact, the Facebook algorithm is tuned to favor that kind of content. It’s changing, there is a blowback on fake news, and people are concerned more about the world. Facebook itself is adapting to that. Facebook is starting to adapt.”

In order to get consumers to buy something online, a brand needs to establish trust. This can be done through having a secure site, product reviews, and eventually a track record for having quality goods. For consumer brands, the process is relatively straight forward; however, for media companies it’s a constant challenge even when simply reporting facts. As far as news organizations go, Vox Media is still quite young, yet they have carved out their niche in the way they tell stories, not by gaming the system.

“Google used to be used for content discovery. Folks learned to game the system to get better visibility,” said Bankoff. Call it black hat SEO or a if you can’t beat them join them mentality, Google’s algorithms are now fine tuned to focus on surfacing higher quality content. “Demand Media for example, they just pumped out a lot of content. Then Google woke up and changed the algorithm to favor quality media brands. As a new comer, Vox started to benefit. Yes, we needed to be smart to show up in google results, but what is more important is what’s on the other end. You need quality if you want to be sustainable and successful over the long hall.”

Though a constant necessary struggle, trust and transparency is but a foundation for retaining readers or consumers.

“It requires a bit of faith to say we are living in a state of change. Things are not ideal right now. Through all this disruption new solutions are found,” said Bankoff. 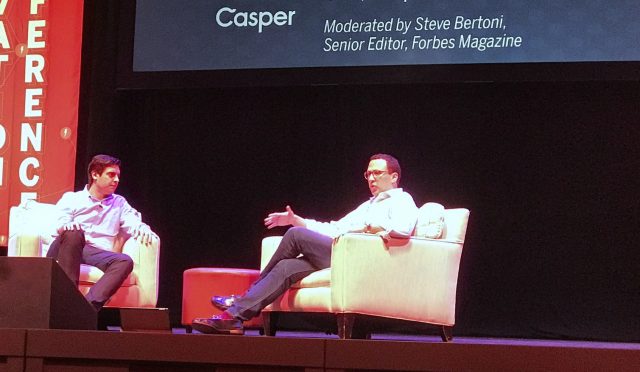 In a separate keynote fireside chat at DIG SOUTH Icon, Casper Mattress Cofounder and CEO Philip Krim discussed how their user experience, transparency, and instances of surprise and delight have led them to rapid success. To start, prior to the wave of jack in the box style beds, they had to go to a store, speak to a commissioned salesperson, and then awkwardly lay on each bed.

“They would try to convince you to spend hundreds or thousands more than you need,” said Krim. “The first step we had was to circumvent the traditional experience, traditional retail. That’s why we built casper.com, the industry is very tightly control. Two organizations manage most of the manufacturing, and they work hand-in-hand to keep consumers in the dark.”

In response to an outdated approach and being able to cut out a few middlemen, Casper was on a mission to build transparency in the industry with a customer-focused mentality. When they first hit the market, the team started to receive positive press coverage about what they were doing and how they were innovating in the space.

“We thought we’d sell one or two, and convinced some people to write about us,” said Krim. “We started selling one or two dozen, then it became terror when we said how are we going to fulfill all those orders. Then it became 100 orders. The supply chain was the biggest pain. It was all word of mouth at first, especially because of the exp and delivery (small mini fridge sized box). It was such a better experience than anything out there that people started talking about it. It’s an amazing part of our business.”

Although Casper was not the first mattress company to sell these kinds of mattresses, it’s the entirety of their experience that has people still talking. According to Krim, they were the first to really brand the experience.

“We added hand-written notes, etc. We were surprised by how many people filmed the experience online. It’s sort of like the foam dino that you add water and it expands. People are having so much fun with it.”

A quick look at both Instagram and Twitter confirms this sentiment, with customers showing off everything from the Casper dog beds to them unboxing their own bed. The other component for the brand is that while they started entirely online and with ecommerce, the team embraces physical retail as well.

“We are at the convergence of offline and online,” said Krim. Between mobile popups and showing their beds off in various partnered stores it allows consumers to still follow the traditional model if they wish. For their standard approach, Casper will send you a bed for up to 100 days, and if you don’t like it, they will ship it back free and then donate it to a local charity or upcycle it to a showroom (after being cleaned).

“We always focus on surprise and delight, because we know how important this product is to people. The science of how it leads to creativity and productivity etc…It’s why every detail really mattered to us,” said Krim.

Read more about how your brand can succeed here at Tech.Co.