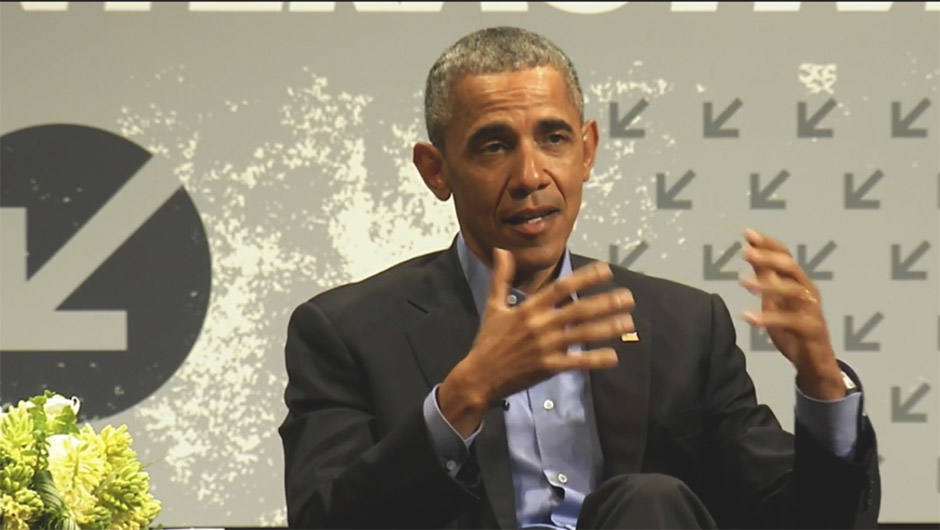 President Barack Obama made his inaugural appearance at this year's SXSW to discuss the importance of utilizing today's digital tools and technological advancements to greatly improve and support civic engagement. Sitting with Evan Smith of The Texas Tribune, the President talked over many topics, including the increasing role of government in streamlining the process for aspiring entrepreneurs, how a private-public partnership between The White House and Silicon Valley is helping to solve our nation's problems, and even touched upon the civil liberties issues surrounding Apple's privacy case. More relevant to our election season, though, President Obama called for a better process to engage citizens in the electoral process.

“We're the only advanced democracy that makes it [this hard] to vote,” said President Obama. “It is much easier to order pizza or [book] a trip [in America] then it is for you to exercise the single most important task [voting] in a democracy.”

The United States trails other developed countries when it comes to participation in political elections. In the 2012 presidential election, U.S. turnout was 53.6 percent. And that participation rate falls even lower when it comes to federal Congressional elections – with just 40 percent of the voting-age population actually exercising that civil right. According to the President, we need to redesign our systems to that we improve those participation rates, and we need to be able to create a safe and secure system that will eventually enable people to vote online.

“We want to create a pipeline where there's a continuous flow helping to solve government problems.”

Under Obama's term, the relationship between the Federal government and the technology sector has grown tremendously, with initiatives like the Presidential Innovation Fellows Program and The U.S. Digital Service established to bring solutions to our country's problems through uniquely tech- or digital-focused approaches. According to the President, he realized early on that there was this great potential in “build[ing] a SWAT team” made up of both people in tech and the people in Federal government to help solve some of our society's major issues.

President Obama is the first sitting U.S. president in history to make an appearance at SXSW.