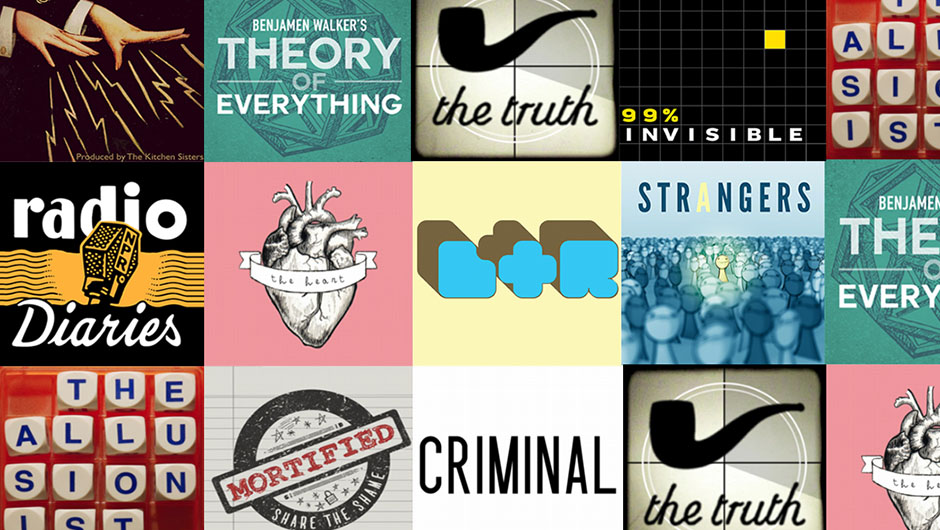 Whether it's listening to Roman Mars discussing the history of the computer mouse on 99% Invisible, or sitting by my speakers (in a style reminiscent of early-20th century Americans) captivated by the most recent fictional tale in The Truth, Radiotopia has turned me into a loyal supporter (take all the moneyz, seriously). And, thanks to a recent addition of support from the Knight Foundation to the tune of $1 million, Radiotopia doesn't have to just rely on my paltry donations to expand their current offering of podcasts.

If you're unfamiliar to the world of podcasts, Radiotopia is a project developed by the Public Radio Exchange (PRX). It's essentially a collective of eleven great, independent podcasts including its anchor program 99% Invisible, as well as Strangers, Love + Radio, Mortified, The Allusionist, Criminal, The Heart, Strangers, The Truth, Benjamin Walker's Theory of Everything, Radio Diaries, and Fugitive Waves. Since kicking off in 2014, Radiotopia has managed to break a Kickstarter record for raising more than $600,000 in a campaign it held late last year, as well as attain approximately 7.5 million monthly downloads for its set of podcasts.

According to the blog post from the Knight Foundation, the new funding will enable Radiotopia to further its expansion and evolution:

“With this Knight [Foundation] support, Radiotopia will expand to give producers more production, logistical, technical, fundraising and marketing services; create a pilot fund to cultivate new ideas and talent; and bring on our first-ever executive producer to provide editorial vision and leadership (this job will be posted soon and will be an awesome opportunity). As we have throughout this journey we will continue to share what we learn along the way.”

If you're still not excited, listen to this recent episode of Mortified: