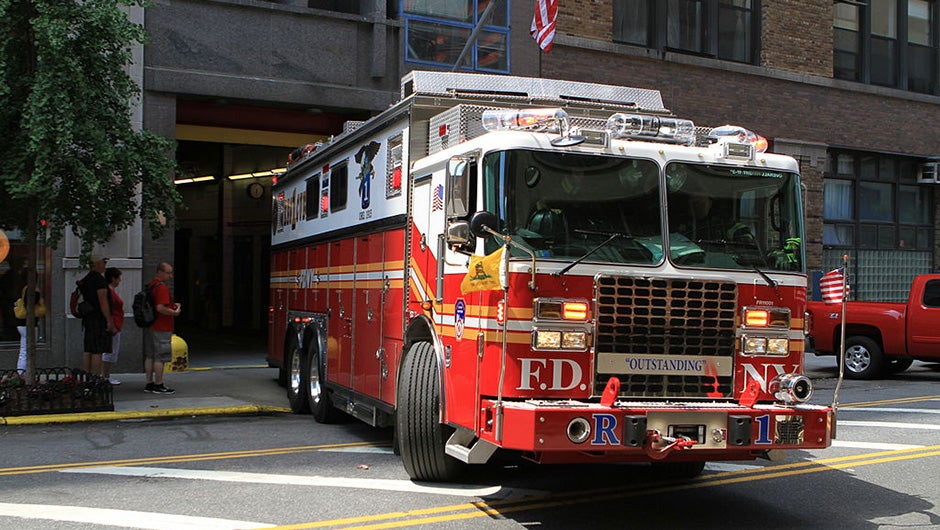 RapidSOS, founded by three Harvard MBA students, won the $50,000 prize with their pitch that promised to update an antiquated and faulty emergency system via a smartphone app. According to the app Web site, the antiquated infrastructure in place since the 1960s developed specifically for land lines does not help 911 callers who are calling from a cell phone out in remote areas, and are not able to communicate their location.

“As a result, millions of emergency communications are mishandled every year,” the RapidSOS site states.

A 2011 study reported that 70 percent of emergency phone calls are from wireless numbers, illustrating the drastic increase in a need for data from such calls. With GPS technology able to pinpoint a cell phone’s exact location, it’s a wonder first responders haven’t caught up with the times.

With the RapidSOS One-Touch-911 app, one push of a button — Fire, Police, Medical, or Car Crash — alerts the correct emergency division of your location as well as contacts your loved ones simultaneously to notify them of your condition. Even if you are not in good cell phone range, are not a native English speaker, or are unsure of your location, the One-Touch-911 app gets the correct information out fast to those who can help.

While the cost of the app is still speculative, membership was offered in exchange for funding on the app’s Kickstarter page, which garnered $60,123 from 647 backers and closed on April 21. A package of panic buttons which can be placed conveniently throughout the home or office and are linked to the app will also be for sale for an undisclosed amount.

In any case, the RapidSOS mission is a commendable one that hopes to save thousands of lives per year.

“It is time that our best technology be applied to our greatest challenges,” continues the Web page. “In an age of mobile computing and big data analytics, we can eradicate communication barriers and create an unprecedented ability to predict emergencies and warn citizens in harm’s way.”