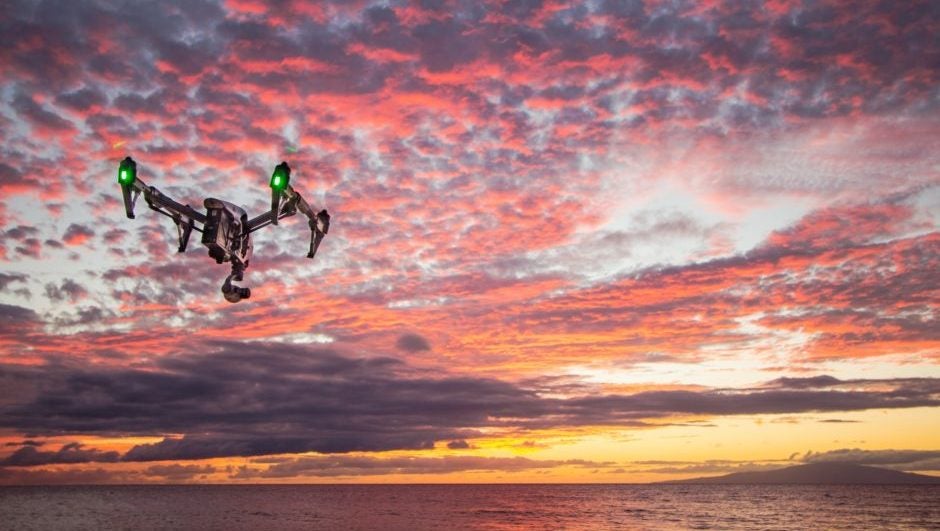 When it comes to drones, venture capital firms love to get involved. Raptor Maps is no different. This startup held pilot projects this year in Aroostook County to test the use of its drone technology in the agriculture industry. Raptor Maps has announced that they've raised an undisclosed amount of capital from a drone-centric venture capital fund.

The Commercial Drone Fund on Tuesday announced it has invested in Raptor Maps. The VC fund is an offshoot of Airware, a commercial drone technology company that invests in promising startups leveraging the capabilities of commercial drones across industry sectors.

The company, while headquartered in Cambridge, Mass., has been notably active in Maine. It received a $25,000 seed grant from the Maine Technology Institute in February 2016 to launch a pilot program in Aroostook County that saw its drone technology help potato farmers more easily monitor things like fertilization results and pest management. The comprehensive data collected by the sky-bound drones was crunched and provided to the farmers in such a way to allow them to make informed decisions about their farming operations and ultimately improve their crop yields.

“Until now, drone technology has been more of a curiosity in agriculture,” said Nikhil Vadhavkar, CEO of Raptor Maps, in a statement. “Farmers would receive maps with generic metrics like ‘crop stress,’ but the actionability and ability to calculate a return-on-investment was limited.”

With the use of drones, tractor-mounted sensors and software, Raptor Maps has created a system for farmers that allows them to precisely map, analyze, and measure m the quality of crops at critical times during the growing season, according to the company.

Vadhavkar and his cofounder Edward Obropta launched the company in 2015 while students at the Massachusetts Institute of Technology. That year, Raptor Maps won the MIT Entrepreneurship Competition and $100,000. It recently graduated from the Y Combinator Summer 2016 batch, during which time it was administering pilot projects in several states, including Maine.

“We started working in Maine because it is so accessible from where we are in Cambridge,” said Vadhavkar to the Bangor Daily News back in October. “And I work with several MIT students who grew up in Maine, so there was this great connection.”

The company’s progress has been enough to catch the eye of Airware and its VC fund.

“What impressed us with Raptor Maps’ product is that it collects a vast amount of data, distills it down, and correlates actions that a grower can take on a season-to-season basis—something we haven’t seen in other drone products,” said John Kolaczynski, head of corporate development for the Commercial Drone Fund, in a statement. “We believe this is a great product for the agriculture sector that can drive increased yields and reduced costs for growers.”