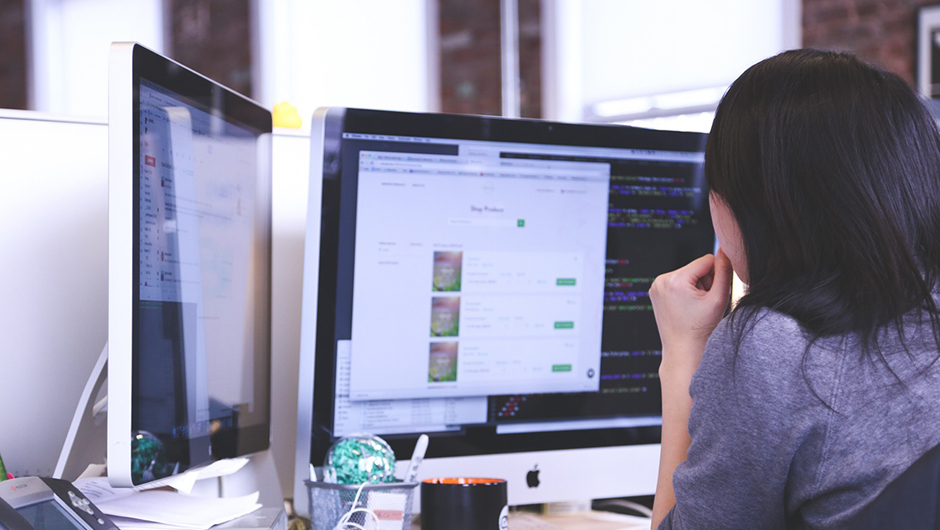 The technology sector is a rapidly advancing one and, in a world that relies so heavily on technological advances, it is strange and unacceptable to have such little representation of women. Statistics speak for themselves: according to The Muse, women account for 56 percent of the professional work force but only 28 percent of staff in proprietary software are women.

In the IT sector as a whole, only 25 percent of staff are women and – most worrying of all – women making up only 5 percent of the CEOs in the tech industry, which indicates a lack of funding towards female-ran startups. While many firms are now shifting their recruitment process, so they are operating as much as possible as an equal opportunities employer, there are still many tech companies who could benefit from a more diverse workforce.

Why is this happening?

There are many reasons why women are being overlooked in the tech sector, and one of the most important is the fact that, from an early age, girls tend to avoid computers and coding as it is seen as male-only pursuits.

According to Guste Sadaunykaite, head of brand and communications at the money transfer service TransferGo, only 17 percent of girls study computer coding at school. With jobs in IT dependent on years of learning and experience, not starting from a young age puts women at a huge disadvantage.

Linked to this, Sadaunykaite adds that the large amount of experience required to break into the tech sector puts women at a disadvantage due to pregnancies, which result in long working hours and compulsory after work networking, thus making child care extremely difficult.

Such problems are harmful in the long term, as women are an extremely important asset in the tech world. Take the following situation as an example: if the target market for an app is professional women aged 25 and above, having very little to no female developers, researchers or designers, will not be conducive to a target market orientated app.

This very realistic example is underpinned by a wealth of data. FastCo revealed that teams with at least one female staff member have a higher collective IQ than teams with all-male counterparts.

They further reported on a study by Dezsö and Ross that analysed 1,500 U.S firms and found that significant female representation in top management positions improved financial performance where innovation is key to the business strategy.

Furthermore, it was found that Fortune 500 companies with at least three female directors saw their return on invested capital increase by at least 66%, return on sales increased by 42 percent, and return on equity increased by at least 53%. So, it can be concluded that having more female staff results in greater profits.

FinTech Is Paving the Way

One tech sector that is a shining light on female representation in senior roles is the FinTech industry. Women have historically struggled to break through in the finance world, but in the financial technology market they're leading the way.

In an article on Politico, Bjarke Smith-Meyer found that more and more women are migrating to the FinTech world, in a bid to make a name for themselves and to get away from the male dominated culture of the finance world. In one FinTech company, 12 out of 15 executives were female and, in another, over 60% of staff were female – a huge improvement on the current gender split in the wider tech industry.

Still Work to Be Done

While the gender split of job roles is improving day-by-day, there is still a lot of work to be done. Of the utmost importance is making sure schools and colleges are providing plenty of IT, computer science, and digital technology lessons, so budding female coders get the chance they need.

The next step is to make sure coding and digital development are not seen as a male only pursuit, and that women are more than welcome to join the industry. After that, it will simply be a matter of educating employers, so they aware that women are extremely valuable to their businesses and that they should be given the chance they deserve.