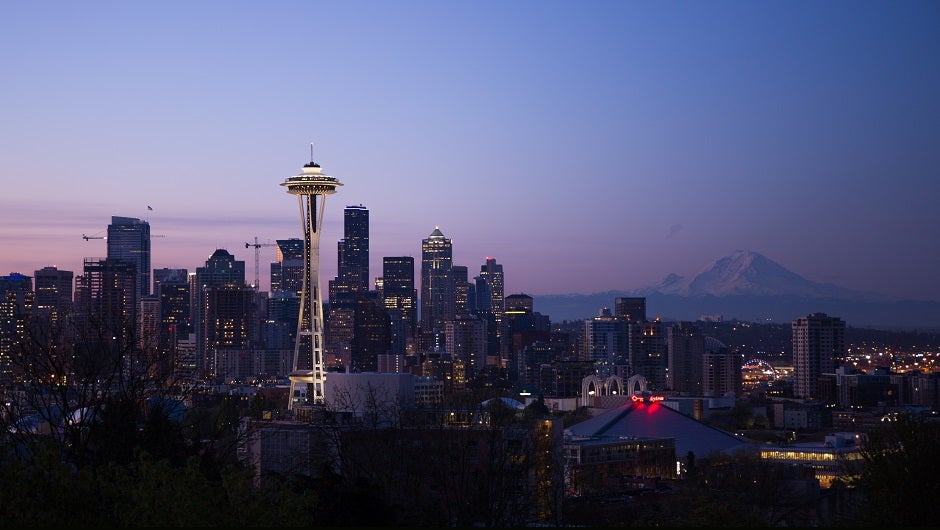 Seattle is a rapidly growing option among the roster of famous startup-friendly cities. Since it isn't as sizable as San Francisco or New York, it can be easy to forget how many tech heavy-hitters call it home — Boeing, Microsoft, Concur, Bungie, Amazon, Expedia, Zillow, Tableau, Valve, REI, and Alaska Airlines, for example. What's making the city an increasingly attractive tech community? (Besides the fact that rent prices aren't quite as sky-high as they are in San Francisco, I mean).

Writing for Geekwire, Tren Griffin weighed in on the elements that a startup city needs and that Seattle has. Here's a summary of the best points in his opinion piece:

1. Its Neighbors Are Close Enough to Pitch In

Open working spaces; Apple HQ's intentionally inefficient office layout; and the concept of Silicon Valley — they all rely on being close to others who have similar but different interests. Collaboration makes things happen. That's why being near significant sources of venture finance is a big boost for an incubator city:

“Have a strong local venture capital community but do not fail to leverage something like the greatest pool of venture capital ever assembled, just two hours away by plane. Given that San Francisco is so close, there is no shortage of venture capital if you have the right team, have created a significant innovation, and target an attractive market.”

2. The University of Washington

“As Warren Buffett says, if you’re sitting in the shade on a hot day it is because someone planted a seedling long ago. The number of seedlings like the Technology Alliance that Bill Gates Sr. planted in his community over the years is stunning.”

3. A Culture of Community

Seattle's history of moderately benevolent public figures meshes well with the tech community's emphasis on public service and making the world a better place. There list of examples here is long enough to turn into some confusing word salad, but it's pretty convincing:

Pike's Place and Dick's Drive-In are also great examples of the small business culture that keeps the tech world healthy.

4. Don't Look Down on Startups

“The startup life is not for everyone, but the people who do work for one should be treated like everyone else. They are no better or no worse than anyone else. Many people would be surprised how many cities look down on people who work at startups.”

Seattle's culture is definitely less focused on traditional or blue-collar jobs, but that doesn't mean it doesn't have room to grow. I'm from the Seattle area, and can confirm that people in the tech community can be just as pompous and arrogant as they are humble.

This one sounds a little counter-intuitive: Of course the emerging startup city is going to be young. But being youthful is a great way to ensure that every startup matters. Startups need to produce a real product that people will pay real money for, and that's easier for startups to remember when the culture that surrounds them is still a little on the skeptical side.