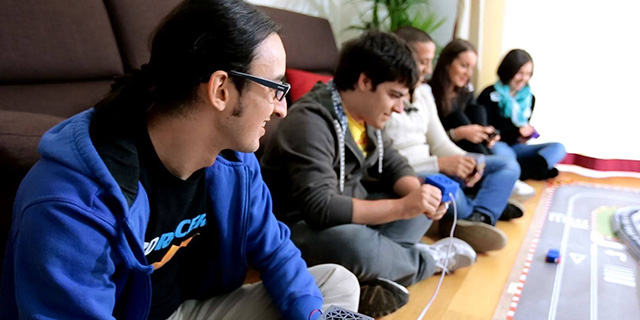 Did you guys ever have remote control cars growing up? I had one or two, but the best was when my friend and I built one together. We went to the hobby store (jeez, when was the last time anybody said that) and bought a giant box that contained some thousands of pieces which, when assembled properly, would look totally badass and drive very fast.

It took us six months to finish it.

Now, it’s a pretty technical journey to build an RC car of that caliber. However, there’s something to be said about the cognitive stimulation; taking many small, sometimes fragile pieces and connecting them to construct a unified whole is a strong message on a lot of levels.

When I recently came across 3DRacers I saw a company that embraces that love for building, and it's not an insanely complex building experience. But they go further by adding in an element of design: 3D printing.

There are currently 23 days left on the 3DRacers Indiegogo campaign, but they’ve already reached $16,459 of their $25,000 goal. In my professional opinion, it’s a matter of ‘when’ and not ‘if’ they’ll hit their goal.

You can design a car online, 3D print out all the pieces, assemble the car components together, and that's it – you're ready to race. If you don’t have access to a 3D printer or software, you can design and print your car with 3DHubs and pick up the pieces at one of their locations.

There are so many combinations you can throw together, it’s honestly staggering.

Of course the real fun of it all is the race, and once your car is assembled your smartphone serves as a remote for the car. The app keeps an automatic lap counter, scoreboard, and even offers strategic modes with mandated pit stops and warm up laps.

When 3DRacers gets to retail, the kit will only set you back $49. That’s a hell of a deal for something that’s super fun, socially interactive, and stimulating to the creative mind. I can’t think of one person who wouldn’t like this. Play around in the car editor!