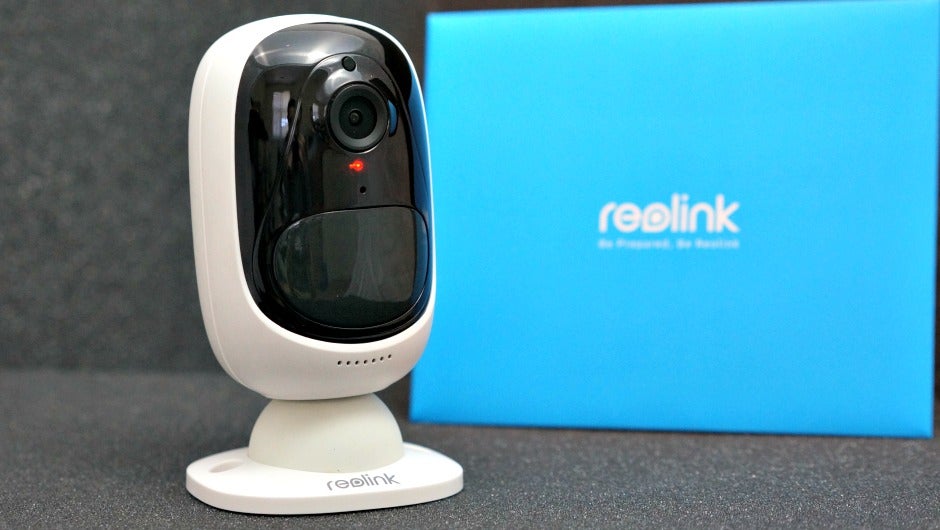 Between renters and outdated security equipment that needs to be installed in your home, a new market is emerging. Devices that were once drilled into your walls can now be placed anywhere, without wires, and either need a WiFi connection or in some cases just a cell signal. This portable, easy to setup technology is making home security even friendlier to those of us millennials who can’t afford to buy a home because of our avocado toast addictions.

Reolink, a decade old security hardware company decided to take their spin of the wheel by offering up an affordable solution that goes against their standard offering and placed it on Indiegogo. With more than $1 million in funding later, the wireless indoor/outdoor security camera, Argus, became reality.

Over the past year, we’ve seen many different forms of security devices and cameras hitting the market. From Canary’s popular indoor system, to Netatmo’s AI-infused outdoor flood light, to Blink, which is a personal favorite. Reolink’s Argus camera differs due to it’s ability to work indoors or outdoors, has no hub, runs on a wireless network, and still only costs $90. At this price point, the camera would appear to be a steal, which is exactly why we had to test it out. For more than a month, we used the Argus camera inside and outside to try and capture the person going around stealing change from our parking lot.

At $90, the Reolink Argus is no joke for those of us looking to keep an eye on our home or office. For as much as I love the Blink system and their price point, this does come in at about $40 cheaper and has a slightly better resolution (though you can still view videos when the WiFi goes out). As long as you have a connection, this battery powered camera makes home security an easy task.

Day or night, rain, snow, or shine, the Argus is designed for practically any environment or time. Unlike some of the competing offerings, this also films in up to 1080p resolution and includes two-way audio so that you can speak through the app and out of the camera itself.

To get up and running, it only takes a few minutes. The setup process consists of your basic unboxing, popping in batteries, downloading the app and creating an account, and then following the walkthrough. The camera will also use voice prompts to get you through to the finish line, which was a nice touch.

After the camera is setup, I started to poke through the app and settings to see if I could tweak it to fit my schedule. Like any security camera, if you place it in an area with a lot of movement, it’s going to either set up a lot of notifications, or in the Argus’ case suck down its battery. Within the settings, it let’s you easily adjust the camera sensitivity and set a daily schedule, and from there it was a set it and forget it type deal.

At first, the sensitivity was set to medium, but any time a car would go by it set it off. I adjusted this again and got a bit more battery life, which according to Reolink should last 4-6 months. At the rate it was going it would have made it about two months, but with the adjustments this should last another month. This is where Blink (two year battery life) and wired cameras one up it, but otherwise the lifespan isn’t too shabby. 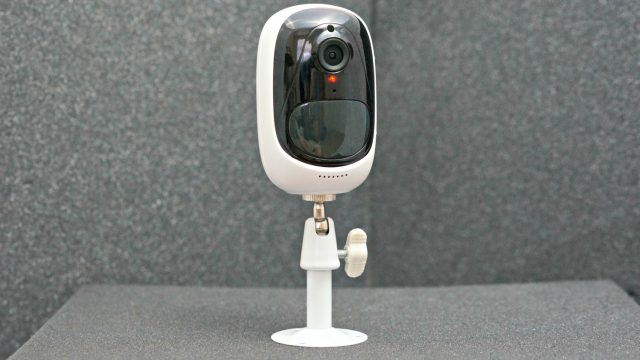 With the camera up and running, any time the PIR motion sensor was triggered, I’d get a push notification. However, you can also set it up so that you get an email or sound alert too. Argus also includes an audio alarm, so if motion is activated it’ll produce a super annoying siren to thwart the likely trash panda that set it off. Fortunately this can be turned off as well.

Though I’ll get to the design later, there is one area that is worth mentioning up front: it uses expandable storage, but it’s easy to access. Argus supports up to 64GB of MicroSD storage, and for now has no cloud option either. Supposedly they are working on this, but for now playback is done entirely through the app, and if you have no WiFi connection to the camera for any period, playback and live streaming is out. On top of this, the SD card is in the camera itself, so if someone were to pull the card out, you’d be out of luck. These are two pretty big sore points, both of which would be resolved with the cloud offering. 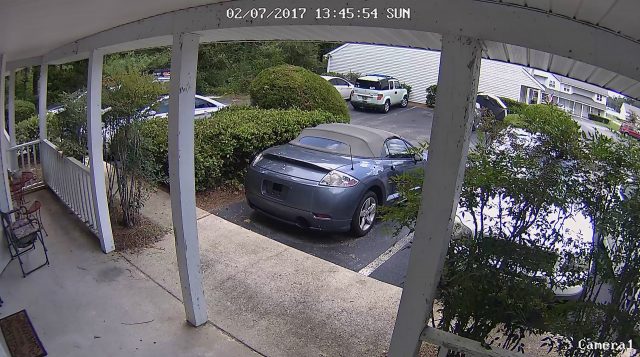 Outside of the basics, Argus also doesn’t have any integrations with things like IFTTT so you won’t be able to control it with Alexa. Like quite a few other security cameras, you also have to access everything through their app, so there is no web interface.

Overall, the Reolink Argus works well, can handle practically any weather situation or time of day, and has a price point that is hard to beat. However, the accessible Micro SD card is a problem, as is the lack of cloud storage. 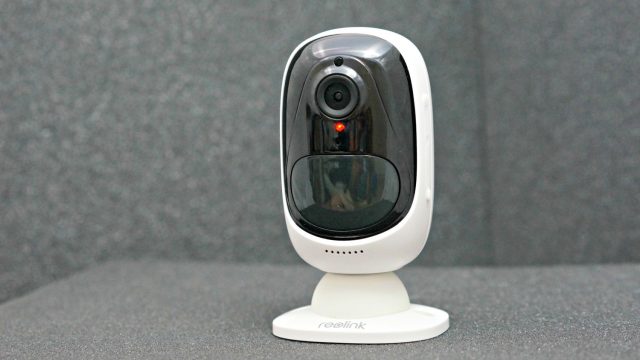 Unlike some of the other wireless security setups we’ve reviewed in the past, the Argus has a relatively standard look to it. The primary housing is an egg shape, you can use one of two included mounts to place it indoors or outdoors, and you’ll see a small blue LED light (can be turned off) when it’s filming. The only design issue on the hardware is the accessibility to the SD card, which accessible directly under a rubber flap. Due to this, anyone could easily just pull the card and you’d lose your footage.

The app on the other hand is a bit of a doozy. If you’ve ever seen a traditional security system, the app mirrors that. You can view one, four, nine, or 16 cameras, see a list of your devices and their status, and otherwise interact with the various features available. While it’s easy enough to figure out through some trial and error, the less tech savvy will likely run into a few bumps with it.

For example, if you go to Playback mode and want to find an area where Argus captured motion, you have a timeline slider for past days to see where there is video; however, the small blue markers are so light in color you can hardly even see them and sometimes it doesn’t show at all. Exporting the video is also a bit wonky and acts like an old security system. Once you’ve found a clip you want to export, you first have to hit play, then hit capture, and then it’ll be available on your phone.

Overall there are some messy controls on the app that can be overlooked once you know how to navigate it, but until Reolink offers cloud storage that SD card accessibility is going to be an issue.

Should you buy the Reolink Argus wireless security camera? If you’re looking for an affordable, expandable security solution that will work anywhere that happens to have WiFi access, then certainly. Reolink has a history of producing standard security systems, and they crammed a lot of features into the tiny Argus. While personally I think the app is a pain, the hardware works incredibly well.

Once you get a handle on how the app should work, scheduling and adjusting the sensitivity, not only will the battery last longer, it’s easy to keep an eye on your place. The price point alone makes this an easy buy, but combine this with it’s decent night vision, ability to be inside or outside, and that in itself would recommend it to anyone. Just be aware that if you place it in a highly traveled area the battery life will be diminished, and you can’t block out specific areas in the capture zone. While it’s not the end of the world, the easy access to the Micro SD card is a bit of a problem, as is the inability to watch the videos when WiFi is out. Based on these features and a few bumps, we give the Reolink Argus a 3.5 out of five. Once they add in cloud storage this will be a better solution as well.

Where to buy: Reolink

Read more reviews of gadgets and gear on TechCo