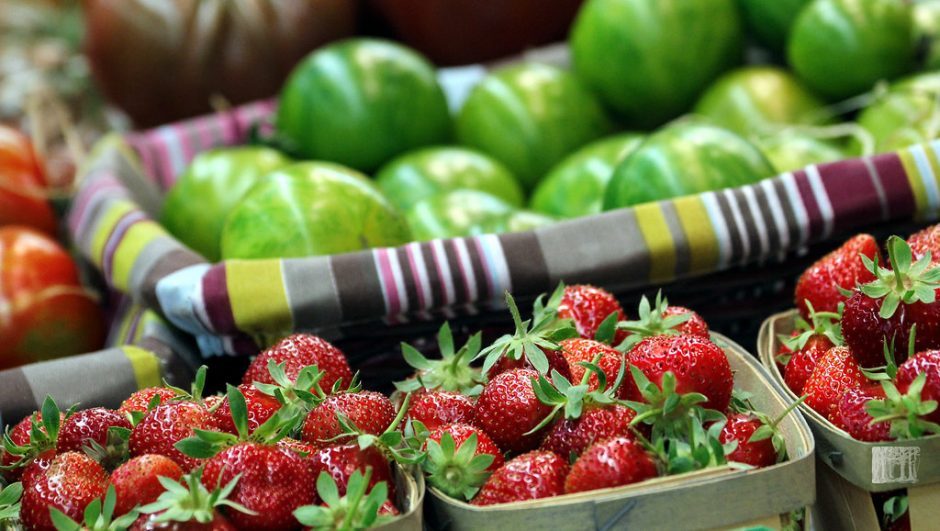 Anita van Dam and Grace Burchard, both students at College of the Atlantic in Bar Harbor, took home 1st place for their company, [Re]Produce. The first-place finish comes with a $5,000 cash award, which van Dam said the pair will use to help launch the company in Portland this fall. (More on [Re]Produce below.)

Five teams of college entrepreneurs competed in the finals of the UMaine Business Challenge, which, despite its name, is open to student entrepreneurs from any Maine college or university. This year, three teams were from UMaine, one was from Southern Maine Community College, and the [Re]Produce team is from College of the Atlantic.

Benjamin Koehler, a senior at UMaine studying mechanical engineering, won the Technology Award, which also comes with $5,000, for a product he’s developed called the Comfort Appliance, which is able to draw heat off of a wood stove, and store it in a portable, insulated box that can then be carried to another room to provide warmth to an otherwise unheated space.

[Re]Produce Set to Launch this Fall

The company is beyond the idea phase. Van Dam, a sophomore, and Burchard, a senior, are currently working on the business in the Diana Davis Spencer Hatchery Accelerator, a business incubator at College of the Atlantic. They have worked on their business plan and spent time speaking with farmers, consumers and retailers to get more information about what the market is demanding.

They already have eyes on a facility in Portland where they hope to launch the business this fall. The plan, as of now, is to market towards millennials, van Dam said.

“Our niche market is millennials because they are more passionate about social and environmental issues and will use their food buying power to encourage change,” she said.

Van Dam and Burchard have also spoken with the team behind Northern Girl, the innovative, locally focused food processor in Aroostook County that announced it was ceasing operations in early March.

“They have given us valuable information that will help us make more strategic decisions,” van Dam said. “We admire Northern Girl for being the first local frozen produce business, and thank them for openly talking to us about potential problems that can arise from a business like ours.”