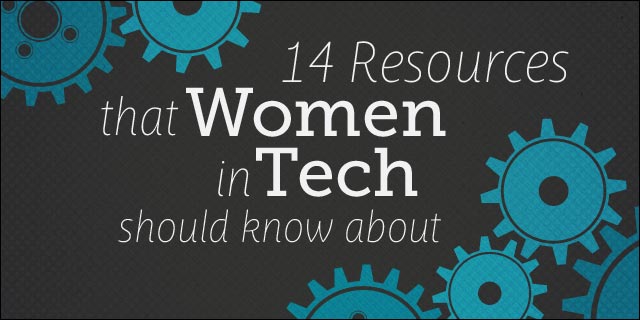 With women only making up an estimated 12 percent of software engineers in the United States, and a growing shortage of software developers, momentum is gathering to encourage and show women that they can succeed in technology roles. Grants, scholarships, intensive developer courses and support networks are helping women realise their potential, get qualified and out into the workforce.

So why aren’t there more women already?

One of the problems which may be preventing women from getting into tech is “imposter syndrome”. She++, a documentary about women in tech, explains that girls who are just beginning in the field often worry that they can never catch up with men who have been coding most of their lives. “It was just very intimidating to be around all these people who could just hack out code and I was just struggling to write my first hello world programme,” Shubha Nabar, a development lead at Microsoft says in the documentary. But now things could be getting easier for women.

To help encourage and fast-track women into the tech workforce, a number of organizations are offering incentives and scholarships for intensive short courses, often suitable for beginners.

Dev Bootcamp, a crash course in web development which launched in 2012, has already noticed the untapped potential of encouraging women into technology. Dev Bootcamp New York director Lloyd Nimetz is seriously concerned about the lack of women in the industry and wanted to do something about it. “We recognize that institutionalized sexism continues to limit women’s success in the technical workforce and often discourages entry.” For the nine-weekcourses at the San Francisco, Chicago and New York campuses, Dev Bootcamp offers both a $500 diversity scholarship for women, and in partnership with professional women's’ group Levo League, a $2500 women's scholarship. Nimetz says gender diversity is very important at Dev Bootcamp and the team wants it to be the norm. “While many of these forces are beyond our control, we believe that the first step is to acknowledge this reality and take some action towards addressing it. Doing nothing will only perpetuate inequalities.”

The Hackbright Academy runs an intensive 12-week software engineering program which is just for women. The founders of the Silicon Valley-based academy say “we want to do our part to equalize the imbalance, and we felt that a program exclusively for women was a good place to start”. The academy offers one full scholarship each quarter, and offers a $3000 refund to students if they get a job with a partner company.

Tech education hub General Assembly also regularly offers discounted courses and partial scholarships to women, and in the past has partnered with both Girl Develop It and Young Women in Digital to make it happen.

For female high school students just thinking about their career paths in tech, there are also a lot of options. Each year Google’s Anita Borg Memorial Scholarship gives financial support to selected women studying computing and technology at undergraduate and graduate level. Borg worked to educate people, especially women, in the importance of technology and founded the Institute for Women and Technology in 1997, now called the Anita Borg Institute for Women and Technology. She also co-founded the Grace Hopper Celebration of Women in Computing Conference, which is the world’s largest annual gathering of female technologists, and celebrates its 20th anniversary this year.

The Society of Women Engineers offers a huge range of scholarships both for computer engineering majors and general engineering, in association with companies like Dell, Cisco, Honeywell, IBM, Intel, Texas Instruments and Verizon. Other scholarships and grants for women to study technology-related subjects are offered by Palantir, Microsoft, ESA, National Center for Women and Information Technology,

With so many organisations doing what they can to encourage women into tech, the future looks bright. The She++ documentary points out that by 2020 U.S. businesses will need 1.4 million computer scientists. “We need everyone we can get in this field, if Stanford graduated all its students in computer science, the [Silicon] Valley would hire them all,”  Eric Roberts, professor of computer science at Stanford tells the filmmakers.  Even The White House has realised getting women involved in tech is important, with Michelle Obama helping to promote “Women in STEM”, an initiative to encourage women to study science, technology, engineering and math. And hopefully soon there will be more strong female role models like Facebook’s Sheryl Sandberg and Yahoo’s Marissa Mayer who will inspire women to follow in their footsteps.

Guest author Imogen Crispe is a Writer for Fueled, a mobile development company based in New York and London. She is an experienced and versatile journalist who loves writing and traveling.