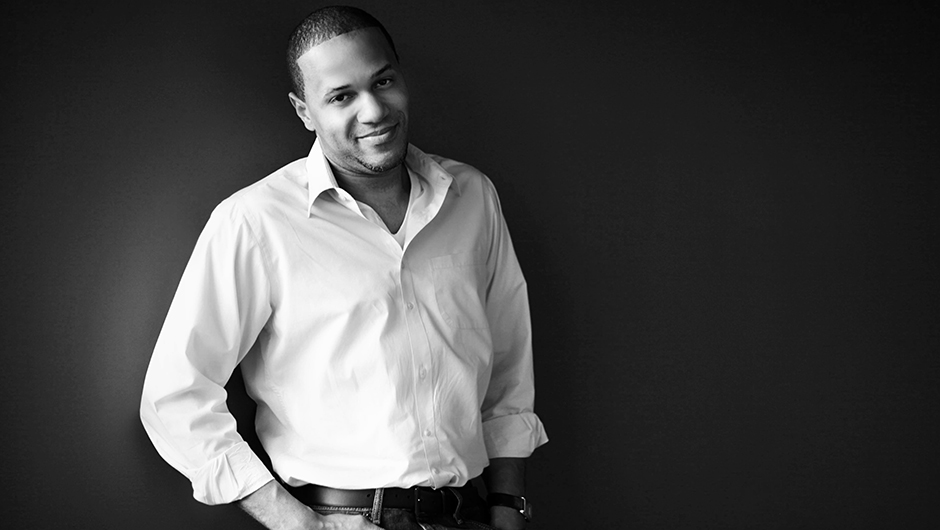 Pittsburgh-based tech founder Don Charlton wants to make the process of hiring easy and affordable for small businesses. He recognized a market that was underserved and in 2011 started a company that created a human-resources workflow management platform that is easy to use.  Both President Obama and Presidential Candidate Romney used this hiring platform to staff their presidential campaigns. Since the 2012 election, Resumator has become a go-to H.R. tool for more than 12,000 companies, including Pinterest, Mashable, Instagram, and Tumblr.

As part of our editorial series where we highlight successful black tech founders in various tech hubs, we spoke to Charlton about leadership and race. He specifically talks about why there aren't many black entrepreneurs in the startup ecosystem. It's an issue recognized at the top–with the lack of black founders, CEOs and investors–and in the process of hiring black employees willing to work for startups. Charlton argues that today, black entrepreneurs have to make sacrifices for a career in tech.

With his unique insight and experience on building a startup, here's what he had to say:

What is The Resumator and what problem is it trying to solve?

We're a recruiting platform that gives small and fast growing businesses the same recruiting edge as large businesses and fast-growing tech firms. The problem we're solving is the average business does not have the knowledge or tools for effectively leveraging the Web to recruit, and we give them the tools, processes and data to eliminate this competitive disadvantage for talent.

What is the biggest lesson you’ve learned from building your own company?

I like to say that building a business is perhaps the most humbling experience. New entrepreneurs naturally have an ego and believe that they can do everything. But when you realize there were so many things that are part of building a business that your entrepreneurial muscles simply cannot achieve, you get the joy of seeing other people step in with those muscles and help you grow faster. Perhaps the biggest lesson I've learned is that in order to control your company, you have to know how to and when to give up control to much more talented people.

What role, if any, has your race played in your leadership style?

That's a tough question for me to answer, Because I'm just me and whenever I negotiate, coach, debate, and yes in some cases reprimand, I'm doing it as a guy. Not a black guy. I might say that my height and maybe my facial expressions play more into how I must alter my leadership style. I'm pretty physically imposing (6 foot 4), and I'm very direct with my words. I would say that these probably play more into how why I’m trying to change my leadership style than my race.

What are some of the challenges you’ve encountered trying to build a diverse company?

I look at diversity as stages. I think everyone needs to try to get a good male-female mix first, then you want to try to have racial diversity, and of course you want people with different yet complimentary personalities. That's a lot to ask for. And when all of our comfort levels and experience levels stem from our personal connections (which are often not diverse enough), I get why companies can become homogenized even whenever it's not malicious.

My biggest challenges in trying to recruit African-Americans is that first I need to find someone with experience in tech, or the ability to adapt their skills, and then there's the hard part: convincing them to come work for a startup. The African-American community knows whenever you get a great job at a large corporation, you should cherish it. Leaving the safety (read: fairer hiring practices) of corporate America for a high-risk environment is not something culturally African-Americans do in droves.

When you're an African-American professional, taking risks with your career can be more dangerous, as you've already worked hard to break through some glass ceilings to get where you are. So convincing someone to leave a job that is already accomplished, to come to a company that is less accomplished, can be surprisingly difficult.

This is a very tough question because I think there are actually geographic and demographic issues that are way bigger then we realize preventing tech from becoming more diverse. Try being African-American and having a social life and dating life in San Francisco (let alone afford the rent). Now try driving from Oakland to Mountain View sometime. You have to make a lot of sacrifices with your personal life if you're African-American and want to have a career in tech.

I think one of the most important things companies should do is stop using computer science as an excuse. You don't have to be a software engineer in order to “be in tech”. We should judge Google and other large companies based on the diversity of their customer support teams, marketing teams and other teams where there are plenty of African-Americans who are educated and qualified for the role.

We should also first have a better understanding of how diverse or non-diverse their candidate pools already are, then go from there.

In your opinion, what role does education and government play in creating more opportunities for minority entrepreneurs?

I think the role of government should be to not create situations where minorities are at a disadvantage.

Unfortunately, until about 1965, the government was an active participant in making minority entrepreneurship more difficult. I think the role of government today is to make sure that the playing field is level and appropriate steps have been made in order to help minorities “catch up.” The controversy begins when we all start debating what “catch up” means. I don't think it means any type of handout, but I do think it means preventing others from disenfranchising minorities. There are some good examples of this already, such as many government contracts requiring some minority sub-contractor participation. I get that this can be considered unfair, but until you weed out backroom deals, nepotism and other nefarious activities in contracting, you'll have this “lesser evil” creating some form of “unfair fairness,” which can mean one of two things depending on your perspective.

Education is a much bigger mess. It should play a huge role, but there are so many social, economical and geographical issues driving poor education of minorities, that conversation would be way too long for this discussion. There are plenty of schools and plenty of parents failing children, and they're of all different races.

What kind of programs do you think are effective today in helping foster the next generation of minority entrepreneurs?

Tech is the new industrial revolution, and some minority groups aren't participating in it and almost any level. I think the best “program” is being qualified and applying for tech jobs in masses. There are tons of tech jobs that have nothing to do with software engineering that can help you get a foot in the door, be part of a growing company, participate in the exit, and use that money to start your own business. Many people should start there.

What role did mentorship play in your career?