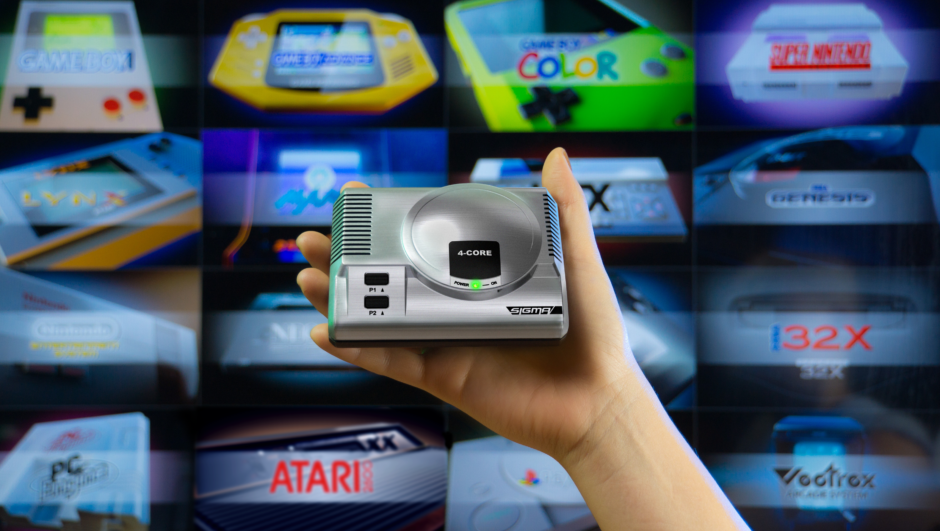 The holiday seasons is upon us, which means that gamers around the world are clambering to get the newest consoles, the hottest games, and the oddest controllers on their list. But while they battle over Xbox One S and PS4 Pro, most of us are left wondering: what ever happened to PacMan, Mario Kart, and Zelda? Don't worry, they haven't gone anywhere. Now you can find them all in one place with the RetroEngine Sigma, the newest console from RetroEngine.

If you think you have a simple, comprehensive ways of playing the best games from the 80s, 90s and 2000s, you ain't seen nothing yet. This console has everything you need to play games from Nintendo NES, Sega N64, Sega Genesis, and even Atari VCS 2600. And as one of the smallest consoles on the market (it fits in your hand), this portable device is a vintage gamers dream.

“Retro-gaming is about 3am wake-ups, sugar-packed cereal, next-level-achieving memories,” said Richard Huang, the COO of Retro Machines. “It’s about being transported to other worlds and daring adventures, while our parents sleep. Our goal was to provide a fun and affordable plug-and-play conduit to those exciting times.”

While this is obviously the best invention in the history of gaming, RetroEngine didn't stop there. In addition to all these gaming perks, RetroEngine Sigma acts as a media center, that allows you to surf the web and stream videos from a variety of sources. And with what looks like the easiest setup you've ever experienced, you can attach it to your TV with a HDMI cable.

The Indiegogo campaign for this product is a good indicator of how good of an idea this is. With more than three weeks remaining in the campaign, RetroEngine Sigma has shattered their goal of $20,000 by more than 2000 percent, raising more than $400,000 from more than 5,000 backers. While the early bird items flew off the web faster than most Black Friday deals, you can still lock down one of these prized devices for the low price of $89. And while you can't get it for that special someone this holiday season, you'll want to be on the short list of the first users, before it's too late.