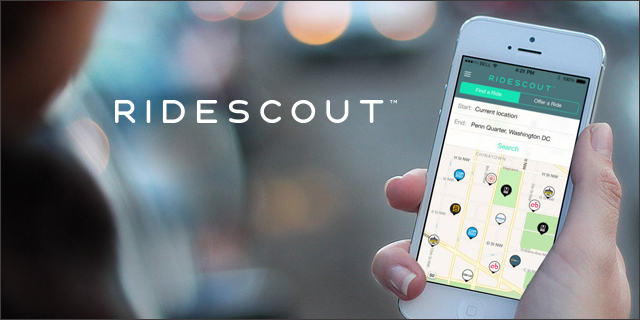 Going on a date with someone from Tinder is already a pretty miserable experience. Getting dock-blocked at the end of the night certainly doesn't help.

Last Monday, DC-based RideScout got some major updates to their iPhone app, as it improved the functionality of some of its Capital Bikeshare features on the app. On top of helping to ensure dock availabilities at Bikeshare stations, the new features on the app aim to improve the overall bike-share user experience in DC.

Launched last month, the company offers a free mobile app that aggregates public, private, and social modes of ground transportation (anything from bike-shares and public transit to taxis and car-sharing) in real-time. The goal is to provide people with the cheapest and fastest ride to their destinations.

For RideScout, the goal is always to look at what people want to see with regards to transportation: what can it do to make people's transportation experience better? When adding the new features to the app, the company looked into this problem of “dock blocking” that users of Capital Bikeshare often encounter. Despite the fairly rapid expansion of docking stations across the District, Bikeshare users continue to run into the issue of not finding a place to dock their bikes at a preferred station.

According to its 2013 Member Survey Report, 5 percent of Capital Bikeshare users ran into this dock blocking issue. While seemingly insignificant, the issue becomes clearer once we acknowledge the huge gap between the instances of full versus empty docks since the program launched (with latest data showing empty docks at nearly double the number of full docks). The program has tried to ameliorate the problem by moving certain stations to areas that see the most demand, yet dock blocking still occurs. Needless to say: dock blocking should not be a problem, but it is. While the new features to RideScout's app certainly won't stop dock blocking, they will help users from encountering blocked docks. 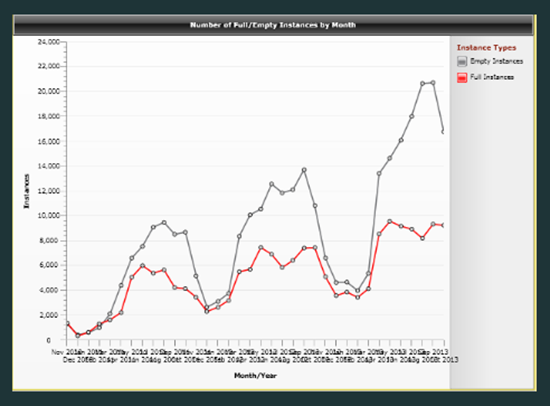 This graph shows instances of full and empty docks since the launch of Capital Bikeshare. (via RideScout)

As more alternative modes of transportation become available, travel by personal vehicles will become less and less frequent. According to a report from the the US Public Interest Research Group, Americans are driving 7.6 percent fewer miles per year than they did in 2004. In the DC area alone, there was an overall decline of 4.9 percent in roadway miles traveled between 2006 and 2011. To add to this, a recent study released by the American Public Transportation Association (APTA) shows that nearly 70 percent of Millennials (people aged 18 to 34) use multiple travel options several times or more per week, with an ever-increasing percentage opting for modes of transport that save money, provide convenience, and allow them to exercise. And, as we all know by now, DC is a city replete with Millennials – a population for which bike-sharing has become the most popular. According to the Earth Policy Institute (EPI), bike-sharing programs in the US are expected to reach 37,000 bikes in 2014 – a quadruple increase from numbers in 2012 – with a good bulk of that certainly coming to the DC area. So, I mean, it makes a lot of sense for RideScout to implement these new features (preventative dock blocking measures, duh).

While there are certainly a few other apps available on the market that allow users to track dock availabilities, none of them provide the quality of experience provided by RideScout. With the additional features on RideScout's app, Capital BikeShare users can: view their trip distance; time their ride; notify them when they've only got 5 free minutes remaining on their ride; notify you when your preferred docking station is full; notify you when a spot has opened up; and direct you to the next, near, available docking station. 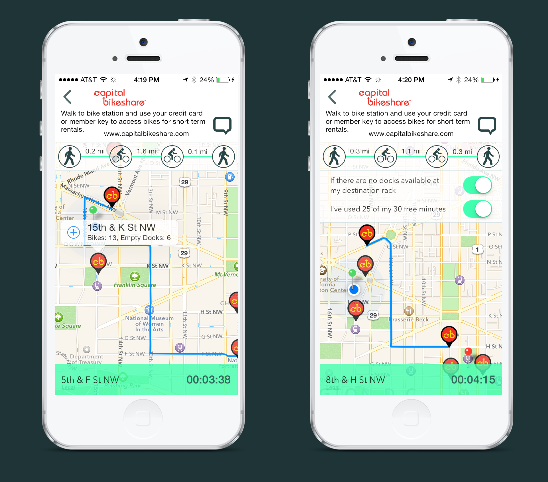 The update is currently only available to iOS users, but will eventually be available for Android users.