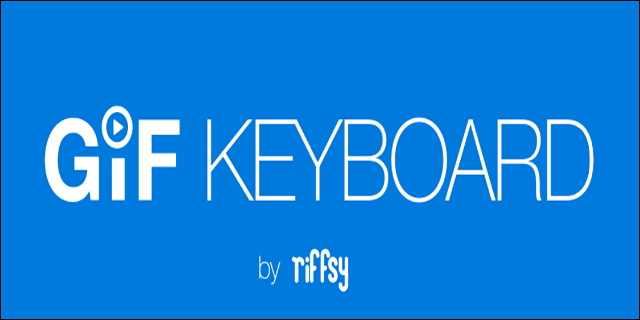 My life was not complete until I was shown that iOS 8 offered a custom keyboard to install. Because emojis. Now I can send dancing girls through text just like my grandmother. Imagine my surprise when I found out that, besides Fleksy of course,  there are a plethora of third-party keyboards available, for free or for purchase, on the app store.

Riffsy offers a keyboard app that makes it possible to insert animated GIFs into just about any conversation (text, Twitter, Facebook, other messaging apps.) Since launching the keyboard app six weeks ago, the company says they have amassed over 500 million GIF views and more than a million app downloads. In proper order, the company announced today that they have raised $3.5 million in seed funding from Redpoint Ventures (Secret, RelateIQ, HomeJoy, Twilio, Stripe, Path), Initial Capital, and John Riccitiello.

David McIntosh founded Riffsy, which began as an app that allowed content owners to create animated GIFs optimized for viewing and sharing on mobile. This allowed for sharing particular moments of videos for entertainment or previews of the videos to save time. Riffsy offered a browser extension to quickly create these Riffs on the desktop.  Adding this keyboard extension is just a brilliant added feature to allow everyone to up their GIF game. I know I have felt woefully behind-the-times when fellow Slack users always seemed to have GIF responses at the ready.

Because -as Riffsy sagely offers on their landing page, “Sometimes it just makes more sense when Beyonce says it.”