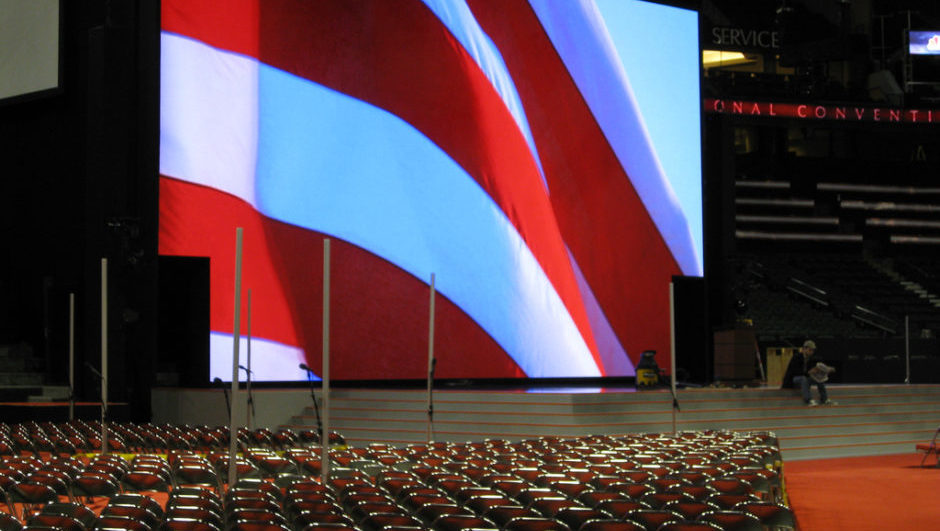 After what can only be described as a Howard Stern-esque march through the primaries, Donald Trump will finally take the stage at the Republican National Convention this week. Between the crass comments, the racists diatribes, and sexist explosions, the Donald has proven that being presidential is not a requirement of the nation's most powerful seat.

While his stance on controversial issues has ruffled some tech company feathers, any attempt to hack his campaign or the Republican party in general has fallen on deaf ears. But with the grandest Republican event of all kicking off in a few short days, hackers and cyber attackers around the world could be focusing their energy on a disruptive act the likes of which we've never seen.

That's not, however, what representatives are telling the media. According to Max Everett, chief information officer for the RNC, the amount of threats has been standard and the concern for cyber attackers is average compared to previous years.

“I would say the level of threat has not really changed much from what I’ve seen in the past,” said Everett to TechCrunch.

This doesn't mean that they aren't prepping for a few attacks. While stealing information from the RNC's network is neither prudent nor disruptive enough to warrant protection, the desire for cyber attackers to throw a wrench in the works is much higher. After all, making a name for yourself by hacking into the RNC has to be a hacker's ultimate goal.

Whether or not these threats will come true is up for debate. There is no doubt that this election has seen more controversy, more aggression, and more side-picking than ever before. And with younger generations siding against the presumptive Republican, it's no doubt that hackers and cyber attackers are drooling at the chance to put this offensive candidate and his aging party in their place.

Fortunately, there is a cyber security team in place, ForeScout, that plans to head off all these threats before they become a reality. With hundreds of news sources and attendees logging in to the system, you'd think they would be overwhelmed. But they have got it all under control.

“When you have this sort of temporary organization, you naturally think about all the guest devices connecting,” said Katherine Gronberg, vice president of government affairs at ForeScout. “Our product can see that IoT and can classify it. It determines the owner, the user, the operating system, how the device is configured, whether it’s been patched. It can also see the presence of security tools and malware.”

ForeScout doesn't seem bothered by the scores of tech companies pulling funding and support for the RNC after finding out that Donald Trump out be the candidate in question. They view the convention as a necessity in the political process, regardless of who the candidate is and how much Americans he plans to offend. They are merely a cog in the system and that system better go off without a hitch.