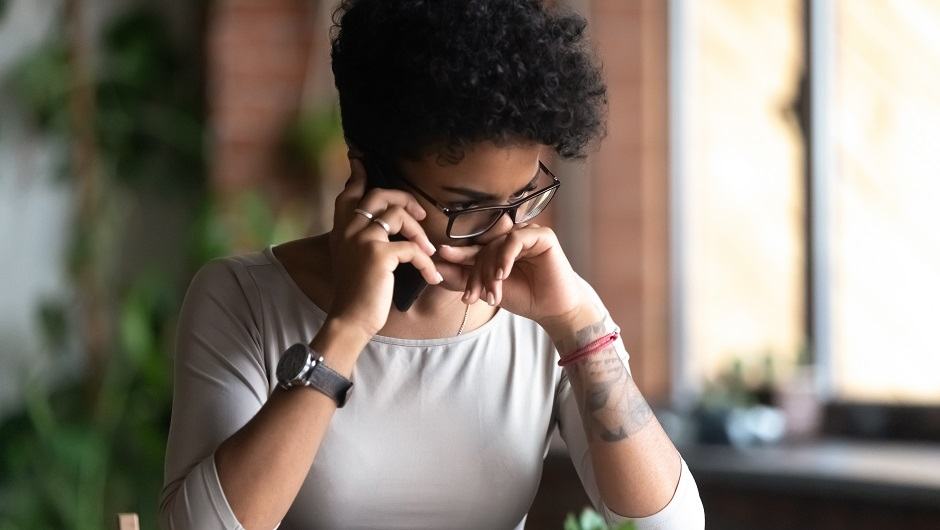 Chances are strong that you didn't pick up your phone the last time it rang, and you won't bother to pick up the next call, either. That's because nearly half of all phone calls made in the US are from scammers.

The ballooning of scam call volumes is likely thanks to innovations in robocalling technologies, as well as a few poor legislative choices. So, what options are still left to someone who doesn't want to answer a dozen spam phone calls a day? Presently, not a lot.

Here's a look at the dismal state of affairs today, and what you can do to combat robocaller spam in a practical manner. 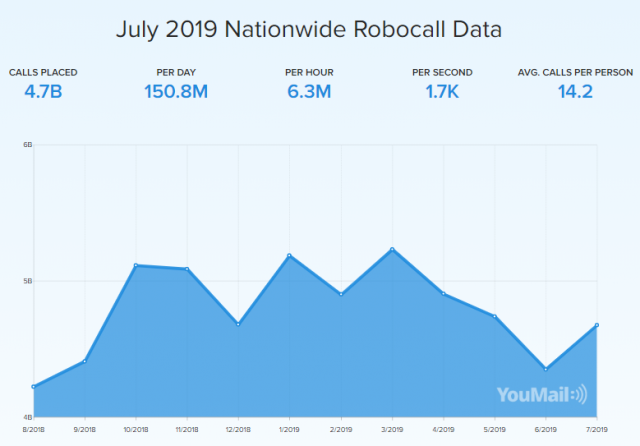 Billions of Robocalls a Year

Last year saw 85 billion spam calls across the globe. The types of scams vary. Some are phishing for bank or credit information by impersonating your bank, your phone company, or the IRS. Others simply want you scare you into calling back so that they can hit you with a bill for their pay-per-minute number.

But, the billions of calls wouldn't be possible without robocalling technology, which lets scammers call hundreds of potential victims simultaneously, and saves their vocal chords by letting them record a one-size-fits-all message.

The robocalling plague goes beyond scammers, however: You're likely to receive automated calls from telemarketers, payment reminders, and debt collectors as well. The US dealt with 4.7 billion robocalls in just the month of July 2019, according to the YouMail robocall index, which works out to 1,700 robocalls per second, for an average of 14.2 calls per person.

Interestingly, the bank holding company Capital One bank was the worst offender by far last month, with over 23 million estimated national calls, more than double the calls attributed to the runner-up, Comcast.

The US government hasn't been of much help. You can sign up for the national Do Not Call Registry, which makes it illegal for telemarketers to call your number. But, plenty of telemarketers won't obey, and the government can only investigate a fraction of them.

Our Current Response to Robocalls? Giving Up

What's the impact of a quarter of a trillion robocalls per year? For starters, it appears the official answer to robocall spam now boils down to “just give up.”

Robocalls are the Federal Communications Commission's top consumer complaint, with over 200,000 complaints lodged annually. Here's the best advice they can muster, the very first bullet point under their Consumer Tips to Stop Unwanted Robocalls and Avoid Phone Scams page:

“Don't answer calls from unknown numbers. If you answer such a call, hang up immediately.”

Of course, if you're the typical online millennial, you don't need this advice. You're already following it. As the 2018 Atlantic article “Why No One Answers Their Phone Anymore” puts it, telephone culture is disappearing. The younger crowd understands texting or messaging to be a far less invasive and far more practical way to stay in touch with everyone they know. Everyone they don't know? Voicemail.

The rise in texting may even have contributed to the rise of the robocall. As their targets grew more illusive, telephone spammers simply ramped up their efforts, using the increasing abilities of autodialers and spoofing tech to power billions of calls every month.

The Best Tech Solution Is Whitelisting

When it comes to blocking calls, we have two options – blacklisting and whitelisting. With a blacklist, every phone number found to be a spammer, scammer, or otherwise unwanted will be blocked from reaching you.

This would have worked fine if it weren't for spoofing, a trick that lets scammers “call” your phone from a number that isn't really theirs. If you've ever picked up a call because the number had your local area code only to find a spammer, you've fallen victim to spoofers.

Whitelisting is more drastic than blacklisting: It blocks everyone as the default, only allowing in any pre-appoved numbers from your phone's contact list. It's a drastic measure. Friends and family will get through, but anyone else, from spammers to legitimate callers like your dentist office or a school closing notification, will be sent to voicemail.

“Any unwanted call, even the totally legitimate and legal ones, create disruptions and anxiety,” says Will Carter of Ad Hoc Labs, the company behind robocall-blocking app Firewall. “Many people just want to get a text instead of a call in the first place! We surveyed the landscape and thought that a more extreme version of a robocall blocker was called for, so we built it.”

Firewall, which lets its users only receive calls from their whitelisted contact list, represents an evolution in anti-robocall apps that's designed to meet the rising tide of phone call spam.

“From the beginning, we knew we wanted to do something different from most of the other apps out there,” Carter explains. “We think of the whitelist solution as extreme robocall blocking and we think it’s the only way to really take back control of your phone and stop disruptive unwanted calls.”

Sure, whitelisting essentially means you'll never meet anyone new over the phone. But, for millennials, that's already the case, since phone calls have become inessential next to Slack, email, and texting.

But, even whitelisting can't solve the greater problem – robocalls are overwhelming our infrastructure with sheer force of numbers. Hospitals can't whitelist unknown numbers, after all. When it comes to robocalls, the US needs a systemic change. 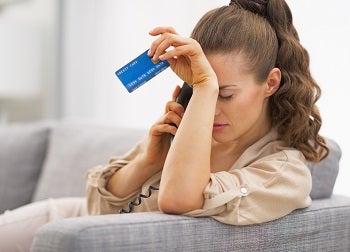 In May 2018, the FCC issued its largest fine ever: $120 million against Miami man Adrian Abramovich, who was found to have placed 96.8 million fraudulent robocalls for vacation deals.

It's an indicator that the FCC is beginning a (slow) move towards addressing the $350-million-a-year phone-scam crisis.

At least, that's what Scott Goldsmith, who, as a partner at law firm Dorsey & Whitney, deals with alleged violations of the Telephone Consumer Protection Act, thinks.

“This case is an example of righteous regulatory enforcement by the FCC,” Goldsmith tells me of the $120 million fine.

“Bad actors who engage in deceptive calling practices by masking their true identity can harm both individuals and the companies they falsely purport to represent. Law abiding businesses spend significant resources responding to complaints by individuals who receive calls from ‘spoofers' pretending to call on their behalf. The FCC’s forceful response in this case will hopefully dissuade some of these bad actors.”

Another signal that the government is taking robocalls seriously – the US House of Representatives just passed a bipartisan bill titled the “Stopping Bad Robocalls Act”. Among other regulations, the bill requires any robocallers to obtain the consent of those they contact.

If it's passed and enforced, the bill would be true to its name. But those are big “ifs”. Previous rulings from the FCC haven't quite materialized. The FCC also recently issued a rule allowing carriers to auto-block robocallers, but carriers have yet to update their systems.

And, according to Carter, changes in government regulations are largely behind the robocall scourge in the first place:

“One of the main reasons that robocalls have increased over the past couple of years,” he says, “is that an Obama-era FCC ruling was overturned last year that made it illegal for people like debt collectors to place automated calls. Those kinds of calls are now legal.”

The Future of Robocalls

The billions of robocalls we've weathered over the past few years certainly seem unsustainable, and new government regulations could potentially stem the tide.

At the same time, it's unlikely that we'll see this particular brand of audio spam fully disappear.

I'll let Carter have the last word in the near future of our battle with 85 billion annual tinny robo-voiced scammers:

“If history serves as a guide,” he says, “the spammers will find another loophole.”