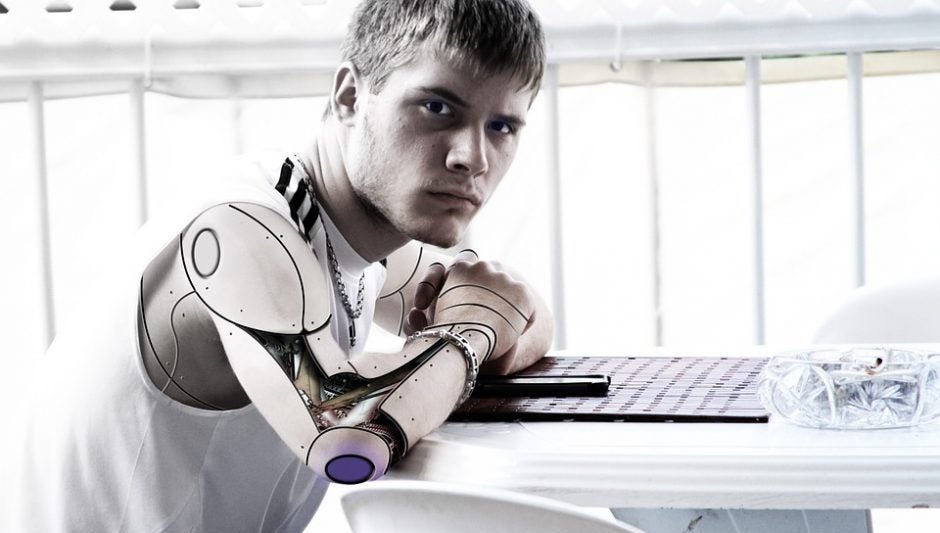 We’ve all heard the warnings of our impending dystopian future. We’ve read the books and watched the movies, and we know that soon, perhaps in our lifetimes, the robots will take over and humans will be the subservient ones. Our machines will outsmart us, and we’ll be relegated to the role of second-class citizens. OK, not really.

This isn’t to say that bots and automation are entirely bad, they absolutely do have their place in the modern industry. As for robots completely replacing people in the workforce, well, we just don’t see it happening. Here are five reasons why robots will never fully replace humans.

Artificial intelligence (AI) operates on stone cold logic. It’s rational, but humans are anything but. So, asking a rational presence to successfully work with an irrational one is a recipe for disaster. Consider the increasing prevalence of social media chat bots, which are programmed to answer questions based on a pre-programmed set of clues. That’s fine, but when people engage with chatbots, they’re not always looking for a rational, logical answer; they want emotional understanding, and they want to know that their feelings are valid and justified. Even the smartest AI chat bot can’t do that, or at least it can’t do it convincingly, with feeling and humanity. Sure, replacing humans with chatbots may seem like a good idea from a strictly financial standpoint, but from a customer satisfaction standpoint, it’s largely unsuccessful.

In any type of interpersonal communication, understanding cultural norms and slang is paramount to understanding. If you’ve ever had a friend from a country halfway around the world, you already know that some things are lost in translation. People either understand context (because they were raised within it or because they learned it), or they don’t – and robots just don’t. Additionally, because of robots’ inability to consider context, they’re less suited to analysis-type work.

Industries that could benefit from the evolution of robots

Jumping off of the first point about irrational thought, AI always goes for the most pragmatic solution without any consideration of how that might affect future customer relationships.

“Human interaction is irreplaceable when providing superior customer service,” said Jacob Munns, CEO, Boomsourcing. “It is interesting to note that, amidst monumental development in artificial intelligence, customers and potential customers still expect exceptional communication from the brands they interact with. Real human contact from customer service teams is becoming one of the leading differentiators in a competitive landscape. It is also a prime indicator of customer acquisition and retention long term. The future is about fusing humans with technology…not just technology. Humans should be the DNA behind the technology we depend on, or we will lose the connections we seek.”

Robots offer no emotion, they’re capable only of boolean functionality. That’s great for tasks that don’t depend on the complexities of human relationships, but for interacting with customers who are potentially emotionally volatile, people are a lot better than machines.

What’s more, robots’ lack of imaginative capabilities means they’re no good with anything that requires creative thought. There’s no arguing that robots are outstanding for taking on dull, repetitive tasks. In fact, they’re probably better than humans for them, since machine-level consistency is usually prized in mass production, plus the fact that robots don’t have feelings and therefore cannot get bored. Creativity, on the other hand, is the gift of humanity, and is not something that can be programmed into logic boards.

People Prefer to Talk With A Human

You can go on and on about the advantages that AI has to offer, but at the end of the day, robots won’t ever fully replace humans in the workplace simply because humans don’t want them to. Consider your own experience: when you call a business, would you rather talk to a person or talk to a computerized voice? A voice, of course. When you send a chat message or an email, don’t you want to know that there’s a person, rather than a programmed presence, on the other end of the conversation? Sure you do. When you’re trying to solve a customer service problem, don’t you want to talk to a person who can understand the nuanced details of your situation? Absolutely. For these reasons, plus the reasons listed above, robots won’t edge humans out of the workplace.

Read more about trends in robotics at TechCo

Lanre Onibalusi is a Digital Marketing Expert/Consultant with almost a decade worth of experience. He majored in Economics during his time at the University of Ibadan and is currently a self-employed entrepreneur. A huge part of his expertise involves research, writing, and public speaking. Some of his writings can be seen on LifeHack, Tech Cocktail and HuffingtonPost among others. You can follow him on twitter, or email him: oni@lanroni.com