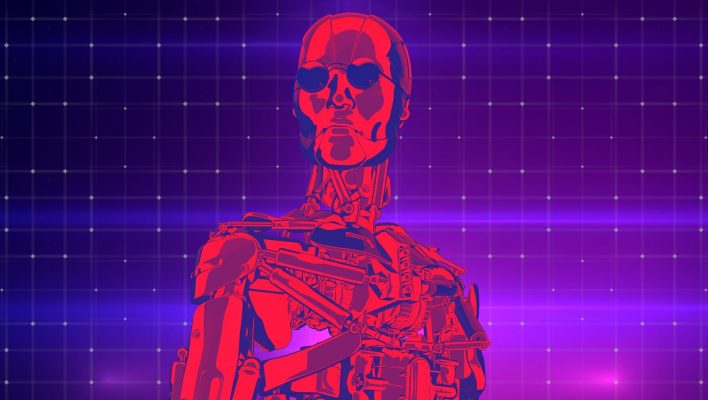 It's a narrative we've heard a thousand times before: robots are ruining the world. From popular movies like Terminator to conspiracy theories on social media, the notion that technology is somehow going to bring about the inevitable apocalypse is firmly cemented in the mind of the average American. Unfortunately, the notion appears to be true, just not in the sci-fi blockbuster way you're picturing.

Social media bots – AI-powered chatbots that generate automated messages –  have become a pesky staple of various platforms around the internet, particularly on Twitter. Until recently, these dubious accounts were often found trolling innocent content creators and retweeting outrageous theories about how the earth is flat to their four or five followers.

But now, amidst a global pandemic and civil rights movement, these bots have adopted a new strategy: fanning the flames of divisive unrest.

In the last few months, the world has become decidedly more contentious. Between widespread civil rights protests and a global pandemic, it would appear that tensions are high, particularly when you look at social media. Liberals and conservatives are at each other's throats in comment sections on an hourly basis, plaguing platforms like Twitter with lengthy comment threads filled with aggression.

However, the reality is that many of these argumentative accounts are likely just bots programmed to sew discord, according to a wide range of studies. Researchers at Carnegie Melon University found earlier this week that nearly half of tweets that were calling for the “reopening of America” in the face of the global pandemic were bots. And even for the times, that's a lot of bots.

“We're seeing up to two times as much bot activity as we'd predicted based on previous natural disasters, crises and elections,” said Kathleen Carley, director of the Center for Computational Analysis of Social and Organizational Systems and Center for Informed Democracy & Social – Cybersecurity.

The premature reopening efforts in the US aren't the only source of bot-fueled friction. The Black Lives Matter protests have also created widespread fights online, with scores of social media junkies taking to their favorite platforms to voice their displeasure. Unfortunately, studies showed that a large portion (more than one third) of those posting were also bots, and they tended to lean in favor of a particular type of person.

“Disinformation is spread on both sides of the political spectrum, but regarding the protests, it is overwhelmingly one-sided and targeted toward Trump supporters and Conservatives,” said Christopher Bouzy, founder and CEO of Bot Sentinel, to Digital Trends.

Twitter has had its fair share of problems throughout the decade. From widespread harassment to even more widespread harassment, CEO Jack Dorsey has struggled time and time again to effectively address the problems with the platform. And the bot problem is one that they just can't figure out.

While the exact number is obviously difficult to nail down, some studies have suggested that as many as 15% of Twitter accounts are bots. It's too many. Unfortunately, as Twitter points out, the nature of bots is a bit more complex than just eradicating them at the source.

“What’s more important to focus on in 2020 is the holistic behavior of an account, not just whether it’s automated or not,” wrote Yoel Roth, head of Site Integrity at Twitter, in a company blog post. “That’s why calls for bot labeling don’t capture the problem we’re trying to solve and the errors we could make to real people that need our service to make their voice heard. It’s not just a binary question of bot or not — the gradients in between are what matter.”

Protecting users is always a priority for social media companies, and it's a stance that's getting old, particularly for the many users tired of this lax approach to fixing their platforms. While having an account deleted because it has all the telltale signs of a bot is probably frustrating, it's far less frustrating than, say, living in a world where the lines between reality and fiction are blurred beyond recognition.

While it would be easy to blame one side or the other for the existence and proliferation of these social media bots, the reality is a lot more bleak and infinitely more complicated.

Take the outrageous misinformation campaign from Washington DC earlier this summer as an example. Dozens of Twitter accounts posted false images of the country's capital on fire and amidst a blackout, followed by hundreds of other Twitter accounts posting an identical message about the blackout being a hoax. News networks, social media users, and pretty much everyone was thrown into temporary madness trying to figure out what happened — which was nothing.

And that's the point. Bots are no longer being used to amplify ideas or troll celebrities. These AI-powered tools are specifically being used to sew discord and create dissension among everyday citizens trying to enjoy their time online. And, let's be honest, it's working.

“Conspiracy theories increase polarization in groups. It’s what many misinformation campaigns aim to do,” said Carley. “People have real concerns about health and the economy, and people are preying on that to create divides.”

Whether you talk to your colleagues, your friends, or your family, everyone is unanimously in agreement: the world is a contentious place right now. With these increasingly troublesome statistics about the number of bots driving these divisive global discussions, it's hard to argue that robots aren't ruining the world.