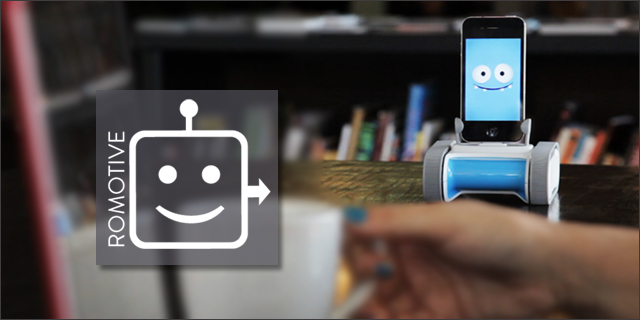 “Keller, we are 17 percent funded by noon on the first day.”

Romotive, the robot-obsessed startup based in Las Vegas, launched a Kickstarter campaign last night and has already raised $24,000. I stopped by for an interview at their office where, running on little sleep, CEO Keller Rinaudo and head of operations Jen McCabe are monitoring the campaign. Every so often, Romo the robot emits a “Yaaa!” – the geeky team has programmed it to shout for joy every time a Kickstarter pledge comes in. 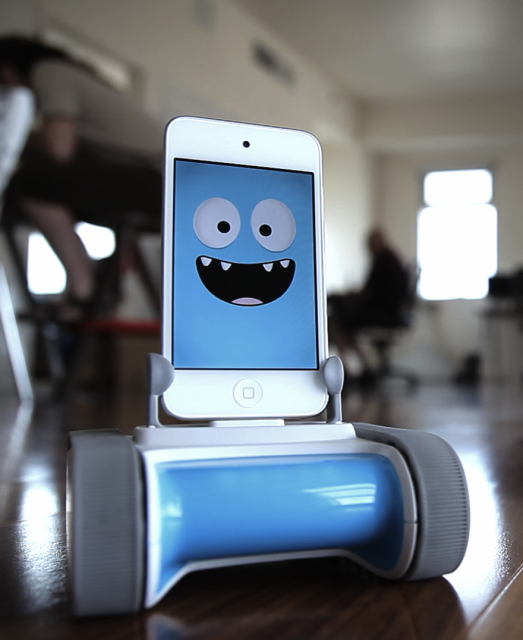 This is the second Kickstarter campaign for Romotive, to build the Romo 3: a personal robot that will be able to navigate by himself, recognize faces, and enable telepresence – you could play with your pets while at work, or play hide and seek with faraway relatives. He has 22 behaviors and expressions, from the excited yelp to a confused look to a loving gaze.

Romotive also announced $5 million in Series A funding led by Sequoia Capital today, which will help grow the team. It comes on top of early funding by the Downtown Project in Las Vegas, led by Tony Hsieh.

Romotive’s first robot, whose DIY nature was more targeted toward tinkerers, raised around $115,000 in a $32,000 Kickstarter campaign. The team, now 18, built the first robots in their apartment by hand, and shipped them out to customers. But for the second run, they’ll be producing Romos at a factory in China that can pump out thousands per week.

The big vision is to make fun, personal robots accessible to the general public. The Romo 3 sells for $150, and is even featured in a Neiman Marcus catalogue. To make Romo do everything the personal robot of our science-fiction dreams should do, Romotive is opening up the platform to other developers to build cool apps. And that should make robot enthusiasts, curious kids, and many others shout for joy. Yaaa!