Reports suggest that a Russian brand ambassador for Samsung is to be sued for $1.6 million, after she was seen on live TV using an Apple iPhone, instead of Samsung's flagship S9 phone.

Ksneia Sobchak was spotted using the iPhone X during an interview on Russian 24 hour channel Echo of Moscow, an embarrassing mistake that could prove to be an expensive one, as it breaks the terms of her contract with Samsung.

Sobchak isn't the first to be caught out for promoting the wrong product, and won't be the last, joining the likes of Opera Winfrey and Gal Gadot, who have made similar gaffs.

During a live broadcast on the Echo of Moscow channel, Sobchak was seen to check an Apple iPhone on the desk. Considering the rivalry between the two, it's understandable that Samsung would be somewhat upset about this, and it also contravenes the contract in place for the brand ambassador, which states that publicly she must use a Samsung model phone. 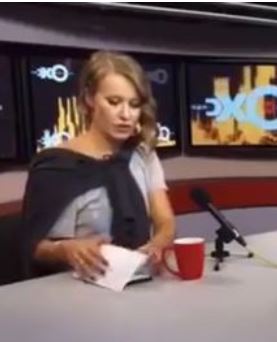 Sobchak appears to be wise to this, as during the broadcast, she holds up a piece of paper to block the camera's view of her iPhone. However, other cameras in the studio clearly pick up the offending phone from a different angle.

In her native Russia, Sobchak is a household name, for many reasons. She began her career as a reality TV star, and early on held a reputation as Russia's Paris Hilton.

In recent years she has diversified her resume and taken an interest in politics, possibly inspired by her father, Anatoly Sobchak, the first democratically voted mayor of Saint Petersburg. In 2018 she ran against Russian president Vladimir Putin, with her newly created Party of Changes. A bold move considering constant rumors (that she denies) that she is the president's goddaughter.

She is not widely known outside of Russia, as her media work is mainly Russian focused. Although she has starred in films, the titles that she has appeared in, such as Hitler Goes Kaput and Rzhevsky versus Napoleon, appear to have had little global appeal.

Fans of Britpop band Pulp may recognize her as the cover model from its 1998 This is Hardcore album. 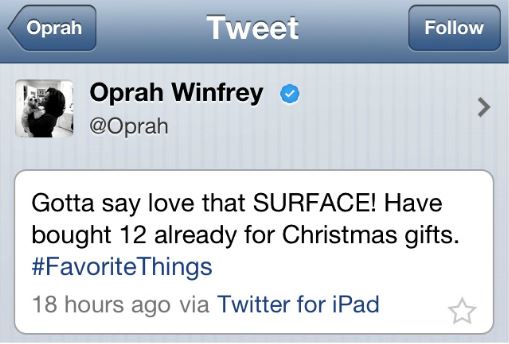 Sobchak isn't the first to be caught out for using a rival product while under contract. In 2012, Oprah Winfrey tweeted a gushing review of the Microsoft Surface tablet, stating that she had ordered 12 as Christmas presents, only for her tweet to display it had been sent on an iPad. Whoops.

Wonder Woman star Gal Gadot made a similar mistake when promoting the Huawei Mate10Pro phone. With the Chinese manufacturer looking to become a serious mobile competitor in the US, aligning with a Hollywood actor is a smart move. However, Gadot tweeted her glowing message about the Huawei Mate10Pro from an iPhone.

Gadot stayed on brand though, stating:  “Some people have asked about my recent post with my new Huawei smartphone, and think I am using an iPhone. I love my Huawei P20 and Mate10Pro. They are lifelines wherever I am in the world”. She blamed the mistake on her social media team.