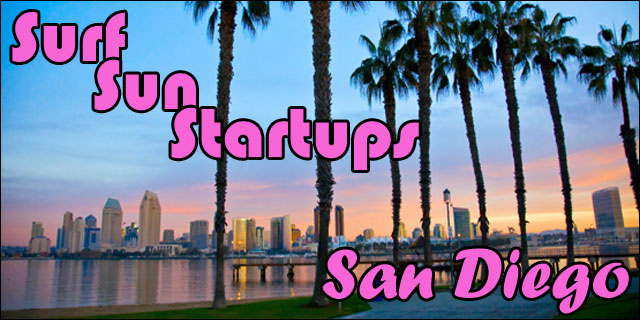 One of the major reasons that I decided to shine a spotlight on San Diego’s tech startup ecosystem is that fresh entrepreneurs in the city need to see that the issues standing in their way are only perceived issues. That is, the idea that there’s a lack of VC funding and poor talent retention isn’t based on any real data or fact.

Over the last few weeks we’ve heard tell from big-time organizations, leaders, and entrepreneurs in San Diego that the only thing holding the city back is a mindset. There are plenty of ways to get funding, and if you can’t retain talent in one of the most beautiful cities in the world, then the issues might lie inward.

To put a cap on this issue once and for all, I turned to Brian Mesic, a GP at Anthem Venture Partners, who recently decided to permanently relocate to San Diego. After all, if there’s no funding opportunities and weak talent, why would a big-time VC decide to move here?

Mesic believes that San Diego, while a young market, has a lot going for it. To him it’s a bit of a cop out to say that there are no VC opportunities, and we should collectively focus on the positive and how we can make a great city even better.

He was kind enough to take time out of his busy day to elaborate on his views.

Tech Cocktail: Why did you choose to relocate to San Diego?

Brian Mesic: It was a little bit of everything, but the bottom line is that I could. That’s a message that I’d love to see people here broadcast more strongly – you can do whatever you want in San Diego, you can build it here.

I also perceived San Diego to be an up and coming market. I’ve made six or seven investments in San Diego over the course of my career, so I’ve had my finger on the pulse for a while. It has always been a good city for tech investing, but there’s tremendous energy now from a new generation of entrepreneurs, and they’re going to leave their mark. In a lot of ways, this feels like Los Angeles did many years ago before its own “Silicon Beach” renaissance.

Tech Cocktail: Specifically, what does San Diego have going for it?

Mesic: San Diego has a lot going for it – a super educated workforce, local universities that produce more engineering and computer science graduates than just about anywhere else, the legacy of a strong military presence, proximity to Mexico, and some real opportunities to create game-changing companies because of the region’s dual strengths in tech and life sciences.

And of course the lifestyle thing: I’ve met transplants from all over the country who chose San Diego because they understood that they could build a company anywhere. They didn’t come here to retire – they’re still playing to win.

I do think it’s harder to raise capital here from venture funds, but that’s not the only path to building a company. There are great grassroots resources, and employees here are very loyal.

It would be great to see a hometown venture fund that would plant a flag here and really help promote the region in the way that Mark Suster has done so well for Los Angeles. But venture funds are only one part of a successful ecosystem, and I’m not sure they’re the critical ingredient. Brad Feld of Foundry Group has written extensively about startup ecosystems, and one of the underlying themes is grassroots organization led by entrepreneurs.

And I am seeing that happen in San Diego. Austin Neudecker and Melani Gordon have been doing great work with mentor nights. Startups are self-organizing into co-working spaces, mostly downtown. Brant Cooper has been leading the lean startup charge with meetups and other great events. And there are a bunch of early-stage investors like Allison Long who are participating in very hands-on ways to support and nurture the startup scene. There is a very real sense of community now.

Tech Cocktail: What advice would you give to San Diego entrepreneurs?

Mesic: If you want to raise venture capital, first work to understand just how high the bar is set: the bar is really, really, really high for everybody – not just San Diego startups. And check yourself before you even start down the VC path because it’s not the only path. If you’re committed to the VC path, get your ducks in a row so you look comparable to other startups that are successfully raising venture finance: have a great solution to a big problem, a killer team that’s all in, the right proof points nailed, world class product UX/UI, etc.

And understand that it’s almost always a long, painful slog. You have to be a honey badger.  You’re going to get the door slammed in your face a lot, but that’s a day in the life of an entrepreneur.

Make sure you get connected to the local startup community. There are a ton of great resources like entrepreneurs who give their time to help fellow entrepreneurs organize programs like Evonexus. And besides the benefits of just belonging to a supportive community of peers, I think there’s value in understanding the path other entrepreneurs have taken. There’s a danger in getting too caught up in the hype around some of the more public startup success stories. Again, there’s more than one path, and San Diego will never be Silicon Valley, which is perfectly and totally OK.