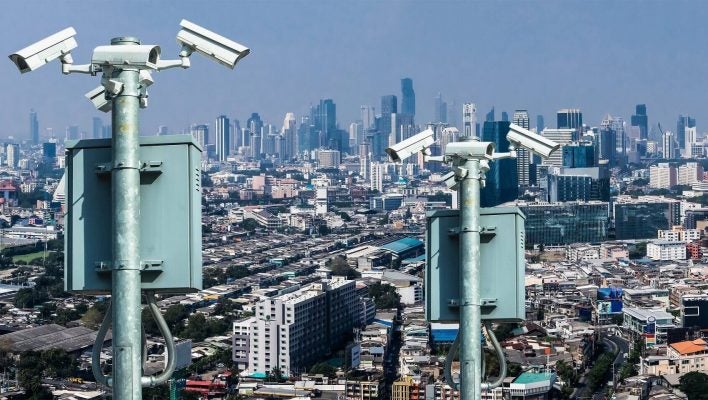 One Silicon Valley exec has been building a private surveillance network of a more than 1,000 HD cameras around San Francisco for the past eight years.

The task, which has put Chris Larsen out nearly $4 million, is aimed at fighting non-violent crimes, like break-ins.

During 2020's Black Lives Matter civil rights movement, though, the high-def surveillance network is raising some eyebrows. It sits right at the intersection of two systems we're currently reevaluating as a nation — country-wide racial prejudice within the police force, and privacy concerns within the tech industry.

After all, isn't this kind of the same system that Batman made a big deal about destroying at the end of The Dark Knight?

Chris Larsen, co-founder of the blockchain-powered payment company Ripple, didn't just come up with his plan for heightened security recently, he's been working on it since 2012. Today, the network covers 135 blocks of the densest neighborhoods in San Francisco, the New York Times reports.

It's a private network, which means that cameras are all installed on private property, with the consent of home and property owners.

Larsen works with a “neighborhood coalition” that monitors the cameras, which are constantly recording, although footage is deleted after 30 days.

How the SFPD Benefits

The camera network, although privately funded, is available as a tool for the police force, provided the property owner in question agrees to offer up the footage.

Not only does Larsen help fund SF SAFE, a non-profit that the San Francisco Police Department states it has a “longstanding partnership” with, but he frames the camera network as an upgrade over the police's own equipment.

Like many departments across the US, however, the San Francisco Police Department’s annual budget has been healthy for a while. Even when adjusted for inflation, it has risen by $170 million in the past decade, and the department has added over 500 new officers and staff, the San Francisco Chronicle reported last month.

The System has Critics

At a time when the majority of US adults approve of the Black Lives Matter movement, Larsen's efforts to increase the surveillance available to the SFPD is getting some pushback.

“An uncritical story about how a tech mogul can buy better surveillance technology than the police have, and cite no dissenting views, is not ‘balanced,'” Sarah Milstein, Senior Director of Engineering at Mailchimp, stated on Twitter.

The private camera network appears to be operated under the assumption that police departments need more power rather than less, and there's no indication that Larsen or others have considered the racially biased systems already in play. Neighborhood associations themselves are not immune to the biases found in the US justice system, as the hyperlocal social networking app NextDoor has proved many times over.

Other tech leaders have spoken out about the potential for the network to chill free speech or evolve into biometric data collection, citing a similar program, Detroit's controversial Project Green Light.

On one hand, Larsen has been upfront about his methods and goals. But on the other, he frames the private surveillance network as an alternative to a police department, despite the ways that it could be used to offer more power to the police force rather than less.

Those methods don't seem as appropriate to many Americans now as they did when Larsen first put his system in motion. The United States in 2020 isn't primed to accept ramped up surveillance that aims to put more people in prison.