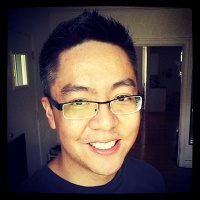 Startups are all about breaking paradigms and creating new possibilities. At Seattle Startup Week 2015, Lee Ngo is interested in educational models that condenses the time frame necessary to learn. Lee was inspired by his experiences of Startup Weekend and their premise of “What if we could put the curriculum of the first year of a MBA program into a single weekend?” This re-imagining of what school means is what Lee strives to carry out.

Lee proudly told me he is a PhD dropout. I found that interesting, given his involvement with educational programs at Galvanize. Therein lies the paradigm shift,the result of better connectivity and information availability. Traditional educational models are quickly becoming obsolete. Lee said even major universities are beginning to offer different types of educational experiences. There is still a need for buildings and classrooms, but not in the usual and expected way.

Lee is involved with several panels and events at Seattle Startup Week.  On Monday, October 26, he will moderate a discussion about why you should hire a data scientist for your company. Later in the day he will play ping-pong and attempt to win a lip sync competition. There is some debate about his chances of winning either. I plan to test his assumptions.

On Wednesday, October 28, Lee hosts Hack the Dot at Galvanize in Pioneer Square, where he says the fun of being involved with the start-up community will come forth. The event is sponsored by name.com. Lee said this event is about taking a funny idea and trying to make something out of it in a short, condensed hack-a-thon. There will be plenty of food, fun, and free stuff from sponsors making the event memorable.

The main focus of the week for Lee will be Friday, October 30, when he hosts Rethinking 21th Century Education. You can go to the event page and see the list of participants for this panel. Lee told me he hasn’t met any of them face to face, and that is great, he said. He hopes it is a passionate and interactive event that will evoke memories of the Jerry Springer show without the fights, chair throwing, and need for security.

Lee is an authentic and genuine member of the startup community in Seattle. He grew up in Portland, OR then made his way to the East Coast for love and work. After working in video and marketing, he started his own company Scholar Hero. He has first hand experience in advanced education from his time as a professor at Strayer University where he taught advanced sociology and worked on his startup. After his time there, he decided sharing his experiences of the startup world was the next logical step. He became deeply involved with StartupWeekend speaking at several events in Miami and New York.

Coming to Seattle was the next logical step for Lee after his great experiences in Pittsburgh. He told me he certainly misses the startup community and all the people. The offer to move to Seattle and work with Galvanize was one he couldn’t pass up. He called Seattle a top five startup community. He said the people here are very talented and willing to serve their community to make things better. That is what Lee is about. The opportunity at Galvanize is one that he feels fits his skills and interests the best, and that’s what led him to move back to the West Coast. “When others see you aren’t just out for yourself is when real change will happen,” he said.

I asked Lee what his advice would be to those who seek to enter the startup world. He said “Be the change you want to see. I have done this for only three years. The amount of things we’ve accomplished in that time is amazing.” He encouraged those who seeking entry to keep going, keep creating content, and pay attention. “I think the best entrepreneurs are the ones who listen.”