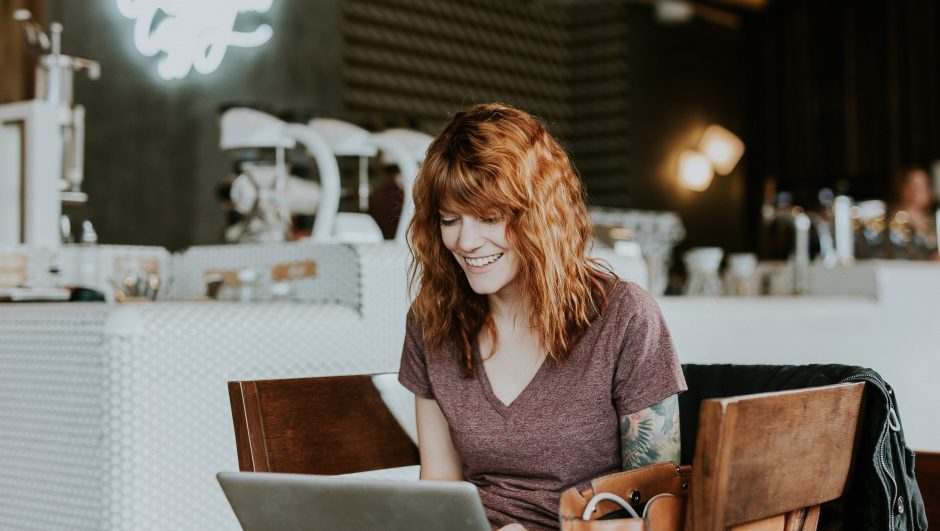 Being obsessed with startups is something Logan LaHive, the new managing director at Techstars Chicago, is willing to admit.

“I’ve always been involved in a startup and sort of obsessed with startups and technology. My heroes, and the people I’ve looked up to, have been people in tech companies,” said LaHive.

LaHive had been an early-stage startup employee at technology companies such as Redbox and PayByTouch. Eventually he became the founder and CEO of Belly, the leading loyalty program and marketing solution that helps businesses enhance digital connections to strengthen customer loyalty.

Since the beginning of 2011, Belly has raised $24.98 million from notable investors, including Andreessen Horowitz, Lightbank and Silicon Valley Bank. LaHive contributed much of his early success to meeting investors through startup events and surrounding himself with a team that is fueled by passion.

“I was working at RedBox and attended a Tech.Co (formerly Tech Cocktail) event and through Frank Gruber ended up meeting a few investors and life-long friends in the technology community. The next day I went to pitch the idea for Belly to this investor in Chicago and it just so happened that I was hanging out with the analyst from the venture firm the night before. I feel that social validation helped me get the seed funding [we needed],” LaHive said. 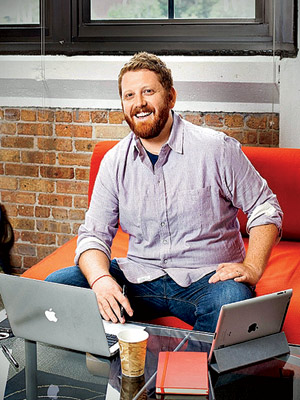 LaHive has since stepped away as CEO from Belly but continues to be involved through the Board. After taking some time off, his true calling to help startups and mentor led him to Techstars Chicago where his friend Troy Henikoff decided to move on to other adventures. LaHive had been a mentor to the Chicago community since 2010, even at RedBox, and he felt this was the place for him to make an impact.

In a blog post, LaHive said his intentions as managing director include investing in bad ideas, adding value to founders and teams, encouraging inclusivity, actively seeking diversity, and accepting that failure is part of the journey.

While he’ll provide most of his advice from his desk in Chicago, he did offer some secrets to building a business with me that he learned along the way.

During the early stages, meeting people and telling them what you do is key to getting the word out about your company. Always building relationships is important, as you never know who you are going to meet.

“Networking opportunities like Tech.Co (formerly Tech Cocktail) events, is probably one of the main things that led to seed funding. Going into my initial validation and funding meetings I would have had a zero chance with a VC from a cold intro. Social validation and a referral is important and a dirty secret in tech.” LaHive said.

Secret #2: It’s About the Team

In early-stage funding, 9 out of 10 key criteria for venture capitalists is the team. When talking with an investor, make sure they understand the depth of expertise in an industry or specialty of each team member and the value they bring to the company.

“Rather than idea or anything else, knowing people and having them know you, or how focused you are in a space, is critical to an investor,” LaHive said.

Secret #3: You Have Money, Now Go Focus On Traction

While staying active in the community and meeting new people is good, once you get that seed round, it’s time to hit the gas and gain customers.

“Look on any city's startup community site and there’s a different meetup every night, and that level of networking has to stop at some point. I focused on networking when Belly was pre-product and raising seed. After getting seed funding and early investors, I literally stopped going to anything. My team became hyper-focused on product or selling and writing hard core code. I was going to coffee shops before they opened to get the business owners before their rush. I just focused on actively selling and working on product at night,” LaHive said.

Ask any founder how they built their business and you’ll get an array of different answers. There isn’t one perfect way to build a business, you must figure out what works for your company and leverage your mentorship network.

“There is no standard or perfect way to build a business. There are a number of popular books that talk about building a business, but if you look at AirBNB, UBER or Facebook, they all have completely different founding stories. A strong team is the key criteria and there isn’t any model that works,” LaHive said.

Getting known in your industry through media coverage can certainly help gain early adopters, customers, even investors, but it needs to be strategic.

“Media coverage totally depends on the company and there is no template. If your business is selling a product in [a particular vertical], it may not need it. [However,] if you are looking at raising a venture round from investors who are in a consumer product, then the coverage does matter and that’s an early part of tractions. For Belly, we would focus more on tech press when we were focused on fundraising, but for consumers, I would focus on TV in the D.C. or Chicago markets where the consumers [lived]. Your PR strategy has to be strategic and coverage could help you gain leverage,” LaHive said.

LaHive’s main advice to founders who wish to help their community is this..

Get more startup advice to build your business here on Tech.Co